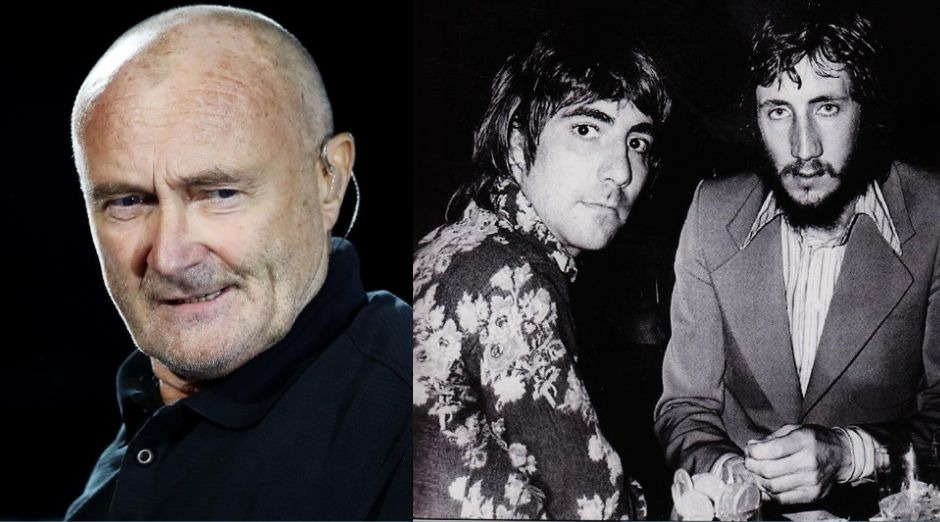 Phil Collins revealed in an interview with Louder Sound that he offered himself to replace Keith Moon in The Who after his death.

Phil Collins said he talked with Pete Townshend about it:

“I was working with Townshend just after Moon died, and I said to him, ‘Have you got anybody to play the drums? Because I’d love to do it. I’ll leave Genesis. Pete said, ‘Fuck, we’ve just asked Kenney Jones.’ Because Kenney Jones, unbeknown to most people, played on stuff when Keith was too out of it.

When asked about how he ended up playing on George Harrison’s “All Things Must Pass” album, he said:

“That was when I was in Flaming Youth. Our manager got a call from Ringo Starr’s chauffeur, who said they needed a percussionist, and he suggested me.”

“So I went down to Abbey Road and Harrison was there and Ringo [Starr] and Billy Preston and Klaus Voormann and Phil Spector, and we started routining the song. No one told me what to play. Every time they started the song, Phil Spector would say: ‘Let’s hear guitar and drums,’ or ‘Let’s hear bass and drums.’

“And I’m not a conga player, so my hands are starting to bleed. And I’m cadging cigarettes off Ringo – I don’t even smoke, I just felt nervous. After about two hours of this, Phil Spector says: ‘Okay congas, you play this time.’ I’d had my mic off, so everybody laughed. But my hands were shot.

“And just after that they all disappeared. Someone said they were watching TV or something – and I was told I could go. Few months later I buy the album, look at the sleeve notes and I’m not there. And I’m thinking: ‘There must be some mistake!’ But it’s a different version of the song, and I’m not on it.”