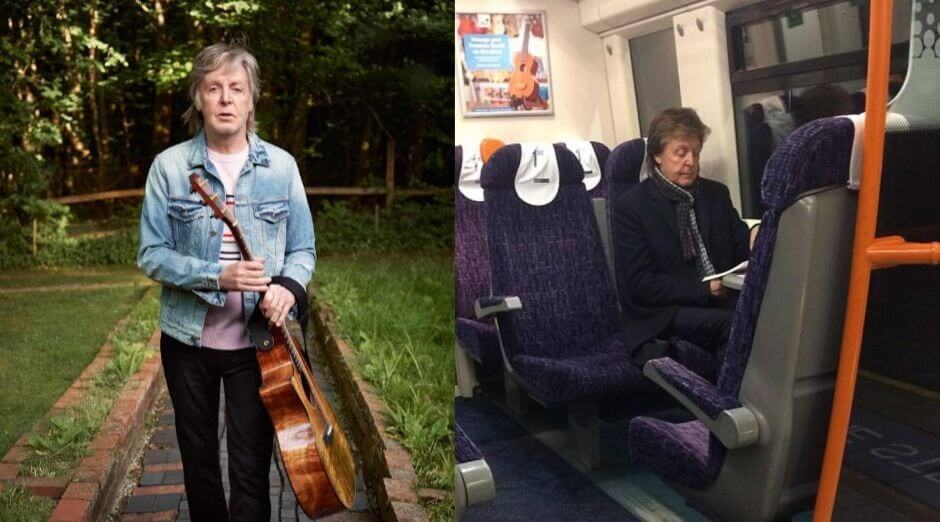 Paul McCartney revealed in an interview with GQ Magazine he still uses public buses to travel. The Beatle told some stories of people recognizing him as a passenger and how using this public transportation makes him feel more more like himself. 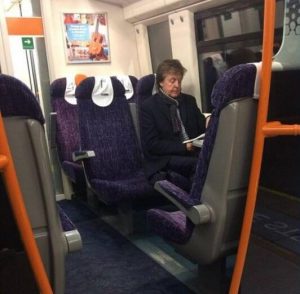 “When I was a kid, I’d get on a bus, just going three or four stops, and get off, look around. I remember years later, George Harrison said to me, ‘Do you still go on buses?’ And I said, ‘Yeah. I like it. I find it very grounding. And I actually do like it. I also like a nice car and I like driving too. But there’s something about that, being ordinary…”

“I mean, I know I can’t be ordinary, at all – I’m way too famous to be ordinary – but, for me, that feeling inside, of feeling like myself still, is very important. Once, I went into New York from Long Island on the bus they call the Jitney. It takes about three hours. And I was loving it because I had a long book that I was trying to finish – it was a Dickens, Nicholas Nickleby.”

“I was really into it and so I wanted some time to read it. So, I’m on the Jitney and when people came on and sat next to me and they started talking to me I said, ‘I hope you don’t mind but I’m trying to finish this book.’ Anyway, the Jitney stopped in New York, just a few blocks short of where I was going, so I thought I’d take a bus the rest of the way. Amazingly, I had the right change, so I got on the next bus.”

People noticed him on the bus:

“When I did, I noticed that everyone had noticed me, but they’re all being cool and they’re not saying anything. They’re all New Yorkers, looking straight ahead, even though I’m aware they’ve noticed I’ve got on the bus.”

“Then this black woman pipes up from the back of the bus: ‘Are you Paul McCartney?’ I said, ‘Yes, I am.’ And she said, ‘What are you doing on this bus?’ And I said, ‘Why don’t you stop shouting and come and sit next to me?'”

“And you could see everyone’s shoulders heaving. They’re loving this. She asked me where I was going. I found out she was going uptown to see her sister and we ended up having this lovely conversation. That’s why I like a proper conversation. Being ordinary. I love that. It means a lot to me – maybe too much to me. I wouldn’t have wanted to get on the bus and sort-of announce myself. ‘Hi, it’s Paul McCartney! What do you think of me?’ I could no more do that than fly.”