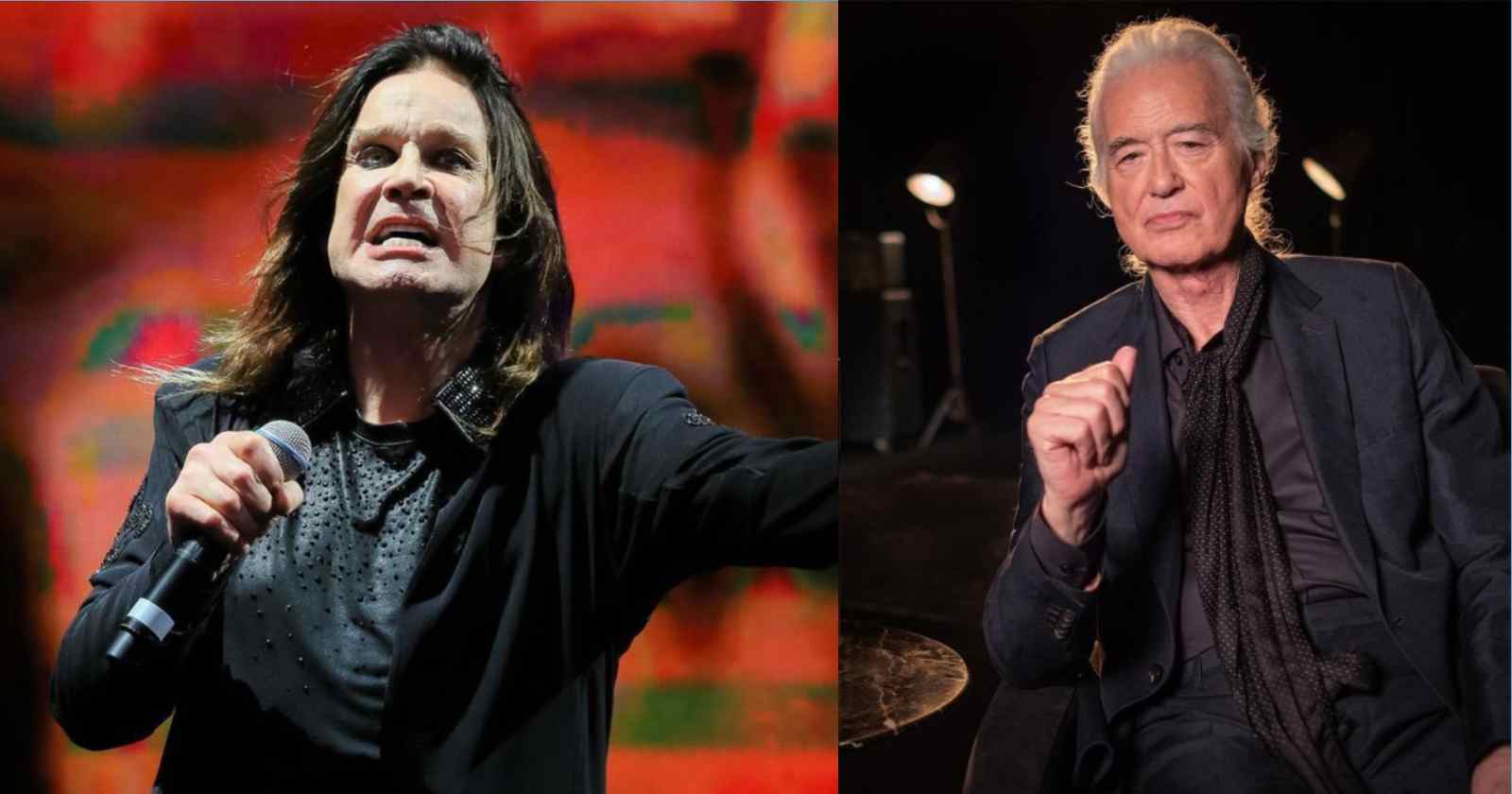 Red Hot Chili Peppers drummer Chad Smith, who played on the untitled upcoming Ozzy Osbourne solo album revealed that Jimmy Page was invited to play on the record, but by what Smith said, it seems that Page declined. “We tried to get Jimmy Page. we tried to get the holy trinity, but I don’t think Page plays anymore too much, unfortunately,” Chad Smith said in an interview with “Talk Is Jericho” podcast (Transcribed by Blabbermouth).

Drummer Chad Smith talks about Jimmy Page invitation for next Ozzy Osbourne album and what Eric Clapton and Jeff Beck did:

“Tony Iommi and Ozzy have never collaborated outside of Black Sabbath. Tony sent us a bunch of riffs and we took what we thought was the best of ’em, which was fucking great. So Andy’s on the bass doing fucking great — the bass on the song is amazing. And Tony sent us the riffs — files; he’s in England — and we played to it. It’s fucking got everything. It’s got all the stuff that you would want. Ozzy loves it. And so he’s on that track. Then Eric Clapton plays a fucking wah-wah Cream-type solo.”

“We’re, like, ‘Eric, can you solo on this song? Wah-wah, please. Eric, what do you think about this, with the wah-wah?’ Because that’s his fucking thing. And so he’s soloing all over this other track. Then Jeff Beck is on two songs. We tried to get Jimmy Page, we tried to get the holy trinity, but I don’t think Page plays anymore too much, unfortunately. But Mike McCready’s (Pearl Jam) on a track. Josh Homme, my neighbor from Queens Of Stone Age, solos on a track. And then Zakk Wylde is on the record as well, all over it. So it’s like if you’re a guitar player, it’s pretty fucking good.”

What Tony Iommi said about the record

The legendary Black Sabbath guitarist Tony Iommi talked with Rolling Stone in 2021 about the track he recorded with Ozzy, saying: “As you’ve probably read, I worked with Ozzy for his album. I wrote the whole track and played on it and played the solo on it. It’s horrible, really. … No. I’m joking.”

“No, it’s good. It’s really good. And I like what Ozzy sang on it. I think he did a really good job. And I think they had Chad [Smith] play drums on it. I’ve left it in their hands now.”