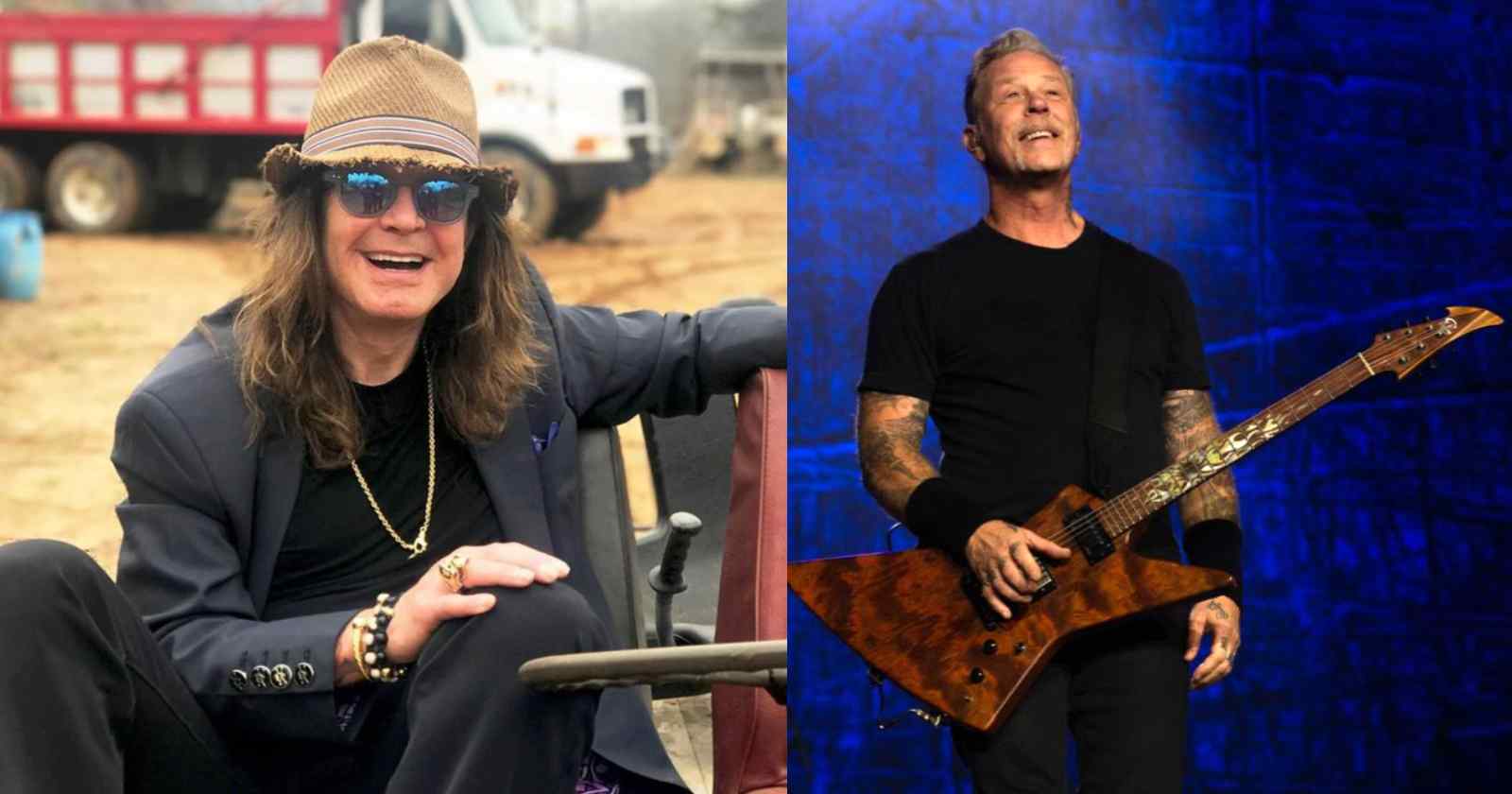 The legendary Black Sabbath vocalist Ozzy Osbourne was surprised when he was asked by Metal Hammer if he liked the cover that Metallica did of the band’s classic track “Sabbra Cadabra” from the album “Sabbath Bloody Sabbath” (1973). The musician said that he had no idea the Thrash Metal band that inducted Sabbath into the Rock and Roll Hall Of Fame had covered the song.

The Track was released by Metallica on their 1998 successful covers album “Garage Inc.” On the same record the band paid tribute to bands like Diamond Head, Motörhead, Misfits, Lynyrd Skynyrd and Queen.

Ozzy Osbourne had no idea Metallica had covered “Sabbra Cadabra”

When asked by Metal Hammer his opinion on Metallica’s version for “Sabbra Cadabra”, Ozzy said: “I didn’t know they’d done that!”. During the same conversation, the Prince of Darkness recalled that he first saw them at the Sunset Marquis in Los Angeles back in the 80s and not long after that he took the group on tour as his opening act. They came right out of their box; people loved them. They brought along a great following, which helped them take off down the line. They were all nice guys, so I was happy when my old bass player [Rob Trujillo] ended up playing with them,” Ozzy said.

The musician also recalled that he heard them playing “Paranoid” in their dressing room and thought they were “taking a piss” at him but he then discovered that they were actually big fans.

“While we were on tour, I’d keep seeing James hanging about, like he wanted to ask something. Eventually he walked up and said, ‘We want to play Paranoid with you’, and we were like, ‘Sure!’ – then they showed just how big Sabbath fans they were. Cliff had a massive smile on his face the whole time.”

Metallica frontman James Hetfield and drummer Lars Ulrich were the ones who inducted Black Sabbath into the Rock and Roll Hall Of Fame back in 2006; Hetfield said in his speech (Transcribed by Rock and Roll Garage): . “Black Sabbath is mammoth riffs with menacing lyrics that make me ‘oh so happy’. That was going to be my speech (Laughs).”

“Those monstrous riffs lived inside him (His 9 year-old version). Spoke the feelings he could never put into words. Sending chills of inspiration through him from those gloomy lyrics, outlaw chords and all. They helped crack the shell he was stuck in. Also scaring his mother and sister was an extra bonus (laughs)”.