Download Festival, one of the largest and most important Rock and Metal festivals in the world, has announced the three headliners of the 2018 edition.

The festival takes place annually in Donington Park in England and will have more attractions released soon to complete the lineup. 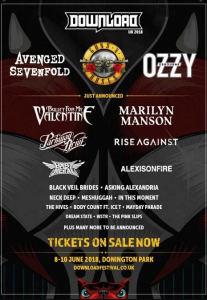