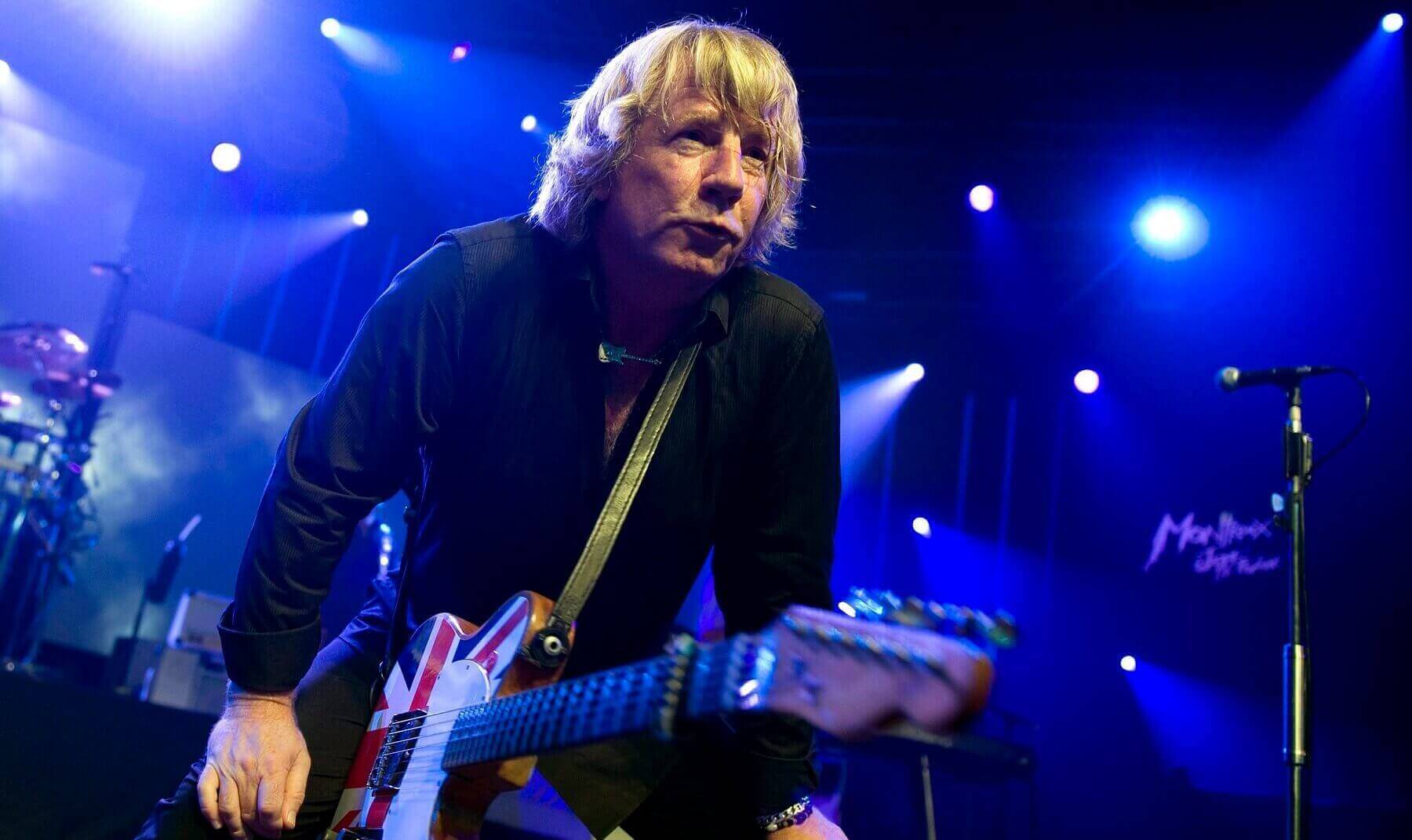 24 december marks the passing of the legendary Status Quo guitarist, Rick Parfitt. The musician died in a Marbella hospital at lunchtime on 24 December 2016 from sepsis. He was admitted in the medical center on  Thursday evening, 22 December. He died following an infection of a pre-existing shoulder injury and his funeral was held at Woking Crematorium on 19 January 2017.

Born in England in 12, October, 1948, Richard John “Rick” Parfitt was an musician, best known as a singer, songwriter and rhythm guitarist for the legendary band Status Quo. 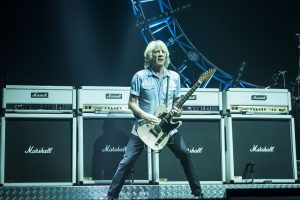 He began his career in the 60s, playing in pubs and holiday camps. Around 1967 he joined Status Quo when they were looking for an additional singer. Parfitt wrote songs for the band and remained with them for 49 years and occasionally guested in other bands and recorded an unreleased solo album in 1985.

Parfitt’s father was an insurance salesman “who was a drinker and a gambler”, and his mother worked in cake shops. He described his upbringing as “wonderful”, and described his childhood self as a “typical naughty boy”. At the age of 11 he started to learn to play the guitar.

Back in 1963 he was playing the guitar and singing in a pub in London, when an agent of a camp approached his father and offered Parfitt a performing job. At the camp Parfitt joined Jean and Gloria Harrison, performing at the time as the double act The Harrison Twins, to form a cabaret trio called The Highlights.

After that Following the season, the Harrison Twins’ manager Joe Cohen who had been one of the Keystone Cops—arranged for The Highlights to perform at Butlins in Minehead. It was at Butlins that Parfitt met future Status Quo partner Francis Rossi, who was playing with Alan Lancaster and John Coghlan in a band called The Spectres (soon to be renamed Traffic Jam) a forerunner to Status Quo. After Parfitt became friends with the band, their manager Pat Barlow invited him to join the group as they needed another singer.

Around 1967, Traffic Jam became Status Quo, and it was the beginning of almost 50 years in the band. They quickly had a hit in the charts, the classic “Pictures of Matchstick Men”.

“Down Down” by Status Quo

The band was highly successful in Europe, Japan, Australia and New Zealand throughout the 1980s and 90s, and were the opening act for 1985’s Live Aid and their music continues to gather fans all over the world.

Around February 2015 the band had sold over 118 million records worldwide. Parfitt and Rossi were appointed Officers of the Order of the British Empire (OBE) in the New Year Honours 2010.

“Rockin’ All Over the World” by Status Quo

At the time of his death, Parfitt was the longest lasting member of Status Quo aside from Francis Rossi, that co-founded the band in 1962. He wrote some of their greatest hits, sometimes in collaboration with the group’s keyboard player Andy Bown, among them “Whatever You Want”, “Again and Again”, and “Rain”.