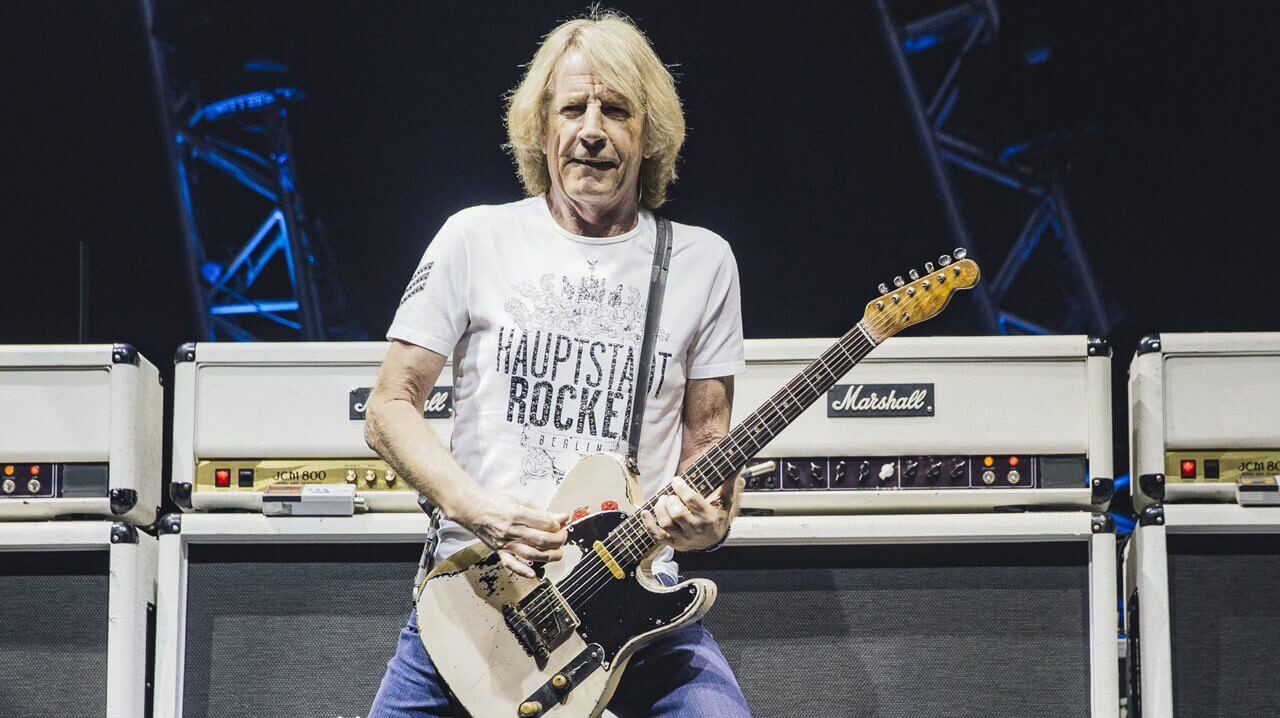 “Without You” a solo song from the late legendary rocker Rick Parfitt of Status Quo was released.

When the awful news broke almost a year ago on Christmas Eve 2016 that Parfitt had passed, fans around the world were devastated that one of rock’s most iconic performers had gone. However, unknown to almost anyone, Parfitt had, in fact, virtually completed his first solo album while in a period of recuperation after his heart attack in July.

The album, called “Over And Out” will now be released on March 23 through earMUSIC.

And the it features 10 brand new songs, including the title track that broke hearts anew when it was played at Parfitt’s funeral.

The record was created by Parfitt and producer Jo Webb. Despite the fact Parfitt had finished recording his guitar and vocal parts, a recording session was planned for February 2017. Some tracks were not totally finished when Parfitt died. The call to help ensure that his work could be completed, so that the world could hear it, was answered by musicians of the caliber of Queen’s Brian May and Muse’s Chris Wolstenholme, both close friend’s to Parfitt.

His son, Rick Parfitt Jr., was also involved in the creative process, as were John “Rhino” Edwards and Alan Lancaster, amongst many others. All of those involved in completing the songs that Parfitt had written for “Over And Out” have done him proud in bringing his vision to fruition.