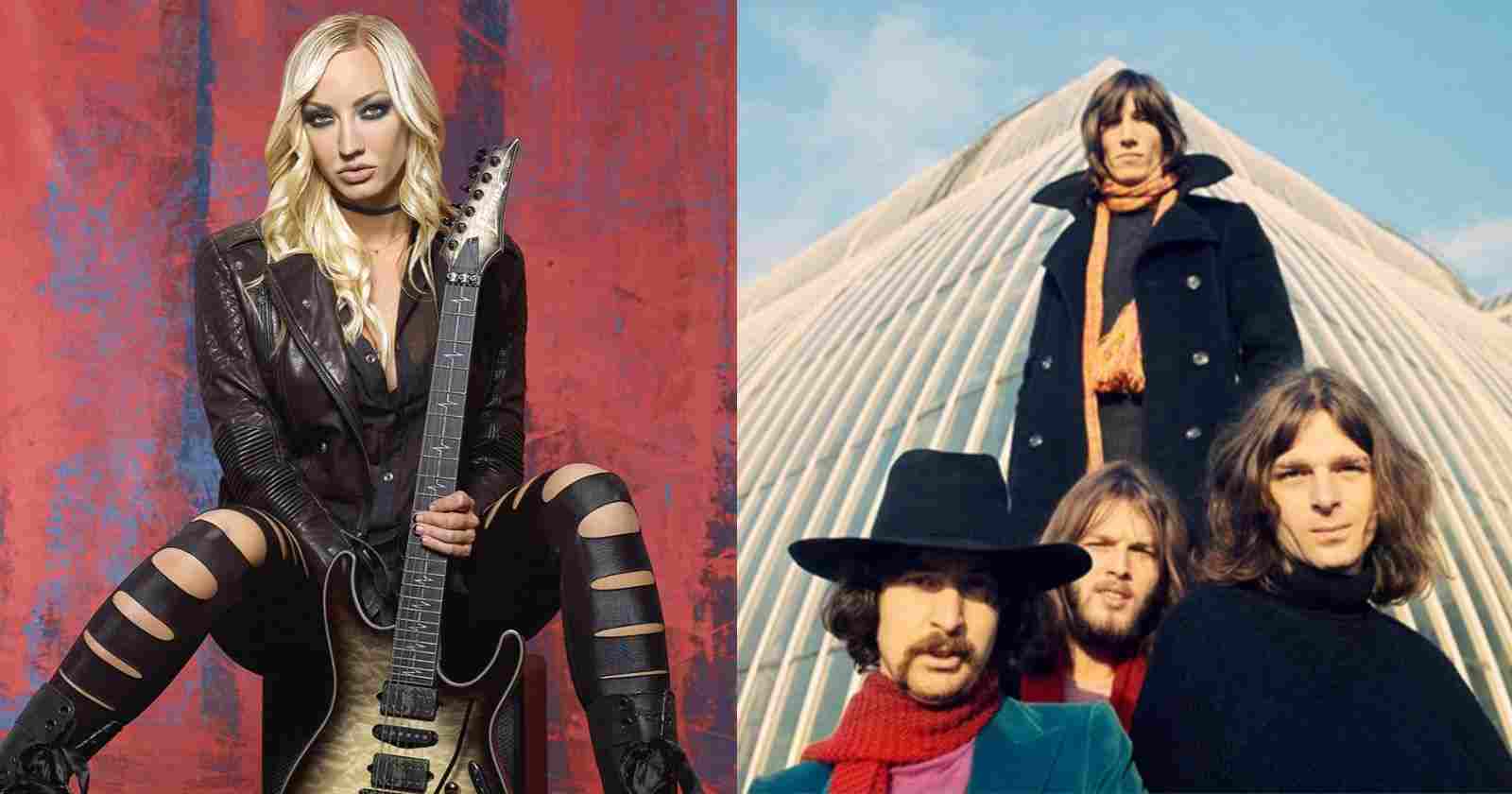 Pink Floyd is one of the biggest bands of all time that has “Dark Side of The Moon”, one of the best selling albums in history. However, Alice Cooper guitarist Nita Strauss revealed in an interview with Rob’s School of Music that she doesn’t know nothing about the band.

Nita Strauss says she doesn’t know nothing about Pink Floyd:

“I am aware, yes, I’ve been told, I have a lot going on. [Laughs] I was on-stage with Alice – and we don’t rehearse, we just do long soundchecks for a couple of days before the tour, and this is even before we’re starting a new tour.”

“We hang out on-stage, but we don’t ever do formal rehearsals. I’ve never done it once with him. So we were getting ready for a tour sometime in 2016-2017, and we were gonna do ‘My Generation,’ I think, by The Who, I can’t remember… No… I can’t remember – it was a different song.”

“They all had this big grand reference, this big discussion going on about ‘Tommy,’ which I still have not seen. [Chuckles] And they’re like, ‘You haven’t seen that?’ The same thing with ‘The Wall,’ ‘The Dark Side of the Moon’ and all this stuff – this whole frame of reference that, playing in a classic-rock band, I do not have.”

“And it’s like being the only one that wasn’t invited to the party. [Laughs] And Alice was so horrified, I thought he was gonna send me home, like, ‘Go home! Go to your room and watch ‘Tommy’ right now!’ [Laughs] But he was like, ‘Who even are you to be standing here with me, telling me that you don’t know this incredibly important piece of music history?'”