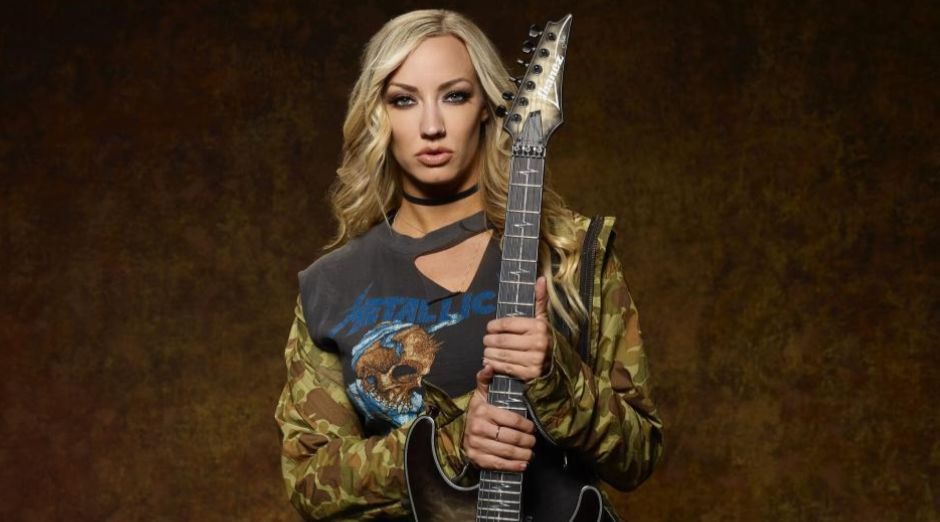 Alice Cooper guitarist Nita Strauss was elected the best guitarist in the world nowadays by Total Guitar. She was was in the first position of the list “Top 10 Guitarists Right Now”. She is the first female signature artist with Ibanez guitars. Nita also is part of a long line of classical musicians, since one of her ancestors on her father’s side of the family is the Austrian composer Johann Strauss.

About being elected the best guitarist in the world nowadays, Nita Strauss said:

“I was just excited to get this Top 100 Total Guitar issue with Brian May on the cover, much less find out that I’m in it too! Thank you so much, Total Guitar. I am beyond honored to be mentioned anywhere on this list, and now I’m even more excited to get it!”

Nita started touring with her own band as a teenager. She left high school in her junior year to pursue a musical career. She was known at the beginning for playing with Iron Maiden all-female tribute band The Iron Maidens.

In 2014 she was hired to replace Alice Cooper’s guitarist Orianthi. In 2019 she released her first solo album called Controlled Chaos.