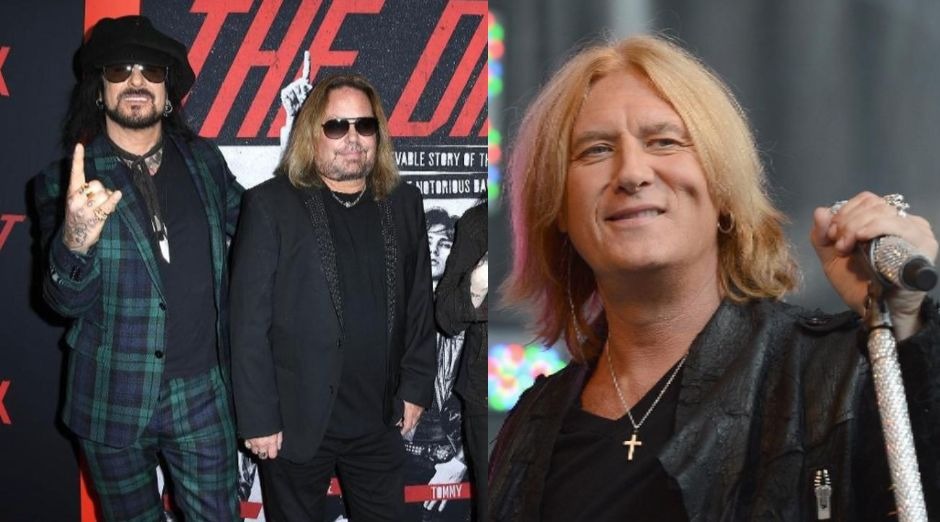 Def Leppard has no concerts booked until now for 2020, what would really make the possibility easy to come true and the band already toured with Poison in 2017, that is the other band that Rolling Stone said that would be on these concerts.

“2020 is really the dream. I’m working real hard right now to put together something incredible with some other bands for next summer.” A new Poison recording, he adds, “would be amazing. I don’t think an entire album, but at least one song; I’d love to do that. It’s definitely on the wish list.”

The text points out that the members completed the farewell tour and have not spoken since. Contact was resumed after the production of “The Dirt” began. The statement reveals that from then on, the musicians became closer.

In the statement, the band said:

“Almost 6 years after signing a Cessation of Touring agreement, the contract is off the table because a whole new generation of Crüeheads are relentlessly demanding for the band to come back together. Following the huge success of their NETFLIX biopic THE DIRT, Mötley Crüe has seen a massive surge in new audience. And the band best known for breaking the rules has destroyed their cessation of touring contract in true Mötley Crüe-fashion, by literally blowing it up.”

“After 35 years together on stage, and 30 years since the release of Dr. Feelgood, the members of Mötley Crüe parted ways without speaking to each other after their Final Show on December 31, 2015.”

“Vince, Nikki, Mick and Tommy didn’t come together again until 2018 to participate in the making of THE DIRT movie, which unexpectedly brought them closer together again including seeing them head back into the recording studio after having gone in their own directions for several years. The fuse was lit.” 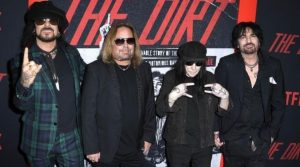 “Since playing Tommy Lee in The Dirt, so many of my fans have said how they wish they could’ve seen the real Mötley Crüe play live,” said Colson Baker (aka Machine Gun Kelly) “I never thought I would see the day when this would become a reality. But the fans spoke and Mötley Crüe listened!”

“THE DIRT currently enjoys an audience score of 95% on Rotten Tomatoes. And its massive global success earlier this year saw Mötley Crüe’s popularity rush to new highs, catapulting the band’s music back to the top of the worldwide charts with the younger 18-44 demographic now representing 64% of the band’s fanbase.”

“Moreover, in the six months following the release of THE DIRT, Mötley Crüe has celebrated a meteoric rise of almost 350% increase in streams of their music across all streaming platforms. However, most of the new fans have never seen any of the legendary live shows that Crüeheads have relished for close to 4 decades.”