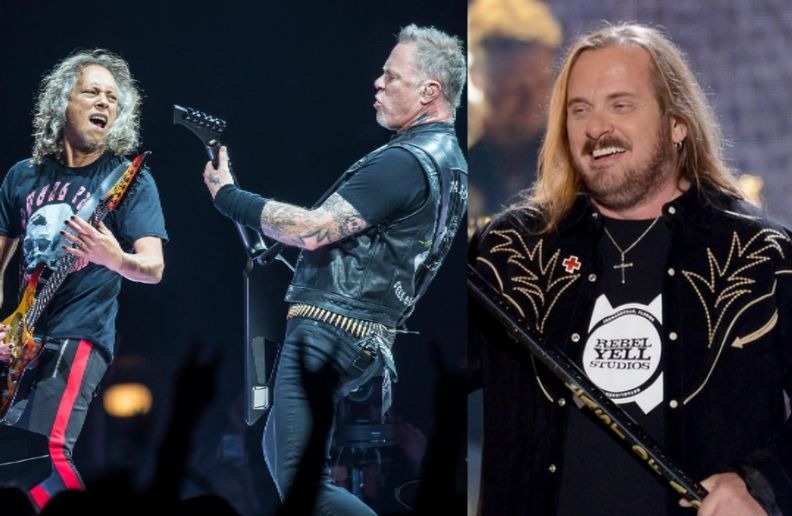 Metallica has a recent tradition of honoring the cities and countries where it does its shows by playing songs from local bands. It was so, for example, that they murdered classics of names like ABBA and A-Ha, but now it looks like the band has redeemed itself.

In the city of Birmingham, Alabama, United States, Metallica had played the classic “Sweet Home Alabama” of the band Lynyrd Skynyrd. In addition, they still took the break and played Black Sabbath’s “Iron Man”, since the band of the vocalist Ozzy Osbourne is from Birmingham, even if it is the British city that takes the same name across the Atlantic Ocean.

On the road releasing their latest album, Hardwired … To Self-Destruct (2016), Metallica recently released their own beer, inspired by the hit “Enter Sandman.”

In addition, they continued his interaction with fans on his YouTube channel showing an essay where drummer Lars Ulrich took over the vocals.

Finally, the band was next to names like Audioslave and Foo Fighters in tribute to the late Chris Cornell.

“Sweet Home Alabama” is a song by Southern rock band Lynyrd Skynyrd that first appeared in 1974 on their second album, Second Helping.

It reached number 8 on the US chart in 1974 and was the band’s second hit single. The song was written in reply to “Southern Man” and “Alabama” by Neil Young; Young is name-checked in the song’s lyrics.

None of the three writers of the song were from Alabama; Ronnie Van Zant and Gary Rossington were both born in Jacksonville, Florida, while Ed King was from Glendale, California. In an interview with Garden & Gun, Rossington explained the writing process. “I had this little riff,” he said.

“It’s the little picking part and I kept playing it over and over when we were waiting on everyone to arrive for rehearsal. Ronnie and I were sitting there, and he kept saying, ‘play that again’. Then Ronnie wrote the lyrics and Ed and I wrote the music.”