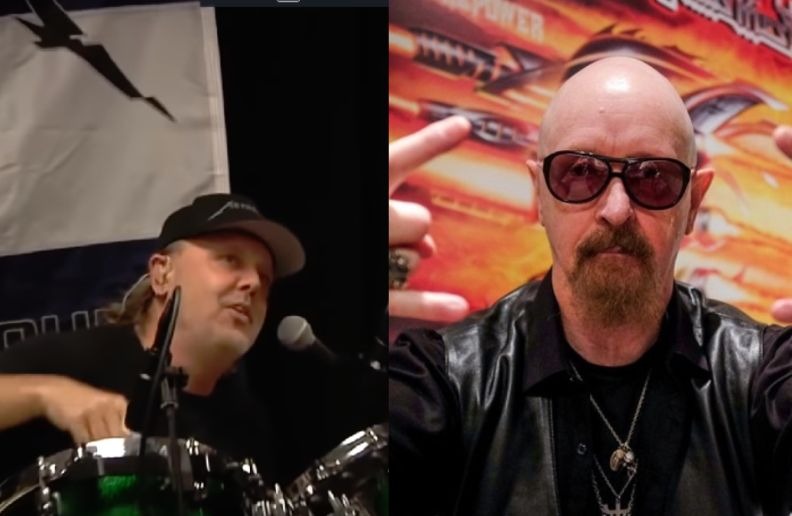 Metallica made a cover of Judas Priest’s “Delivering The Goods” with Lars Ulrich on vocals. The video was recorded in the rehearsal room before a show in 2018 but was only posted now.

Curious that Lars had already been tipped to take on the band’s vocals. Jon “Jonny Z” Zazula worked with the band before the debut album. He said that James Hetfield had no confidence to be the lead singer. As a possible solution, Ulrich would get off the drums and sing.

The song is from Judas’ classic album Killing Machine (known as Hell Bent for Leather in the US due to controversy over the Cleveland Elementary School shooting), the fifth studio album. With its release in October 1978, the album pushed the band towards a more commercial style; however, it still contained the dark lyrical themes of their previous albums. At about the same time, the band members adopted their now-famous “leather-and-studs” fashion image, inspired by Rob Halford’s interest in gay leather culture. It is the band’s last studio album to feature drummer Les Binks.

The album was retitled Hell Bent for Leather for its U.S. release in early 1979, because the U.S. branch of Columbia/CBS did not like the “murderous implications” of the title. Both titles are drawn from songs on the album with “The Green Manalishi (With the Two Prong Crown)”, an early Fleetwood Mac cover, being added to the U.S. release.