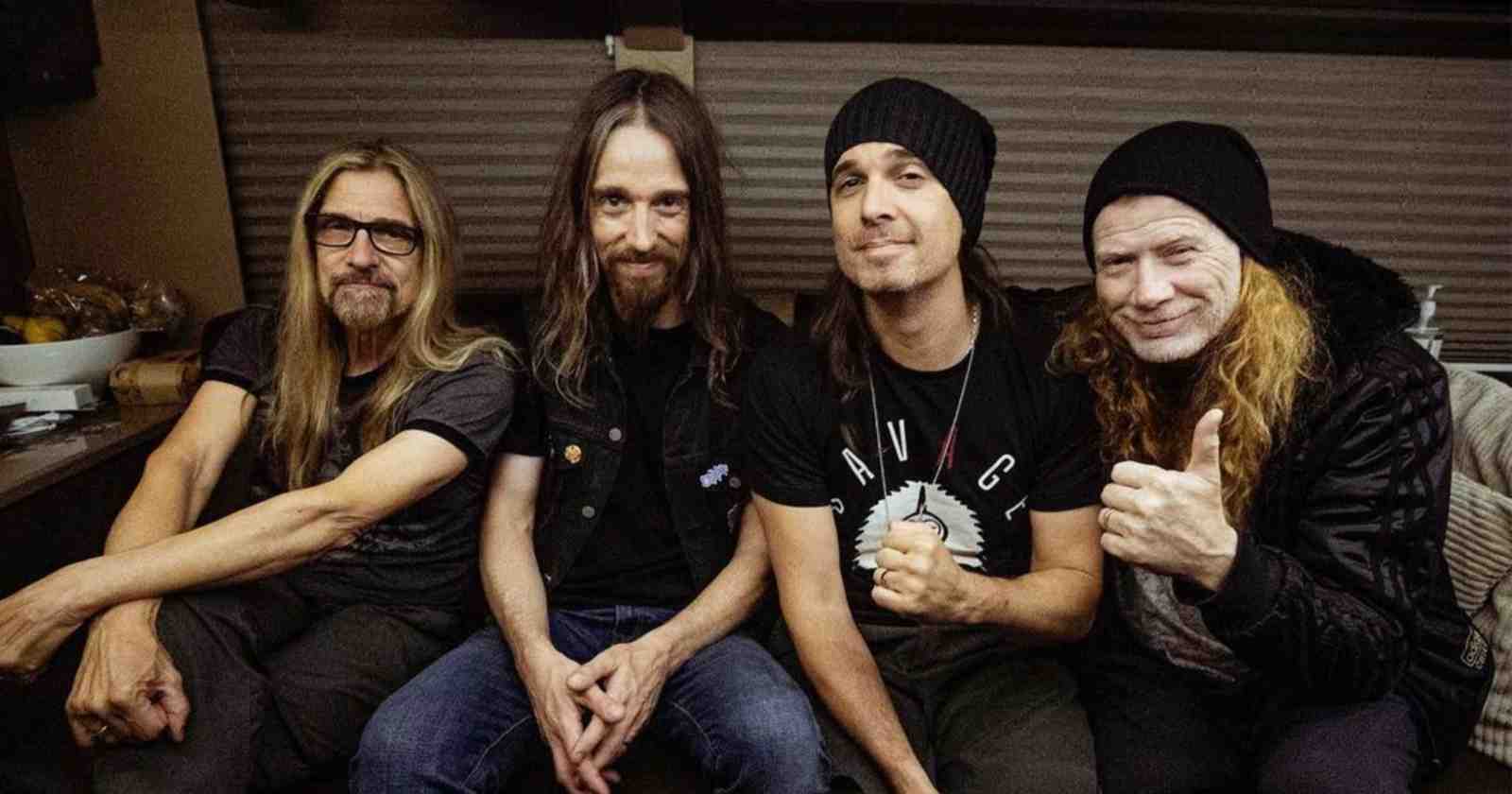 Megadeth released “Night Stalkers”, the second single of their upcoming 16th studio album “The Sick, The Dying and The Dead” that will be out next September 2. The track features the rapper Ice-T and the official video for the song shows the origins of the band’s mascot Vic Rattlehead and is the second part of trilogy of videos from songs of the album.

“Concealed in the night from the light of the moon
Undetected between the heavens, the stars, and the seas
They seize the night when it’s dark, like inside a tomb
Faintly, their flat black body armor gleams; light it up!

From verdict, to deliverance, to retribution
To the very last beat of a dead man’s pulse
You can hear the thunder roll, you can hear the engines roar
It causes the ground to quake, to buck and convulse

Lights out in the desert
Battle-born, ready to fight
Your death waits in the dark
And it stalks the night…
Night Stalkers

The angels of death ride the waves of the air
You barely see the pilots on this “zero-illum” night
The avenger’s ready, now, as the target’s growing near
Tracer bullets, shot from the ground, behind enemy lines

Blacked out we’re under radio silence
Night vision on, green halos a’ glow
It’s killing time, another lesson in violence
Bodies pile up, and adrenaline starts to flow

Lights out in the desert
Battle-born, ready to fight
Your death waits in the dark
And it stalks the night…
Night Stalkers

Yo! When you hear four MH-47 and Black Hawk helicopters coming in low
In the dark of night
Loaded with Rangers and Delta Force Special Ops shooters
Locked and loaded
Game’s over, bitches!
Got ya in my night vision
‘Bout to let this 30mm canon go
You never seen us coming so there’s no chance of running

Nothing you do can stop them
They’re gonna get ya, wanted dead or alive
You can run, but you know they will find you
“Death waits in the dark,” and they own the night

Lights out in the desert
Battle-born, ready to fight
Your death waits in the dark
And it stalks the night…
The night

Hydra rockets are all locked and loaded
Laser-guided Hellfire missiles are ready and armed
Itchy fingers on 30 mike-mike triggers
They enter the fight, with all their targets acquired

Flying in “formation” like a black snake
Slithering closely over the nap of the earth
Slicing the silvery-blueish night fog to ribbons
The time has come to return dirt back to the dirt
Yeah!”

The new album was recorded by Dave Mustaine (Guitar and vocals), Kiko Loureiro (Guitar), Dirk Verbeuren (Drums) and Steve DiGiorgio (Bass), who remade David Ellefson’s (Fired) basslines. On June, Megadeth confirmed that James LoMenzo is now the band’s permanent bass player. “For the first time in a long time, everything that we needed on this record is right in its place. I can’t wait for the public to get hold of this!” Dave Mustaine said in an official statement.