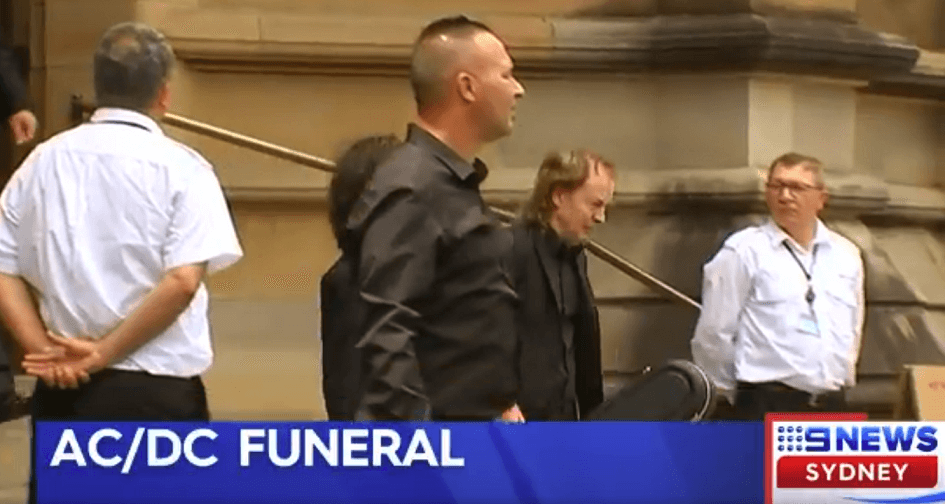 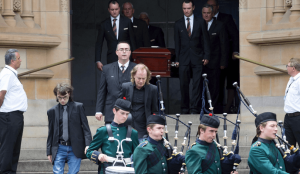 Malcolm was described in the speeches as a “quiet, humble and discreet” subject, ABC reported. One of his guitars was taken to church and placed by Angus at his brother’s coffin, the Australian Associated Press (AAP) reported.

And guitar picks with Malcolm’s birth and death date were distributed on the funeral program, and a bagpipe band played a medley of songs as the procession left the cathedral, including the solo of “It’s A Long Way To The Top “from AC / DC and traditional Australian songs.

Take a look at photos and videos:

AC/DC co-founder and guitarist Malcolm Young has been remembered as a musical mastermind at a funeral service in Sydney. @DaltsWorld #9News pic.twitter.com/kbD0fUCkwK

The funeral of Malcolm Young from AC/DC in Sydney today. pic.twitter.com/dn5wjDom1G

ACDC guitarist and founding member Malcolm Young has been farewelled at his funeral in Sydney. #7News pic.twitter.com/EYZ7svN3NZ

Angus Young waits to place a guitar in the hearse as they load the casket of his brother @acdc co-founder and guitarist Malcolm Young following his funeral at St. Mary's Cathedral in Sydney, today. https://t.co/w0oLGlSkfZ #PicoftheDay pic.twitter.com/5lm0EMxKQr

Guitar plectrums were handed out at Malcolm Young’s funeral today. How fitting for an Aussie rock legend. #WSFMNews pic.twitter.com/ay2BEa1uLC

Malcolm Young​ has been farewelled at a funeral in Sydney, remembered as a ‘musical mastermind’ and a ‘humble’ man. #acdc #7News pic.twitter.com/Yqazlufm1s