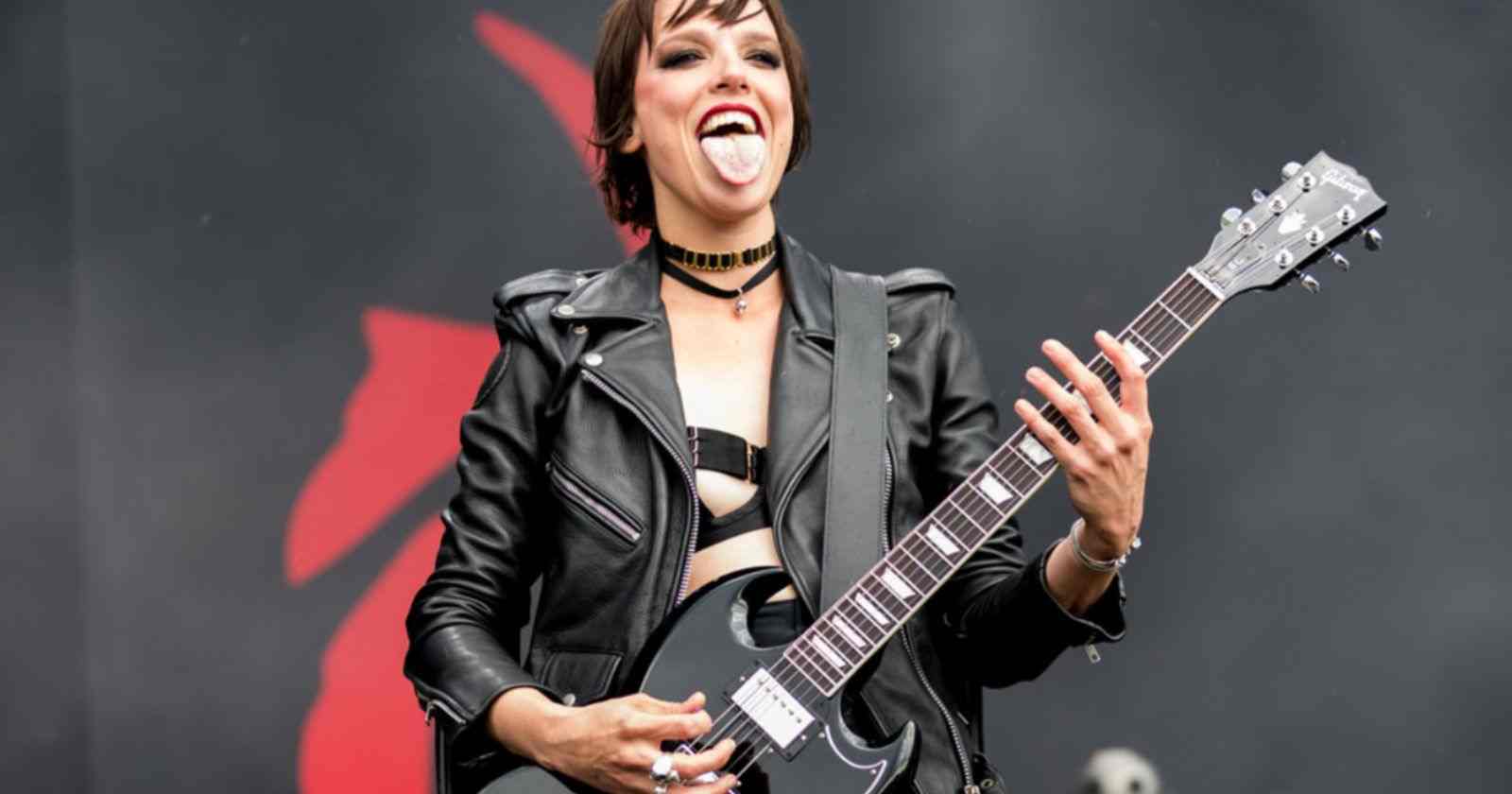 Talented Halestorm singer and guitarist Lzzy Hale revealed in an interview with Classic Rock magazine her favorite album of all time, the best band she ever seen live and the most underrated band ever.

Lzzy Hale reveals her favorite album of all time, the best band she ever seen live and the most underrated band:

“One of the best concerts I went to was Muse. I think it was the Absolution tour. Pretty much the only production were these huge balloons that they threw out over the crowd and they’d explode confetti, but the band were so good and so tight and just attacked the audience. Last year I saw The Darkness for the first time in concert, and they’re amazing too.”

“I cannot get enough of Black Sabbath’s Heaven And Hell. This was when Dio was in the band, so it’s definitely a different mood than when they had Ozzy. It’s such a great record. The title track is one of the first riffs I attempted to learn when I was a teenager. Plus the cover is great; angels smoking cigarettes? Why not?!”

“There’s this quirky band called The Divinyls. They did a song called I Touch Myself. Everything they did besides that song is so completely different. I think maybe they were getting pressure from somebody in the business to have a hit on the radio. But the band is so good; they’re kind of like Blondie meets The Police. There’s a song called Temperamental that’s just full of attitude.”

Paul McCartney talks about money and how he deals with it
Joe Satriani reveals his favorite guitarist, singer and songwriter of all time
To Top