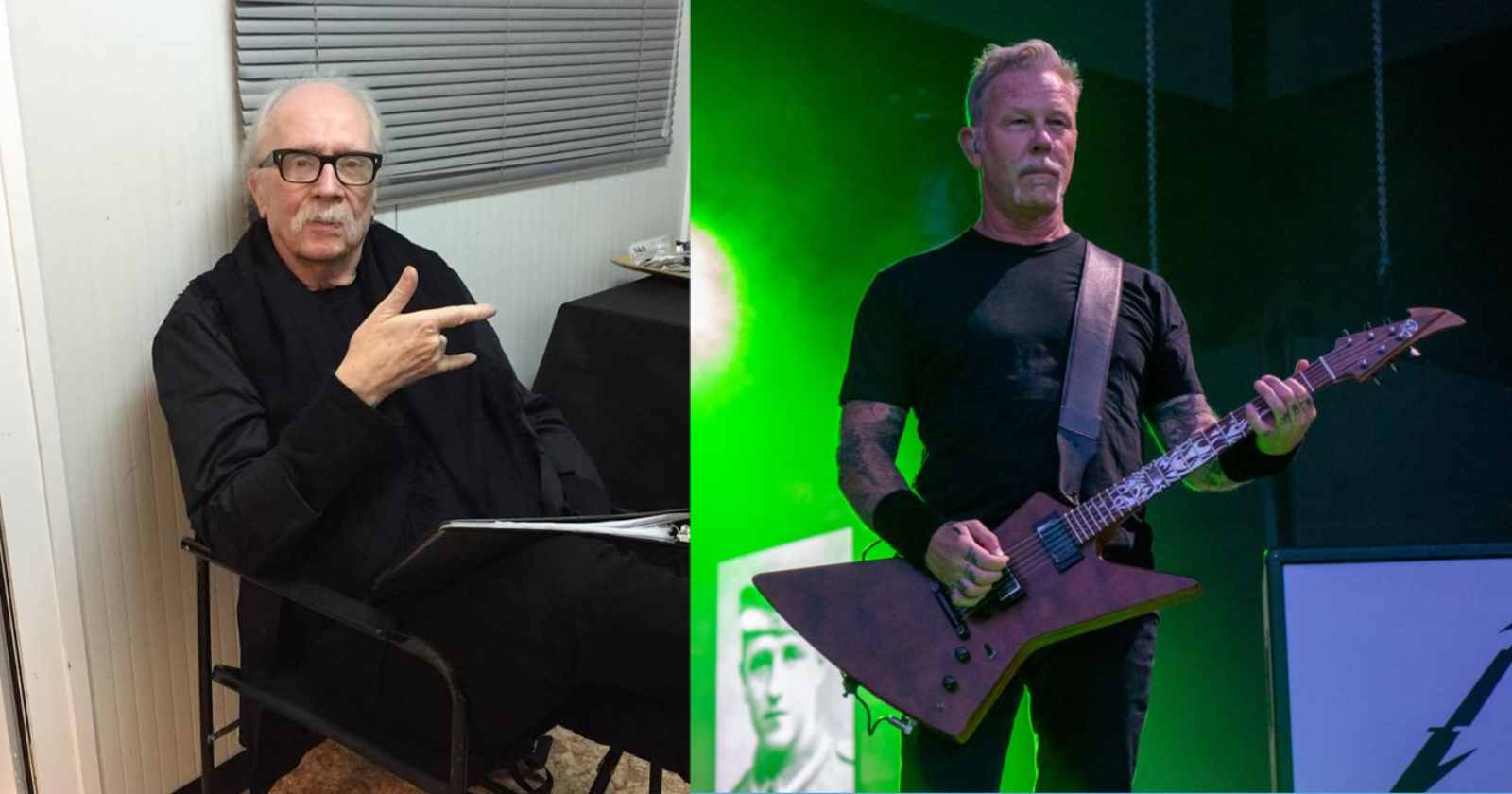 The legendary director John Carpenter, known for horror movies like “Halloween” (1978), “Escape From New York” (1981), “The Thing” (1982), “Big Trouble in Little China” (1986) and They Live (1988) revealed in an interview with The Pit his favorite Metallica albums. Carpenter also talked about The Beatles, naming “Rubber Soul” as his favorite album and said that he “kind of enjoy” Megadeth.

Also famous for composing many classic themes for his movies like the one from “Halloween” and “The Thing”, Carpenter is focusing during the last years only in music. He recently scored the “Firestarter” remake.

Carpenter recognized that the 3 Metallica albums he likes the most cause mixed feelings among fans because are not part of their pure Thrash Metal era but he likes the 90s period. Rock and Roll Garage tells a little bit more about the records Carpenter likes the most.

Metallica’s most successful album, also known as “The Black Album” because of the cover. The record marked the band’s experimentation, not only being focused on pure Thrash Metal sound. It has classic songs like “Enter Sandman”, “Sad But True”, “The Unforgiven”, Wherever I May Roam” and “Nothing Else Matters”.

The follow-up of their successful 1991 self-titled album, “Load” was made 5 years later in 1996. It proved that the band was experimenting even more, including Country and Southern Rock elements. Some of the most famous tracks on the record are “King Nothing”, “Mama Said”, “Hero Of The Day” and “Ain’t My Bitch”.

The direct “sequel” of the previous album and the last studio effort to feature bassist Jason Newsted, “Reload” had bigger hits. Some of the most famous song are: “Fuel”, “The Memory Remains”, “The Unforgiven II” and “Fixxxer”.

The Metallica guitarist Kirk Hammett is a big horror fan and has a huge collection of memorabilia related to horrror movies. He even have an original suit used by the legendary actor Boris Karloff in the classic movie “The Black Cat” (1934). Also, one of his famous guitars paintings is Karloff characther the classic Universal filme “The Mummy” (1932).

In an interview with Metal Hammer back in 2019 he listed 10 underrated horror movies. One of them was “In The Mouth Of Madness” (1994) directed by John Carpenter. “Is another movie that I just love. It’s from John Carpenter. An incredible movie based on Lovecraftian horror. I just love movies that involve books that are forbidden. That contain secrets that can bring down the entire world!” Kirk Hammett said.