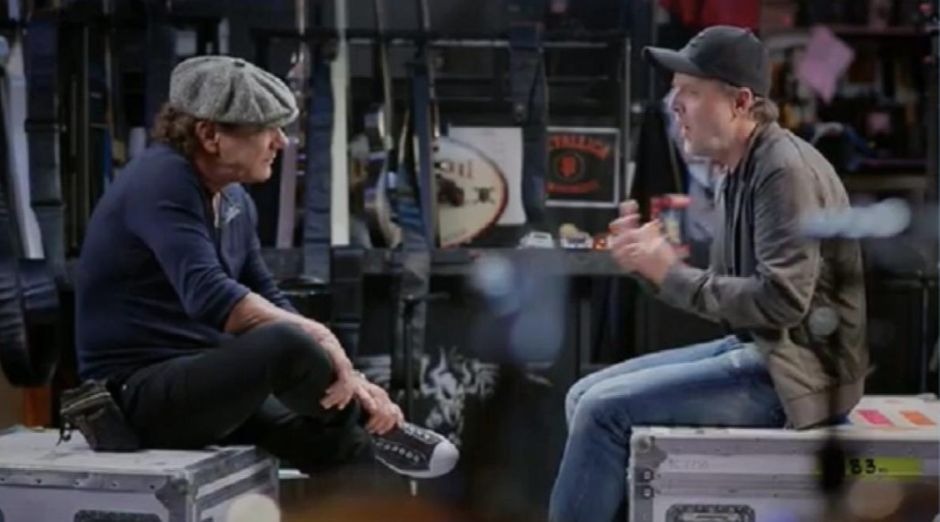 The latest interviewed for Life On The Road, Brian Johnson‘s show, is Lars Ulrich, drummer for Metallica.

The episode airs on October 13, in the United States. A video published by the channel, however, shows a little bit of the show and some of the conversation between the two music legends.

Speaking about the influence of AC/DC on his band, Ulrich stated:

“You have to remember, our musical roots were so much more at AC/DC, Deep Purple and Led Zeppelin. We were much more about blues and rock. We started playing a little faster as we progressed [in career].”

“Playing with you on this tour in 1991, which was the last time we actually opened for anyone, was like being in paradise, having a chance to be around you and watch you every night for six weeks.”