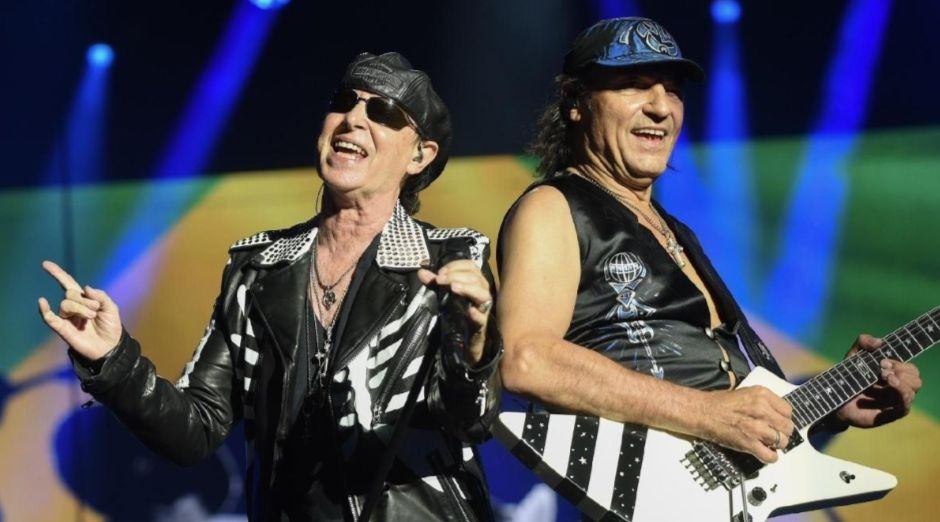 Klaus Meine revealed that the new Scorpions album will be heavier just like the classics “Blackout”, “Love At First Sting” and “Lovedrive”. The musician talked about the group’s new work in an interview with Talking Metal.

“We hooked up with Greg Fidelman (producer). He used to work with Metallica and Slipknot. So we’re right on our way bringing the old vibe from albums like ‘Blackout’, ‘Love At First Sting’ or even ‘Lovedrive’. We try to focus on those albums and this attitude. If we get there, who knows. It’s so many years later. But it’s the spirit and it’s the whole vibe around this album. To start with, it’s crazy enough to say, ‘Let’s make a new record.'”

“It’s quite a challenge after all these years. While most other artists say, ‘Okay, we put out a couple of songs,’ like the way we did it with ‘Sign Of Hope’, that’s good enough. But we said, ‘No.’ We go the old-fashioned way and make a whole new album. And this time, the focus is on the harder songs. ‘Sign Of Hope’ is like a real short, sweet and nice ballad, just reflecting this moment in time.”

“But the album will be more on the harder edge. Thankfully, we started writing last year already, and we picked it up after the tour this year, and there’s lots and lots of material. Fortunately, and I’ll tell you, it’s such a privilege and it’s a blessing, in this very, very difficult situation we all go through with the coronavirus, it’s a blessing we can do something. We go into the studio, work on new songs, new material and really take a deep dive into the creative world and create something new. It’s wonderful.”