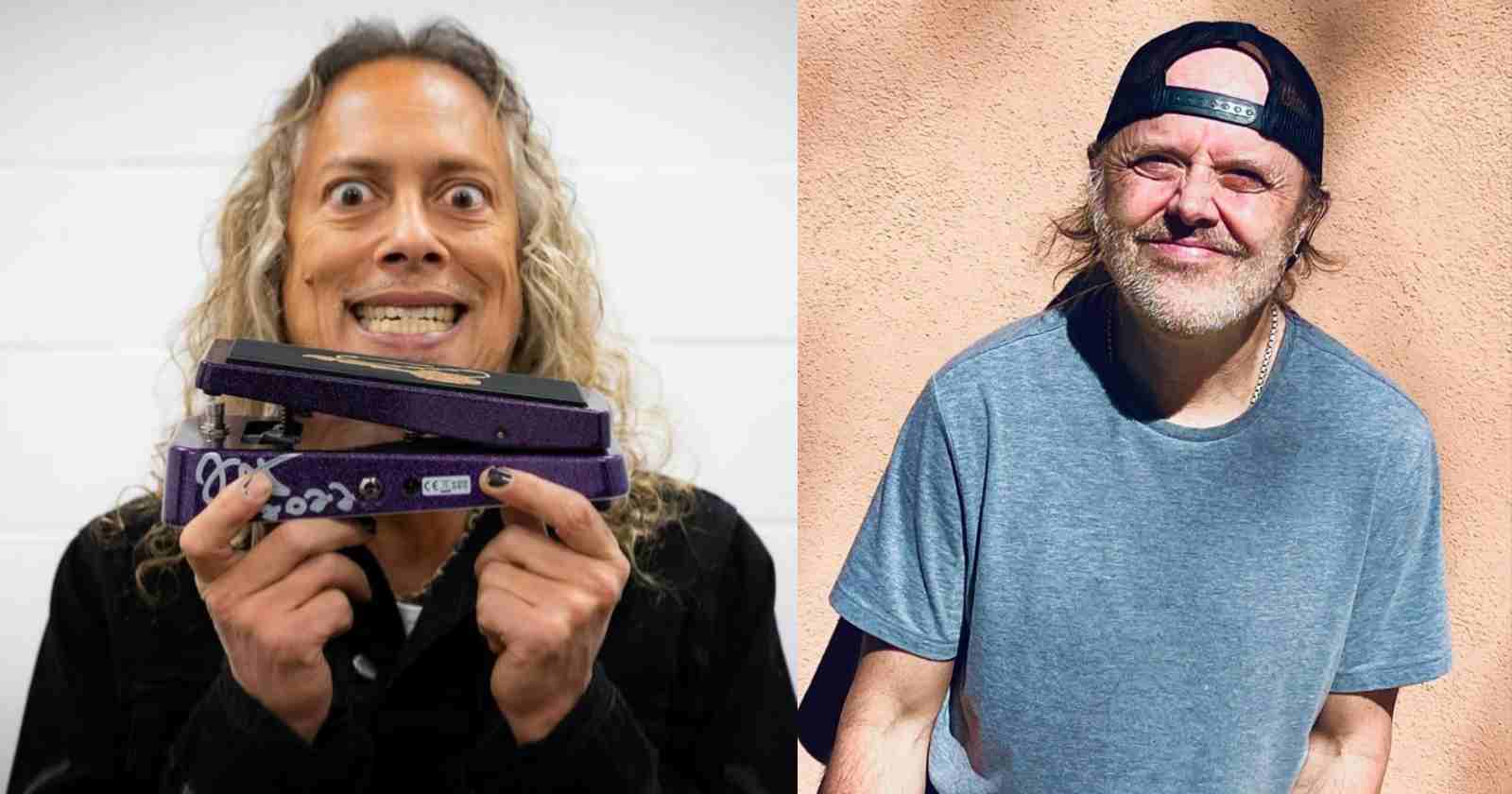 The legendary Metallica guitarist Kirk Hammett talked with Ultimate Classic Rock about his upcoming instrumental solo record debut “Portals”. In the interview the musician said that he had on this record a kind of freedom that he usually doesn’t have in the Thrash Metal band because his guitar solos have to sound more commercial and accessible, also saying that drummer Lars Ulrich likes to micromanage everything, so he always gives his opinion on Hammett’s solos.

“When I was working on this stuff, I didn’t want to labor over any of it. So I said to myself, “If I can’t nail these solos in three or four takes, then I’ll just hang it up and wait until the next day. Then try and nail it in three or four takes. You know, that’s what I did. These solos have no limitations on them. What I mean by that is, a lot of times when I’m coming up with solos for Metallica, I have to play for the song.”

“I have to play within the context of the song. I have to make the solo somewhat accessible – and what I mean by that is, it needs to have hooky parts. It needs to have something that’s dynamic that catches your attention. You know, it needs to be somewhat commercial. That’s always kind of shaped my guitar solos, as well as working with whoever the producer is on that particular album – and also, with Lars [Ulrich] because Lars likes to micromanage everything.”

“So when I’m in there doing a solo, he gives me input. That shapes the solos. It’s not 100% me. I’ve always kind of alluded to that. On this LP, it’s 100% me with no limitations and stream of consciousness.”

Hammett joined Metallica in 1983, replacing Dave Mustaine, two years after the foundation of the group.

The first single of “Portals”

The official press-release of the album explained Hammett inspirations, saying: “Recorded around the world, from Los Angeles to Paris to Oahu, Portals is the result of Kirk’s life’s journeys and an invitation to tap into your own inner world. Heavily influenced by classical music, soundtracks, horror movies, and maybe a little Ennio Morricone. Kirk wanted the EP to span the decades and touch upon all the horror he loves. The idea behind the EP was to have all the songs flow into each other.”