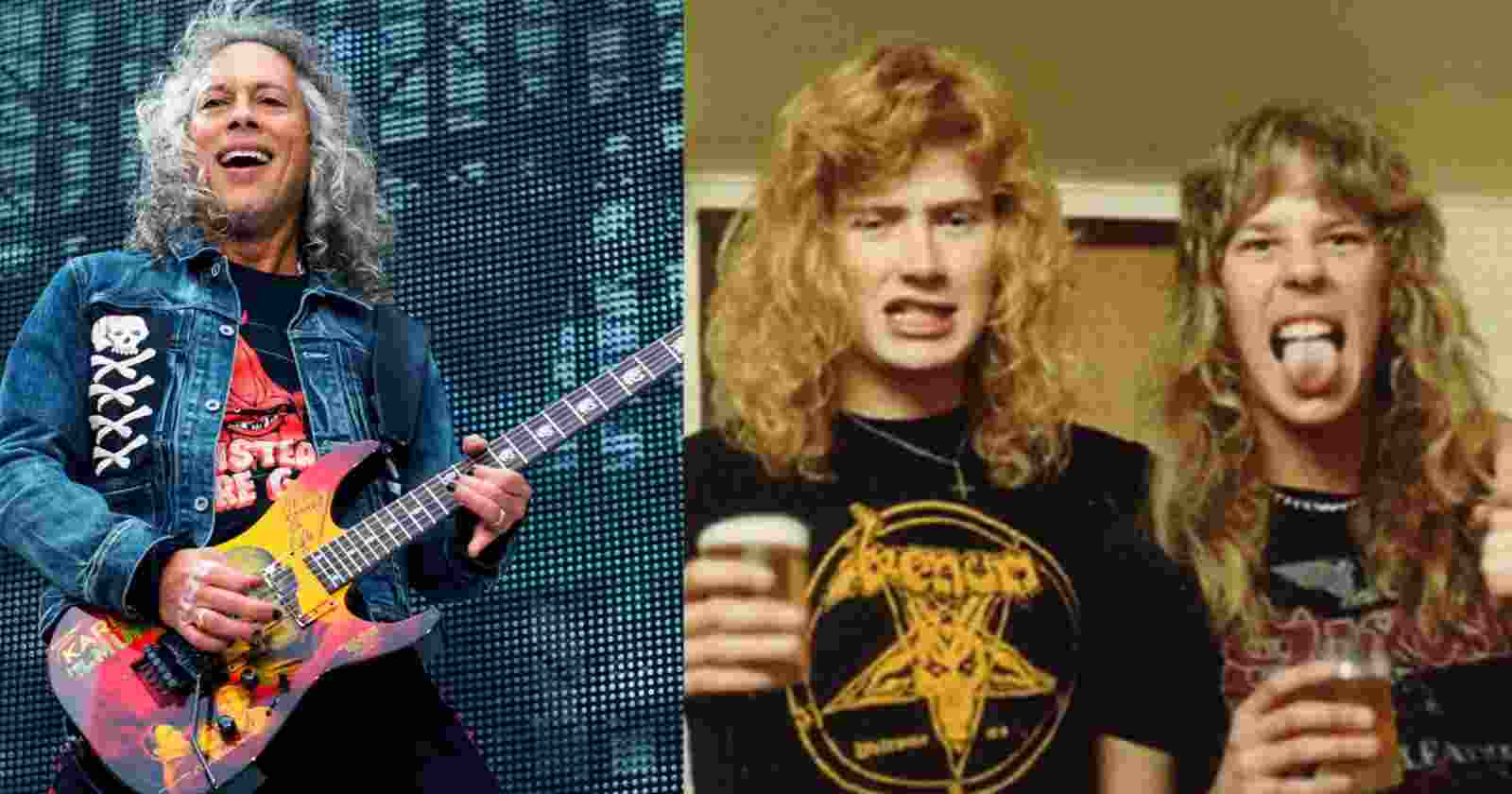 Metallica guitarist Kirk Hammett recalled in an interview with Gibson when he went to a Metallica concert when he still wasn’t part of the band. The musician recalled that everyone thoght they were really heavy.

“I remember we [Kirk’s early band Exodus] were just sitting around one day, and the singer of Exodus – a guy named Paul Baloff, who was an absolute maniac – he walked into the rehearsal and said, ‘Metallica. So heavy – they’re so heavy.'”

“I was, like, ‘Metallica.’ I thought, ‘What a great name. It’s like the best name in the world – Metallica. That is the best name I think I’ve ever heard for a metal band – Metallica.’ He said, ‘Yeah, they’re playing The Stone [in San Francisco, CA] tonight. We’ve gotta go check ’em out.’ And so we went down there. And literally, there was like – 15 people there.”

“I remember being at the front of the stage going, ‘Wow, these guys are pretty goddamn good.’ Literally, there was like – 15 people at that show. A few months later, we got booked to play a ‘Metal Monday,’ and it was Exodus’ first show at ‘Metal Monday’ at the Old Waldorf. We got booked on that show because we were friends with the headlining band. Which was a band called Laaz Rockit. And the band in the middle was Metallica.

“We were, like, ‘Oh, this is cool – we’re gonna be playing with Metallica, that’s great.’ I remember when we played that show, there was maybe about a hundred people in the club. And then Metallica went on, and the place was packed.

“I don’t know where the people came from, but all of a sudden, they just showed up. Metallica played for like 45 minutes and then when they went off stage, the place emptied – literally emptied. There was like – 30 people for Laaz Rockit.

“The next night was a benefit for Metal Mania Magazine, and we got asked to play with Metallica again. It was a better situation because it was just us and Metallica. I met those guys for the first time in the dressing of the Mabuhay Gardens. Which wasn’t much of a dressing room at all – it was like an indoor alley. That was the beginning of my relationship with them.

“It’s really funny because years after that, people would ask me, ‘When was the first time you ever talked to those guys?’ And I would say, ‘I first met ’em at the Mab.’ Lars was like, ‘Really? I don’t remember that.’ And James was like, ‘Huh? Really?’ They don’t even remember. [Chuckles]”