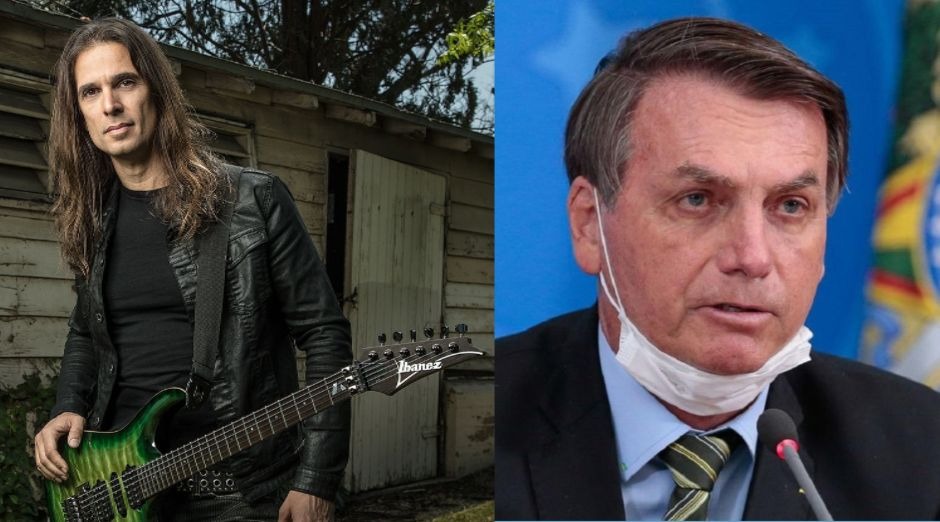 Megadeth‘s and former Angra guitarist Kiko Loureiro talked with singer Tarja Turunen (Ex-Nightwish) during a livestream. The Brazilian guitarist commented about the terrible response to Covid-19 in Brazil, leaded by president Jair Bolsonaro. The politician is being called a negationist, because he wants the reopen the economy even with the cases increasing. Bolsonaro also calls the disease a “small flue”, that would cause harm only to weak people.

Kiko Loureiro said he is “ashmed” of Jair Bolsonaro’s response to Covid-19 in Brazil:

“I’m even ashamed to mention anything about Brazil, because it’s crazy,” Kiko said (see video below). “My family is there; I have a brother and a sister. And I have all my friends. I have people that work with me. And in the end, we’re still immigrants, and my country’s Brazil. It doesn’t matter where [I live].

“We have a crazy president, and the health minister just resigned — the second in a month,” the 47-year-old musician continued. “In the corona times, we have two guys out — just because the president doesn’t agree with them, because they’re too much into science. That’s another conversation. It just makes no sense.”

Currently, Brazil has the second worst outbreak in the world, with 374,898 cases. The first country is the U.S. with 1.637 million cases. Brazil has almost 24 thousand deaths.

Jair Bolsonaro a right-wing conservative politician. That have already made homophobic, racist, sexist declarations and supports the work of a famous torturer of the time when Brazil underwent a dictatorship. Recently he was asked by the press about the deaths in Brazil and he responded: “So what? What you want me to do? People will die”.

He has 3 sons that are also politicians. One of them is being investigated for corruption and the other two for creating a fake news scheme to attack political enemies.