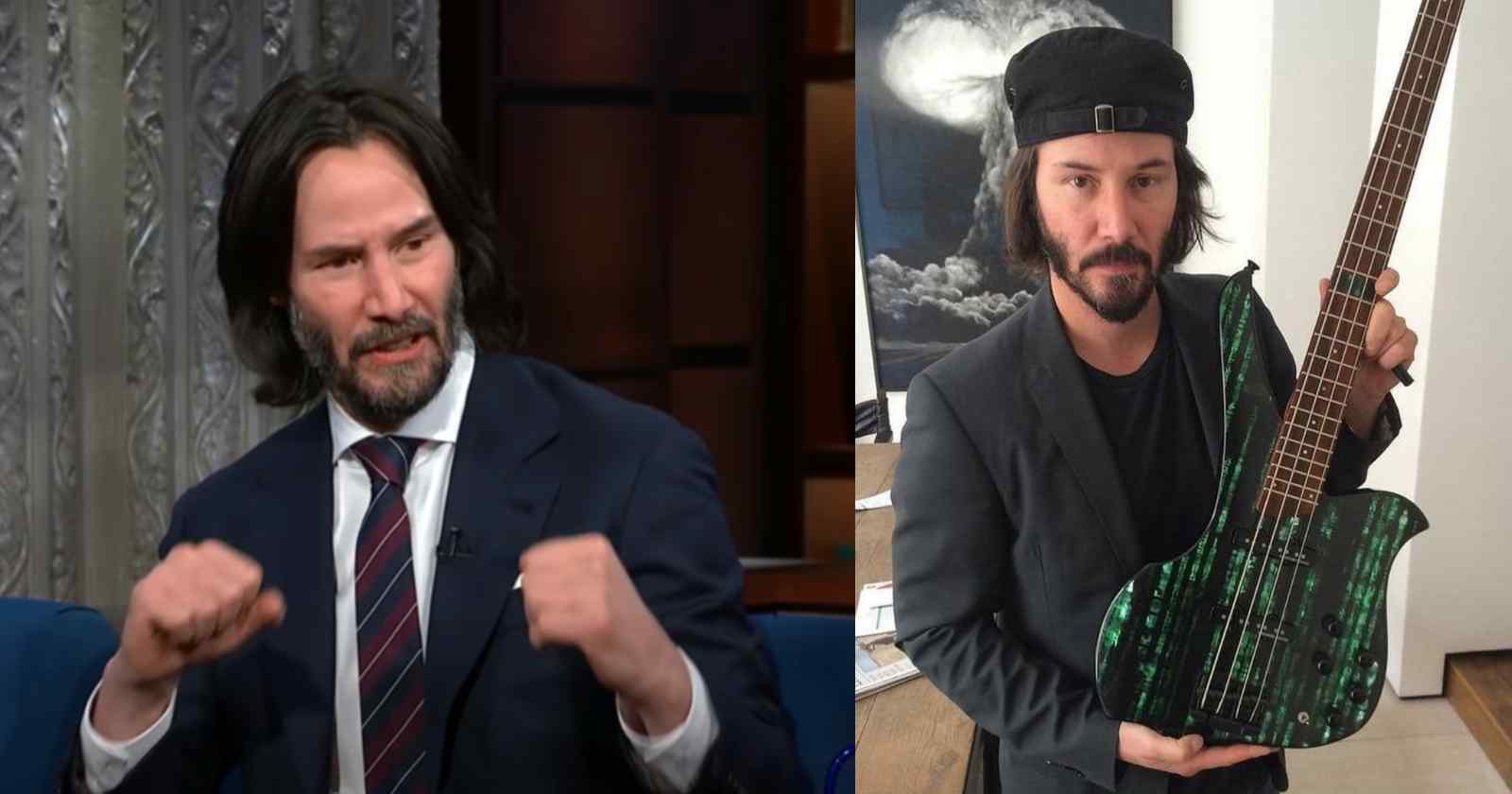 The famous actor Keanu Reeves was interviewed by Stephen Colbert and answered many interesting questions on the show, including his favorite song of all time and which famous person he asked for an autograph. He is currently promoting the fourth movie of The Matrix franchise.

Keanu Reeves reveals his favorite song of all time:

When asked which song he would choose to hear for the rest of his life, Keanu Reeves said (Transcribed by Rock and Roll Garage): “I’m gonna take Joy Division’s ‘Love Will Tear Us Apart’.

Famous people he asked for an autograph

In the same interview, he was questioned if he ever asked someone for their autograph and he revealed that yes, he had asked Lou Reed’s autograph, saying: “Yes, Lou Reed. But it wasn’t for me, was for a friend and he (Lou Reed) was cool about it.”

He also recalled that he asked the comedian George Carlin his autograph and revealed that this one was for himself and not for a friend and that Carlin wrote: “‘Dear Keanu, fuck you’ (laughs). And I thought he wrote that just for me. And I’ve met someone else who said he wrote the same thing to them. Anyway, beautiful”.

The actor already had a Rock and Roll band

The actor born in Lebanon and raised in Canada already had a band called Dogstar. The group formed in 1991 had Robert Mailhouse, Gregg Miller and Bret Domrose. Reeves played the bass guitar.

The group was active until 2002 and had several opening acts that went on to become notable, such as Rancid and Weezer (the latter’s first gig was opening for Dogstar).