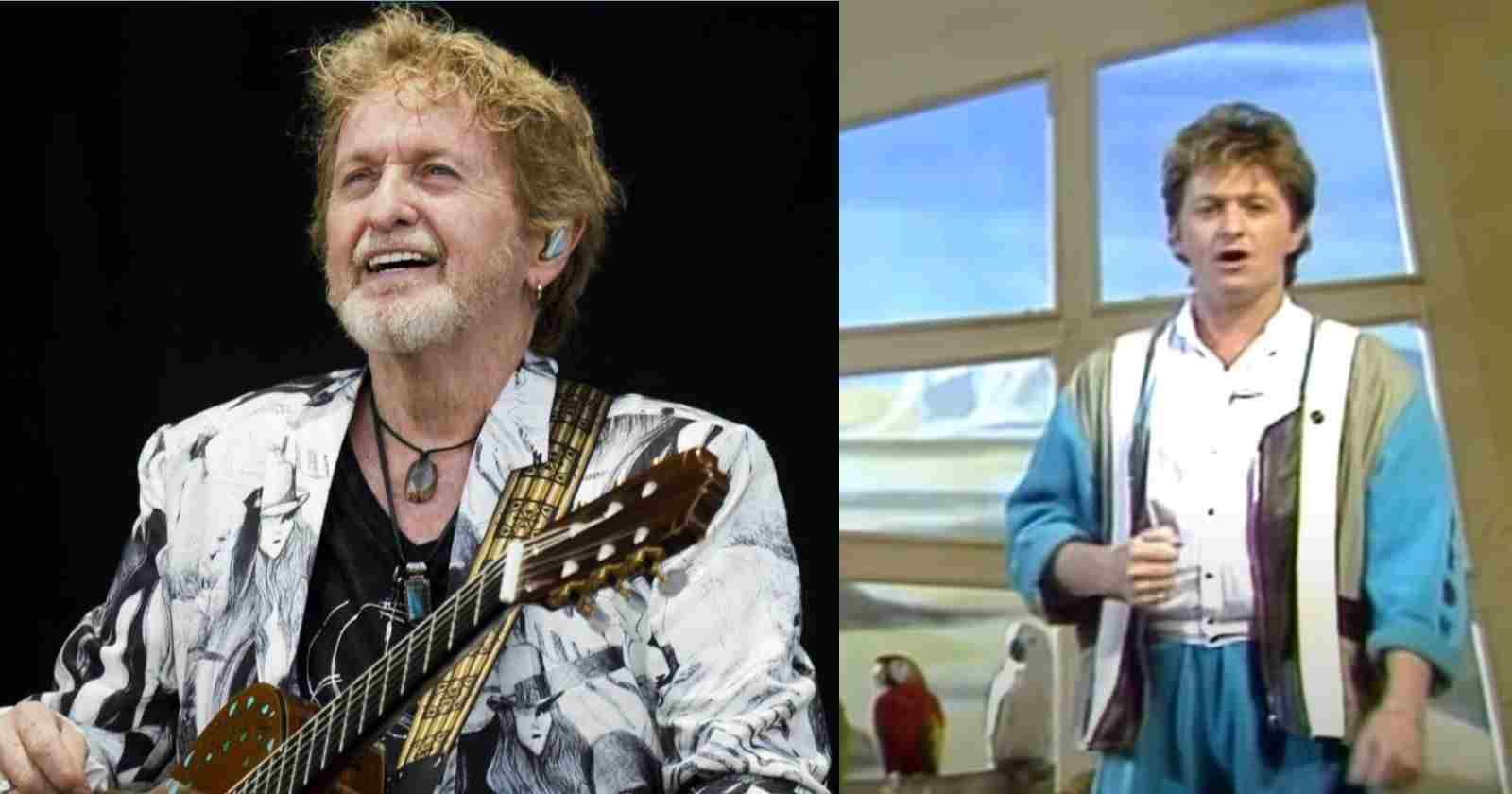 Ex-Yes vocalist Jon Anderson talked in an interview with Rick Beato about the birth of the hit “Owner Of a Lonely Heart” that was on the 1983 album “90125”. The song was born by accident after Anderson that left the group at the time saw the late bassist Chris Squire.

Jon Anderson said about the birth of Yes hit “Owner Of a Lonely Heart”:

“You know, [1983’s] ‘90125’ was a miracle in a way for me because I was in the south of France, and I’d let go of Yes because of a very bad experience with producers and managers. I was trying to make an album in Paris that never worked. It was outside influences that did that with the band. And that’s part of being in a band; you got to be careful what outside influences talk about. So I was inside of France writing music about fairies and Marc Chagall, the great Russian artist who I met, and then I went to London and Chris [Squire, Yes bassist] called me up.”

“And I’ve been listening to the radio – one of the best radio stations in the world is called FIP, out of Paris, and they were playing these records from a guy, Malcolm McLaren, who was the manager of Sex Pistols, and he did an album [in 1983] called ‘Duck Rock’ with Trevor Horn [Trevor sang in Yes in 1980 and 1981]”, Jon Anderson said.

“Trevor Horn was the bee’s knees as a producer at that time. He was having hit records and tried to be in Yes for a while. Which is really not the best gig for him. And he started working with [the ’80s Yes guitarist] Trevor Rabin, Trevor Horn. Chris Squire, Alan [White, drums], and Tony [Kaye, keyboards] had been calling themselves Cinema [a short-lived band in 1982-83].”

“That’s when Chris called me and said, ‘Do you want to listen to some music?’ I said, ‘Yeah, I’m cool.’ So we got in his car and listened to these tapes. They were so amazing, right on the edge where sampling was coming through.”

“And there was something about the songs that really, well, they needed help in some ways. I remember listening to ‘Owner of a Lonely Heart’ and thinking, ‘The chorus is a hit, but the sounds and the samples. What’s the sample?’ And he goes, ‘James Brown.’ I said, ‘It’s so Trevor Horn.’ Then I said, ‘It’s missing a few things.’ Chris said, ‘I thought you’d say that. Would you be interested in singing on the tracks?'” Jon Anderson said.

“I realized he was a very talented musician, guitar player, and everything – songwriter. And so we started working on the verse of ‘Owner of a Lonely Heart,’ and I said right away. ‘It should be *hums melody*’. He said, ‘Oh, yeah.’ He wrote the second line, and then we got through the first verse. Trevor Rabin said, ‘You get on with that. I’m gonna have some lunch.'”

“And I said, ‘OK, I’ll just get on with it.’ I just carried on writing verses and Trevor Horn [who produced ‘90125’] helped a couple of times, so it was a very joint experience to write. The verses needed to be more, shall we say ‘interesting’.”

“Because ‘Owner of a Lonely’ heart, if you don’t take care of yourself, you’re gonna have a lonely heart. So it was a great experience to join the band again in the ‘90125,’ go on tour, total Spinal Tap, upside down. It was amazing,” Jon Anderson said.