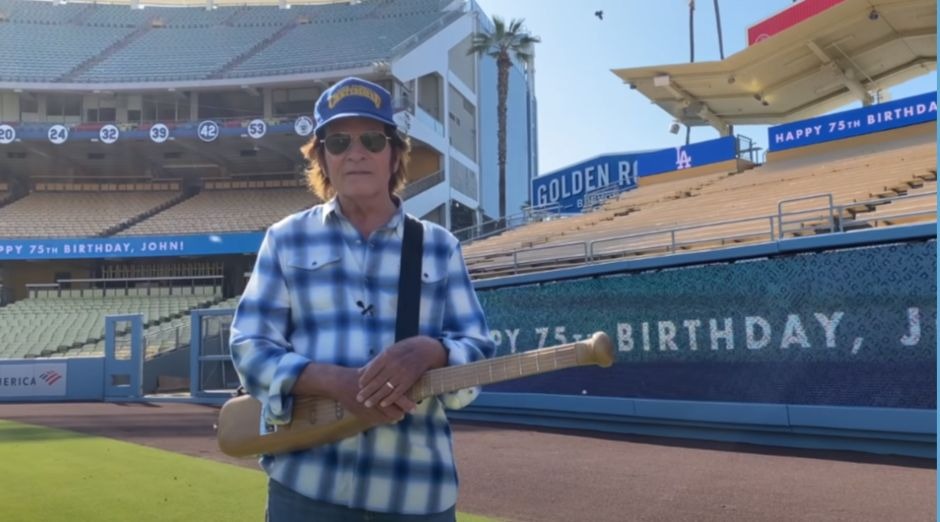 Creedence Clearwater Revival‘s John Fogerty celebrated with his kids his 75th birhtday at the Dodger stadium in Los Angeles, California. Playing his solo career classic “Centerfield”. The song is a baseball stadium anthem.

The musician said about playing “Centerfield” in the Dodger stadium:

Well, as a youngster i’ve dreamed on playing baseball. Baseball was certainly my favorite thing as a child. I’ve dream on playing centerfield. And on my 75th birthday here we are at Dodger stadium to play “Centerfield” with my family. It’s going to be awesome. Put me in coach, i’m really to play!”

“Centerfield” is the title track from John Fogerty’s album of the same name. It was Fogerty’s first solo album after a nine-year hiatus. Originally the b-side of the album’s second single, “Rock and Roll Girls” (#16 US, Spring 1985), the song is now commonly played at baseball games across the United States. Along with “Take Me Out to the Ball Game,” it is one of the best-known baseball songs.