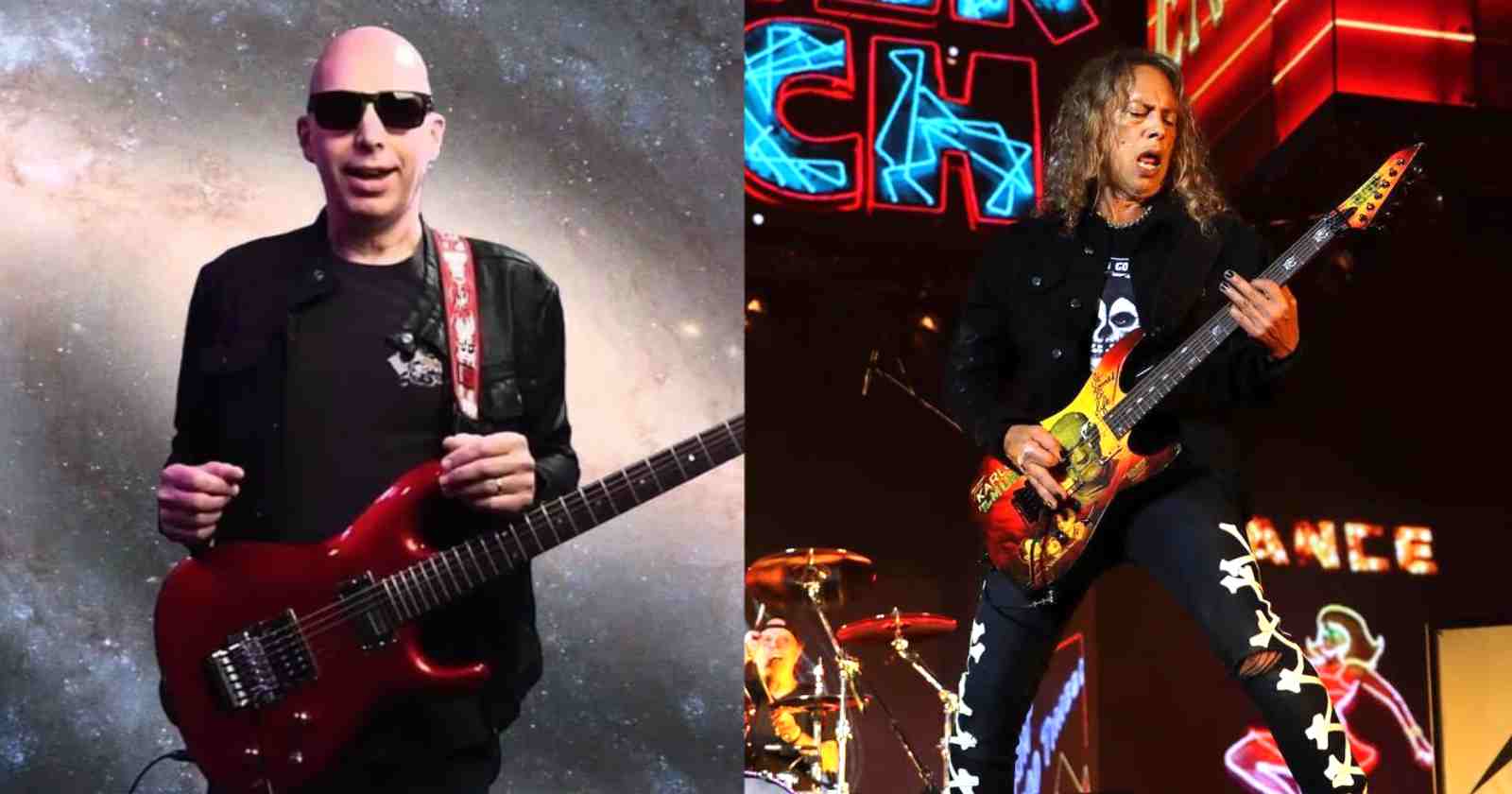 The virtuoso guitarist Joe Satriani is not only known for his career in music but also a guitar teacher that gave lessons to important players when they where still starting, like Steve Vai, Alex Skolnick (Testament) and Kirk Hammett (Metallica).

In an interview with Matt Pinfield (Transcribed by Ultimate Guitar), Satriani said that Hammett’s vibrato when he was young was really similar to the legendary Black Sabbath guitarist Tony Iommi.

Joe Satriani says that Kirk Hammett was similar to Tony Iommi when he was his student:

I carried that on to when I moved to Berkeley, California. I was living across the street from a place called Second-Hand Guitars. And I was in there every day, not buying anything, but playing everything. And Jim Larson, the owner got so sick of me being there. He said, ‘If you’re not going to buy anything, at least you could make some money for me. So how about giving some lessons?’ And I was reluctant because I left New York, I just didn’t want to give guitar lessons. I’m on a personal journey of discovery, whatever.”

“But anyway, eventually I start giving lessons there. And, again my luck as a teacher just shines bright because of Alex Skolnick, Larry LaLonde, Kirk Hammett, David Price, and Kevin Cadogan. It’s just crazy. The talented people that come in… Even a little Charlie Hunter – I don’t know, maybe he was eight years old or something like that. It was really amazing.”

“Not only did they keep me on my toes. But made me excited about the prospect of where the guitar was going. Because I could hear guys that would come in and I’d think, ‘Wow, that person is going to be a great songwriter because of their approach to understanding harmony.'”

Born in Westbury, New York back in 1956, Satriani worked early in his career as a guitar instructor and had many former students that achieved fame like Kirk Hammett (Metallica) and Steve Vai (Alcatrazz, David Lee Roth, Whitesnake).

He is a 15-time Grammy Award nominee and has sold over 10 million albums, making him the bestselling instrumental rock guitarist of all time.