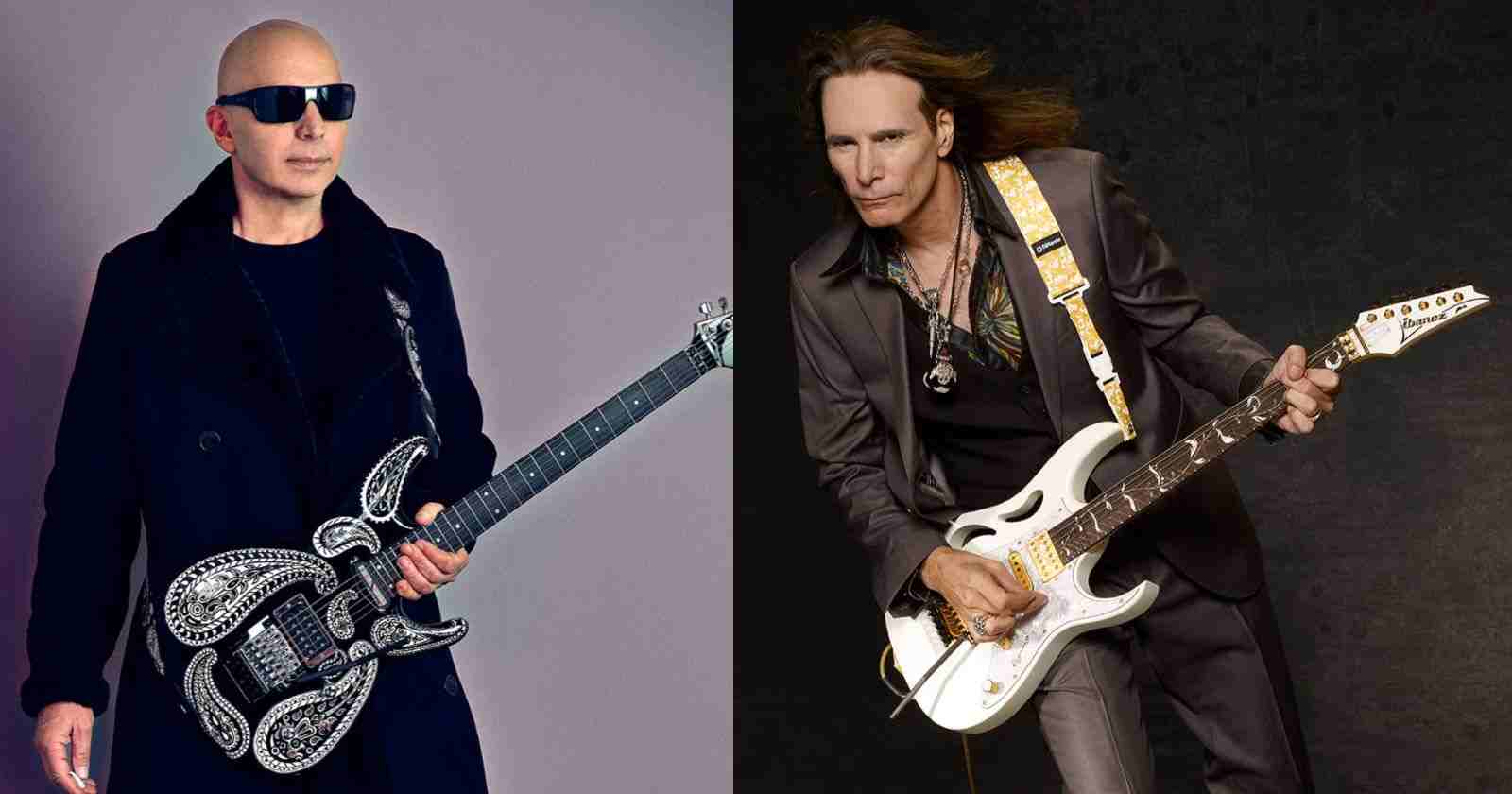 Virtuoso guitarist Joe Satriani surprisingly gave guitar lessons to Steve Vai before fame, when the guitarist was only a 12 year old kid. Satriani recalled those classes in an interview with Behind the Vinyl.

Joe Satriani recalls giving guitar lessons to Steve Vai when he was 12:

You went to school with Steve Vai, you taught him guitar back in the day and you were a year or two above him in regards to playing guitar…?

“Yeah, almost three years older. I had just turned 15, I think, and he’d seen me play in high-school bands. I think I was teaching one of his friends John Sergio, and yeah, he’d literally show up at the house. But he didn’t live far from me, we were less than a mile away.”

“We grew up in this teeny town in the middle of Long Island. But yeah, he had a stringless guitar in one hand and a pack of strings in the other, like, ‘Can you show me how to play?’ He was so excited, he was so good, he learned so fast… it was impossible to keep up with him. And it was a good lesson for me to learn early on.”

“Because you know when you’re in high-school and you’ve got friends who think you’re great, you just think like, ‘I am great!’ All it takes is a 12-year old kid to show up at your door and you go, ‘Oh, maybe I’m not so great, maybe that kid is greater.'”

“So it’s a good lesson to learn early rather than when you’re in your thirties or something like that. You bounce back earlier when you’re young. With music back then, because there was no internet, there was no cable television. It was really super-old-school days back then, there wasn’t a lot of rock that you could see.”

“So it was really hard for little kids to actually see rock musicians play guitar. You had to go to concerts; you couldn’t go to clubs, maybe once a week some kind of rock music was on television, that was about it.”

“We felt like it was really hard to get information to move forward. The good side of it is that we’ve had a lot of uninterrupted time to sit and just play by ourselves or with each other. After – I’d say – two years of lessons, Steve and I did a lot of literally sitting with our backs against each other in the backyard. If the weather was nice – and we could just improvise.”

“We would just sit there without amps. We would just play and see where we could go. So we wound up sort of like comrades. We both wanted to become amazing musicians, we had no idea really how that was gonna work. Of course, we wanted to be rock stars. We were young kids from Long Island who wanted to change the world.”