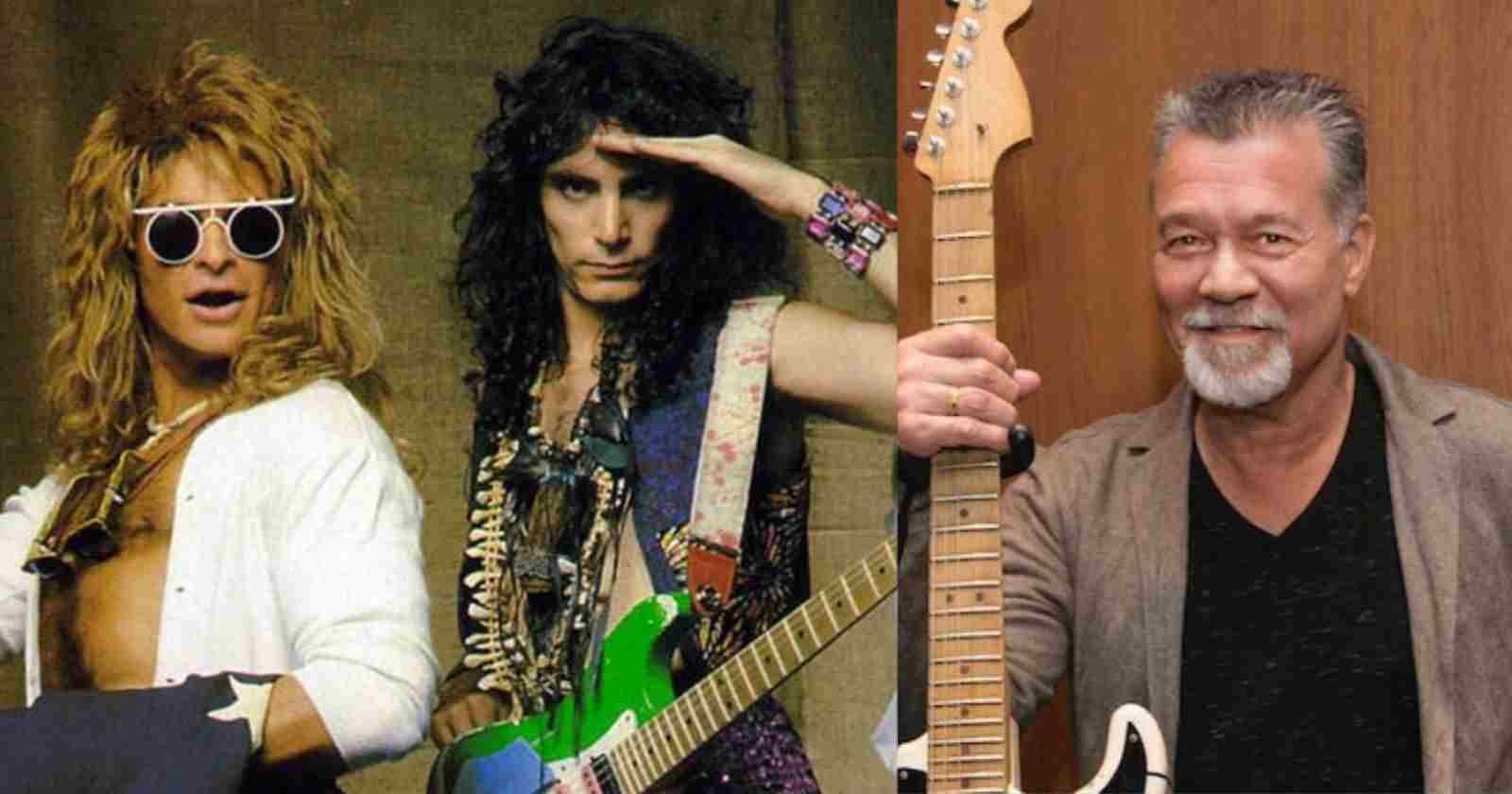 Guitarist Steve Vai recalled in an interview with Rolling Stone when Eddie Van Halen called him after he left David Lee Roth band. The two had met few years before at a Allan Holdsworth concert, but they didn’t became friends back then. It was only after Vai left Lee Roth’s band that they became close friends.

“The day after I left David Lee Roth’s band [in 1989] – I don’t know how Edward found out – but he called me. That was the start of a nice relationship and friendship. For about six months, we actually hung out a lot together, and I got to know the guy.”

“I saw his studio. He played me all these tapes and was constantly writing and playing. He played me stuff that was never released. But it was so Edward. I said, ‘Why don’t you make a solo record?’ And he always felt that the Van Halen records were his solo records. But this stuff he was playing me was really quite nice. It was all the things we loved about the way he played.”

“This would be a very interesting story for guitar players, I think: I was at my house in Hollywood, and in my studio, I was using my guitar, my rig, my pedals, my amps. And Edward came in. We were just hanging out and talking, and he says to me, ‘Let me show you this one thing I was working on.'”

“And he takes my guitar and he starts playing and I realized instantly that it was Edward Van Halen. It didn’t sound anything like me. It had that ‘brown sound.’ It was everything we love about Ed’s tone. He was playing my exact gear, and it sounded like him.”

“We’d go and play softball on Saturday mornings with his brother and a bunch of guys. It was great. I remember he said something very interesting: ‘I thought I was going to dislike you,’ something to that effect.”

“When I joined David Lee Roth’s band, it was a great opportunity for me to play such well-constructed rock songs. They were just a dream. Of course, nobody can play them like Edward. But you do your best. To be on stage with Dave playing those songs was quite a hoot. I liked doing ‘Unchained,’ because it was tuned down. Very heavy. ‘Pretty Woman’ was such a beautiful melody. And ‘Panama’ was always a hoot too. And, of course, ‘Hot for Teacher.'”

“Of course, I could never play like him. I never tried. Only an idiot competes with Eddie Van Halen. But I knew that going into it. But when you’re playing that stuff and you’re a guitar player, you see the infrastructure of it. It’s just so beautiful.”

“I remember making [David Lee Roth’s solo debut] ‘Eat ‘Em and Smile’ and we were working with Ted Templeman and he played me just the naked tracks of Edward’s guitars, and even just one track, one microphone of Edward’s guitar just sounded like an orchestra. Perfectly packaged in this powerfully dynamic expression.”

“One of the things that you start to recognize when you’re hanging out with people as famous as that is they have to put up certain barriers to protect their privacy, as well as their sanity. Edward had to create a barrier of sorts.”

“But when you were let in – meaning, if he felt like you were good company and you resonated with him – then he wasn’t a rock star by any means. He was a really fun, funny, creative, simple guy. You’d think you were hanging out with a friend down the street.”

“He was able to touch us through his inner ear. The songs were obviously simple, in a sense, but just so touching. You can hear the sweetness of his personality – sure he could be pretty intense sometimes, too – but that certain sweetness that I knew in his personality, I hear it, just even in the chord changes to ‘Jump,’ you know?”