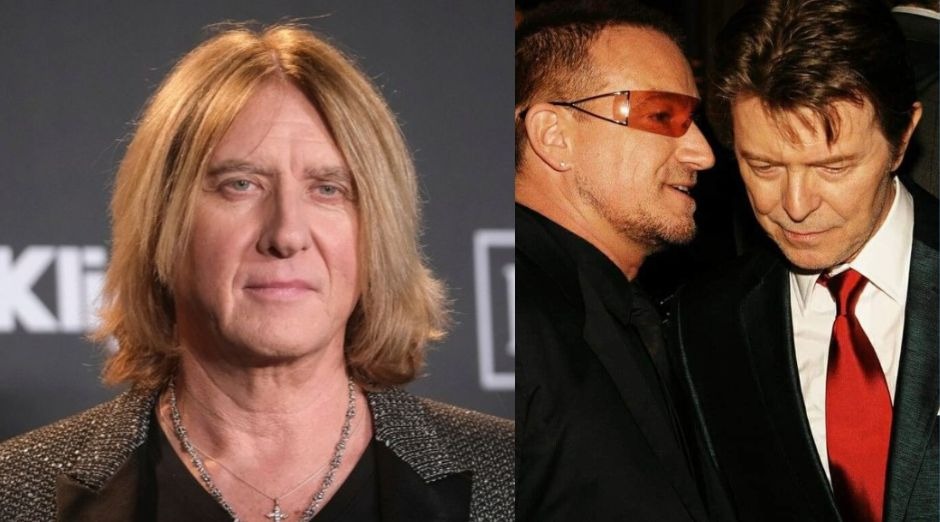 Def Leppard singer Joe Elliott recalled when David Bowie “kidnapped” him and Bono Vox in a mini. The musician talked about this story in an interview with Classic Rock Magazine and said he was a huge Bowie fan.

Talking about David Bowie and when he “kidnapped” him and Bono Vox, Joe Elliott said:

“Without him, I wouldn’t be doing what I’m doing. He was a big part of what made me want to be in a band.”

“It was 1989, and I got an invitation to Bono’s place. He was throwing a big barbecue and everyone who meant something in Ireland was there. [Director] John Huston, [actor] John Hurt… I get there and Bono says, ‘I want to introduce you to somebody.’

“So he takes me upstairs to this room with a snooker table, and Bowie’s sitting on the table. Bono goes, ‘I thought you might like five minutes.’ I’m like, ‘You could have fucking told me. What am I gonna say? ‘How’s your mum, David?” 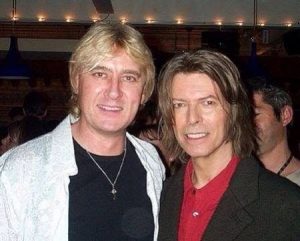 “Me, Bono and Bowie hijacked a Mini and drove to this restaurant where the Edge was having a meal cos it was his birthday. We pulled up, jumped out of the car, sang ‘Happy Birthday’ to the Edge, jumped back in, and drove back to Bono’s.”

“She went fucking ballistic. She thought we’d kidnapped him. We were, like, ‘No, David Bowie kidnapped us.'” 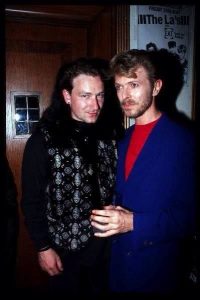 When talking with Bowie in the day about the version he recorded of “All The Young Dudes” from the Aladdin Sane album, he said:

“He was playing The Point in Dublin the next night, so I did him a tape of it and gave it to him just before he went onstage. He went, ‘Thank you,’ slipped it in his suit jacket pocket and went straight out on the stage.

“Everybody in Leppard adores Bowie. There’ll never be anyone like him again.”

Kiko Loureiro is “ashamed” of Brazil’s president response to Covid-19
Musician is selling his rare vinyl collection for almost $ 90,000
Advertisement
To Top