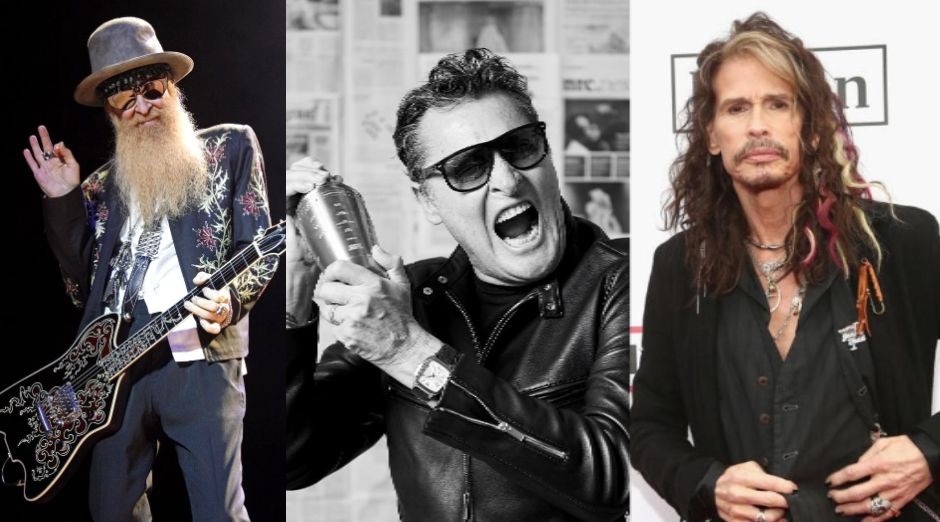 It’s not easy to keep rock bands together after years of touring, successful albums and a lot of money involved. After all this, a great battle of egos, money and addictions has always started in the history of music and many bands did not last much with their original members. But some bands insist on breaking that curse and have been together for decades launching great music and touring the world.

5 old rock bands line-up’s that are still playing together:

ZZ Top is the only band with all the original members since the begining in rock and roll. Since 1969, bassist Dusty Hill (70), guitarist Billy Gibbons (70) and drummer Frank Beard (70) are together, releasing album and playing around the world. The band completes in 2020 51 years.

The Dutch rock band Golden Earring was formed in 1961 (59 years) and had big hits like “Radar Love” (1973) “Twilight Zone” (1982) and “When the Lady Smiles” (1984). Their line-up still have members that are in the band since the 1970. They are co-founders bassist/keyboardist Rinus Gerritsen (73) and vocalist/guitarist George Kooymans (72). Along with flautist/saxophonist/singer Barry Hay (71) and drummer Cesar Zuiderwijk (71). However, other musicians have joined and left the band during the decades. But they were new members added, to have two guitarists or someone in charge only for the keyboards/wind instruments.

U2 was formed in Ireland in 1976 and is still releasing albums and playing all around the world with the same line-up, composed by singer Bono Vox (59), guitarist The Edge (58), drummer Larry Mullen Jr. (58) and bassist Adam Clayton (60). In 1976 the band had Ivan McCormick on guitar and from 1976 to 1978, Dik Evans occupied the same place. After that they had only The Edge playing the instrument.

They stayed together with this line-up until when Joe Perry left the group after a feud with other members and he cameback in 1984. Guitarist Brad Withford also was out for while, from 1981 to 1984. Since 1984 the band is composed by the original line-up (36 years since the last line-up change).

The Rolling Stones passed through several line-up changes since their begining in 1962. In 1969 founder and guitarist Brian Jones was fired from the band that also had another member, also guitarist Mick Jones from 1970 to 1975 and was later replaced for Ronnie Wood that is in the band until today. The only members that are in the band since the first album is vocalist Mick Jagger (76), guitarist Keith Richards (76) and drummer Charlie Watts (78). Bassist Bill Wyman (83) retired in 1993 and only hired bassists took his place. The line-up with Watts, Jagger, Richards and Wood is the same since 1993, completing in 2020, 27 years. The band has 58 years and is still touring.

Many other bands could have been mentioned like Deep Purple. However, the band had several changes in their line-up through the decades, such as guitarist Ritchie Blackmore and keyboardist Jon Lord absence. Def Leppard is also together since the 70s having only added guitarist Phil Collen in the early 80s and Vinnie Campbell in 1992, after Steve Clark’s death.