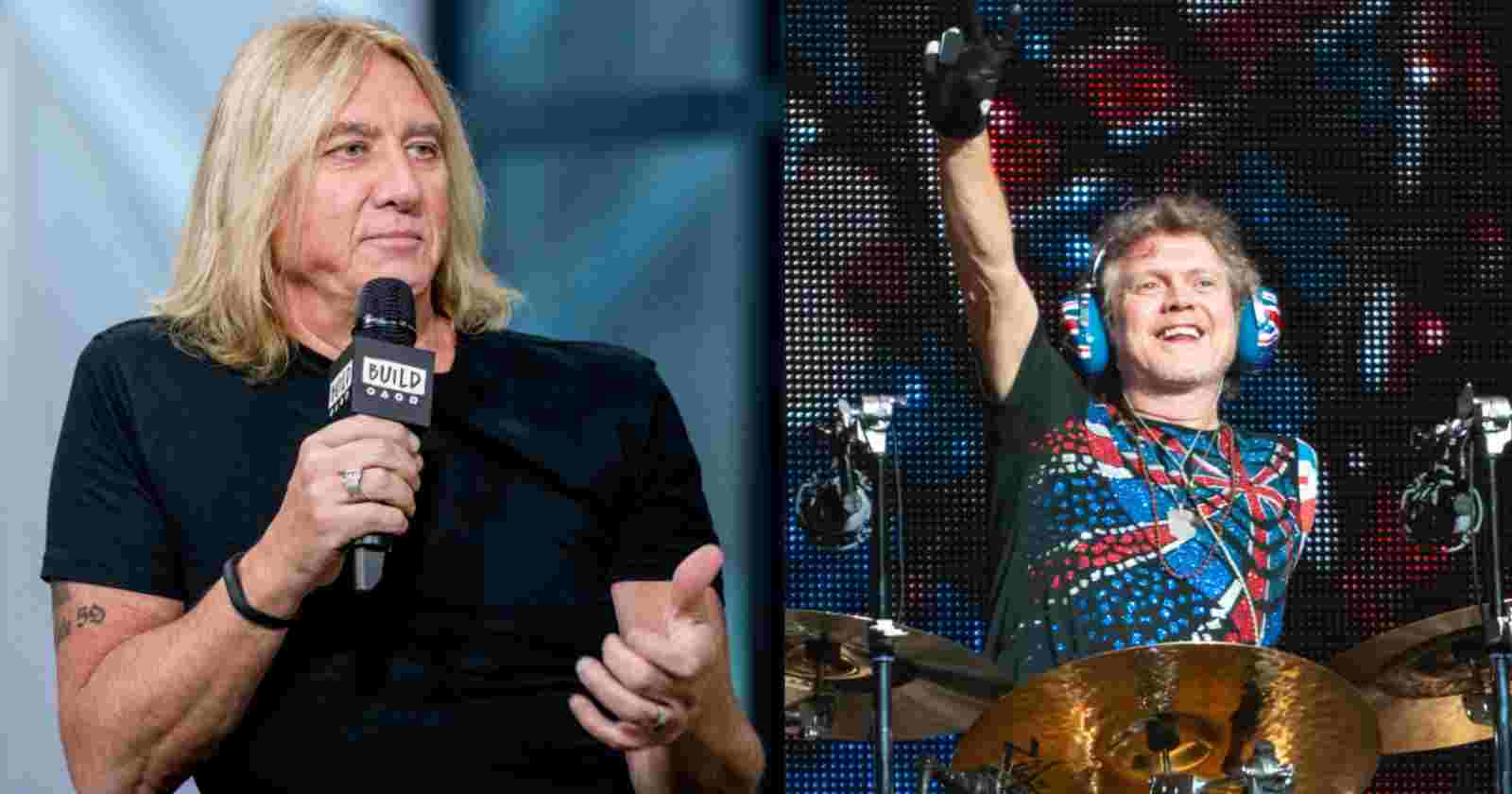 Def Leppard vocalist Joe Elliott recalled in an interview with Download Festival the first concert of the band after drummer Rick Allen lost his left arm in a car accident. The musician re-learned how to play the drums using his left arm and foots.

“It was before it [the festival] was [called] Download, it was The Monsters of Rock, and it was 1986. And it was Rick Allen’s first real gig after an accident – after he lost his arm. We had five warm-up shows in Ireland, and then the next show that we had was Donnington. So we were third on the bill, which is a perfect spot for us at the time.”

“We had sold like zillions of records in America but [1983’s] ‘Pyromania’ hadn’t been a big album in the UK. It’s caught up now thankfully but at the time, we were a bit of a curiosity band. So we had a Top 20 album with ‘On Through the Night,’ we’d had a Top 20, Top 30 album with ‘High N’ Dry,’ so we weren’t really a big band, we were a theater band in the UK. We were third on the bill to Scorpions and Ozzy Osbourne, and below us was Motorhead, a couple of the bands.”

“Bad News, who were filming the second episode of the comic strip series of ‘More Bad News’ – they encouraged everybody to throw bottles at them for the filming. And of course, sadly, when Motorhead went on, they carried on throwing bottles.”

“And Lemmy made this amazing speech, ‘I’ve been in this business way too long to put up with this crap. Stop now!’ And so consequently, they did, and when we went on, they didn’t throw anything. Thank you, Lemmy.”

“But we were this curiosity band for many reasons – one that most rock fans would have known who we were but some of them will have seen us and liked us, some of us have heard of us and never seen us. But they were all aware of the fact that Rick had lost his arm. So when we went on, we’d made this pact of not making a big deal of Rick’s situation because we didn’t want to use it as some kind of excuse for sympathy or whatever.”

“But it just became blatantly obvious the more the show went on that I had to say something. And I remember leaning over to Phil [Collen, guitar] during one of Steve’s [Clark, guitar] solos and going, ‘I think we need to say something.’ And I introduced him, and… You could not only hear the positivity coming from the crowd – you could feel it like a wind. It was crazy!”

“Again, I think it was a big relief for Rick, it gave everybody that kind of feeling of positivity that we’re doing OK here. And we got Brian May, our good friend Brian May from Queen, he had driven all the way up from London to come and see us perform.”

“That was a great moment for everybody in the band to think that we’ve got his blessing – that was just an amazing thing. It was a great gig. I think we played well enough, we won them over, we got good reviews, we felt it was a decent gig, and we had a jolly good time after we came off because I think there was a big relief from everybody that we would pull this off.”

“We always had that self-belief that we would, but festivals are festivals – you get power cuts, you get rainstorms, you get wind blowing stuff all over the place, rain coming down making the stages incredibly dangerous… But luckily, we went on and we were OK, and it was good.”