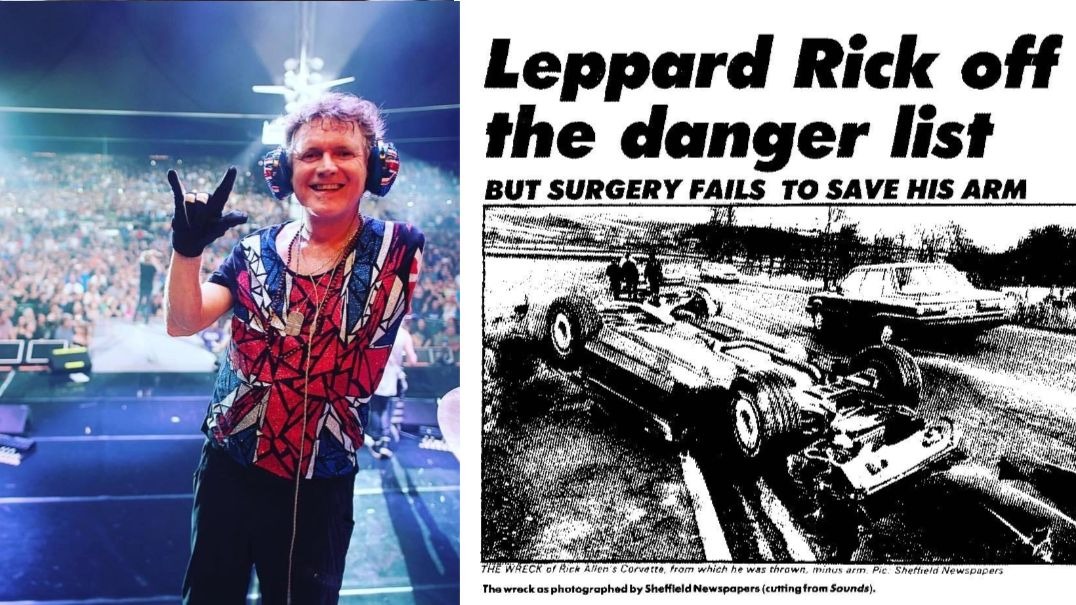 Rick Allen (born 1 November 1963) is an English drummer who has played for the hard rock band Def Leppard since 1978. He overcame the amputation of his left arm in 1985 and continued to play with the band, which subsequently went on to its most commercially successful phase. He is known as “The Thunder God” by fans.

On the afternoon of 31 December 1984, Allen was involved in a car accident with his then-girlfriend Miriam Barendsen on the A57 road in the countryside a few miles west of Sheffield.

While trying to pass another car at a high speed, he lost control of his Corvette C4, which hit a dry stone wall and entered a field. He was thrown from the car because his seatbelt had been improperly fastened, causing his left arm to be severed. His girlfriend suffered head, neck and spine injuries from severe whiplash. Doctors initially reattached Allen’s arm, but because of an infection, it had to be re-amputated. His right shoulder was also severely broken in the accident.

Watch talking about the accident:

Allen and Def Leppard would only return to the charts with the album “Hysteria” in 1988. Allen changes his characteristic: he wears a T-shirt, jeans, without gloves and plays barefoot. For his presentations he uses a drum specially made for him and whose rhythm controls are all on his feet.

According to Def Leppard’s official website, Allen’s bandmate Joe Elliot says, “Rick is a better drummer now than when he had two arms.”

Allen founded along with his wife, Lauren Monroe, an NGO called The Raven Drum Foundation to assist people with physical disabilities.