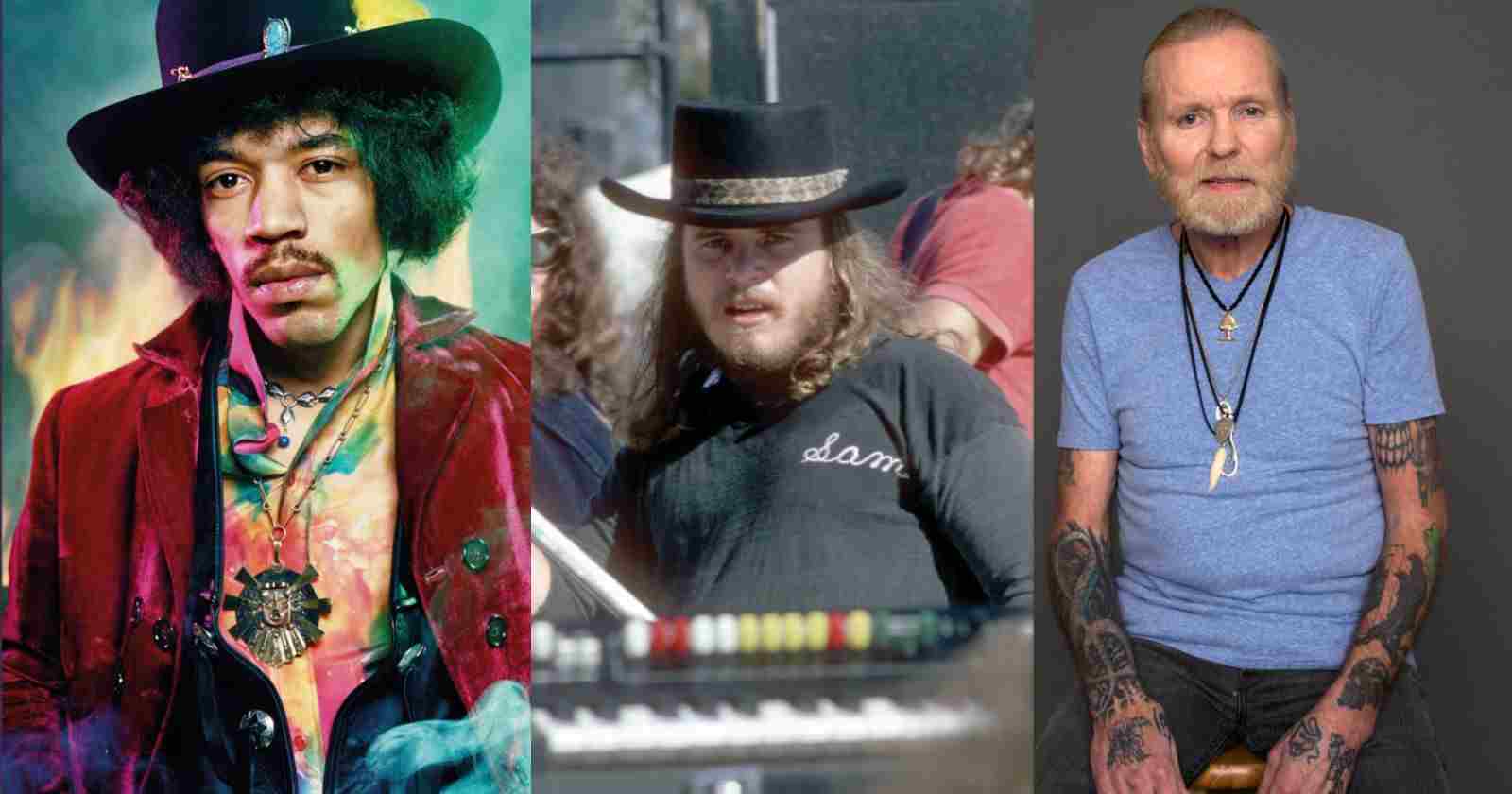 Jimi Hendrix is considered the best guitarist of all time that died to soon at the age of 27 back in 197o. He was friends with the Allman Brothers, Duane and Gregg and  according to guitarist and singer Steve Vest he knew Lynyrd Skynyrd and gave his opinion on them.

Back in 2016, Steve that was an opening act for bands Tom Petty, Lynyrd Skynyrd and The Allman Brothers recalled in his Youtube Channel when he talked with Jimi Hendrix and Gregg Allman in 1970 and saw the two musicians gaving their opinion on Lynyrd Skynyrd, that didn’t even had released their first album.

Jimi Hendrix and The Allman Brothers opinion on Lynyrd Skynyrd according to Steve Vest:

“The year is 1970, it’s July 4th in Byron Georgia, the famous Atlanta Pop Festival. The Atlanta Pop Festival was not in Atlanta, Georgia but in Byron. I was there, Tom Doucette and I played the harmonicas for the Allman Brothers Band and Jimi Hendrix and his experience was there. Jimi was up backstage with me and Gregg. So Gregg was on his right side and I was on his left side. Jimi made a statement about Lynyrd Skynyrd. He said ‘Gregg, I’m surprised that Lynyrd Skynyrd is not here. They are one great Rock and Roll band’ and Gregg said ‘Yeah, they opened up for us in Jacksonville for a while, they were there. They are a really great Rock and Roll band, I agree, Jimi’.”

“These are direct quotes from Gregg Allman and Jimi Hendrix. I thought to myself how Jimi know what Lynyrd Skynyrd sound like when they are back in Jacksonville, it was 1970. So later on, Duane and I got together. Duane said to me ‘Steve, let’s go over the concession stand and get ourselves a hot dog’. So I said ‘Duane, there is only one way that Jimi Hendrix could have known about Lynyrd Skynyrd’s music and that would mean you.”

“Because there is no other way that he would have heard the music’ and he said “My stash, man!”. Now, he wasn’t talking about a stash of drugs, he wasn’t talking about a stash of money. He was talking about his own private collection. You see, Duane had his own reel-to-reel tape recorder as The Allman Brothers had their own reel-to-reel tape recorder. Duane’s was a little smaller, secured in a satchel and he would tape all the live concerts with other bands.”

“So he had this huge collection that he called his ‘stash’. He said ‘Steve, I taped Lynyrd Skynyrd live with us, when they were playing with us. Then I turned them on to Jimi Hendrix before the Atlanta Pop Festival. Knowing Duane, I had the privilege of knowing Duane for 6 years. So I knew that this was just Duane’s personality, you see, Duane ate, breathed and lived the music. This is another great story to back up the fact that Lynyrd Skynyrd is the most original and the best Rock and Roll band ever.”

The band released its first album in 1973. The lineup had bassist Leon Wilkeson, keyboardist Billy Powell and guitarist Ed King. Burns left and was replaced by Artimus Pyle in 1974. King left in 1975 and was replaced by Steve Gaines in 1976. At the height of their fame in the 1970s, the band popularized the Southern rock genre with songs such as “Sweet Home Alabama” and “Free Bird”. After releasing five studio albums and one live album, the band’s career was abruptly halted on October 20, 1977, when their chartered airplane crashed. Van Zant, Gaines, and backup singer Cassie Gaines were killed and the accident seriously injured the rest of the band.