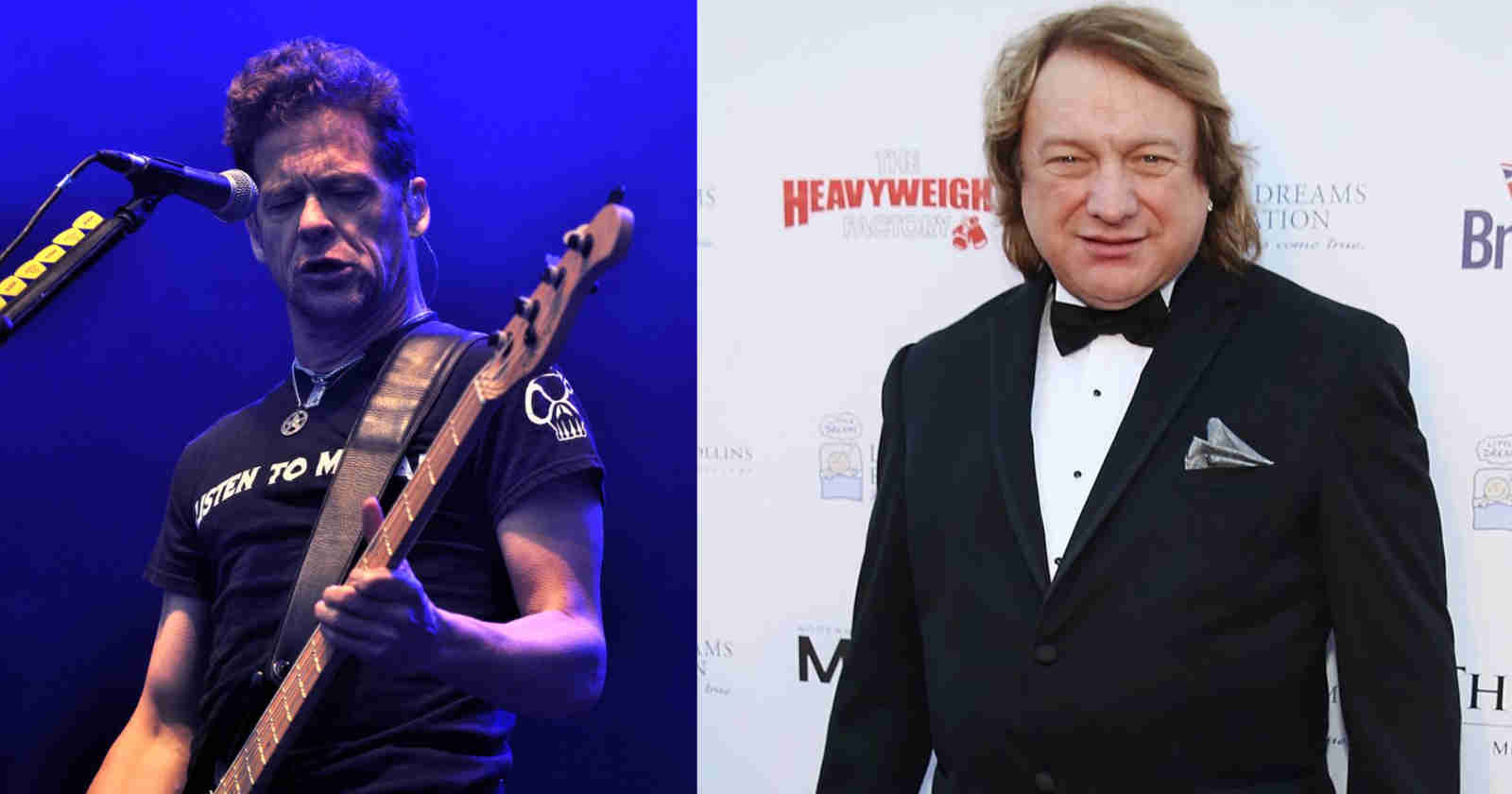 Ex-Metallica bassist Jason Newsted recalled in an interview with Metallica fan-club “So What” (Via Blabbermouth) the interesting story of when he met his hero singer Lou Gramm (Foreigner) during Indianapolis 500  back in 1991 and had the chance to show some songs from the Black Album before it was released.

“I remember I had a tape with three songs on it — I think it was ‘Sandman’, ‘Nothing Else Matters’ and ‘Sad But True’ — on one tape that I carried in my pocket. And I would play it for people and stuff. Back then, you didn’t have to worry about anybody downloading shit. And we were all still very careful about it, and the people I was playing it for were my friends at my own studio and my family in their own house and stuff like that.”

“Indianapolis 500 — the third week of May of 1991. Lou Gramm was there, the singer of Foreigner. So, a big influence when I was a kid. Huge in the Midwest. Gigantic on Michigan and Ohio radio — fucking huge. My brother and all his friends had their poster on their walls. Foreigner was gigantic in my world when I was 14, 15 years old. Lou Gramm’s there, and my friend who had taken us there as a host [said], ‘Jason, meet Lou.'”

“‘Hey, man. ‘Wow. Pleasure to meet you, buddy.’ Lou Gramm said:  ‘I really like Metallica. What are you guys up to?’ [I said] ‘We just finished a record, man. I’ve got a couple of songs. You wanna hear it?’ He said, ‘Yeah, I’d really like that.’ So we get inside a black limousine. He’s sitting up towards the driver side facing me. And I put the cassette in [the desk and I turned it up]. And he fucking sat back in the car, kind of nodding his head [sideways]. I don’t know if he knew he was doing it.”

“And I’m thinking he didn’t like it; he’s nodding his head ‘no.’ And it finishes, and he looks up, and he’s kind of — a little bit — breathing hard. I’m, like, ‘What?’ And he goes, ‘Amazing. Wow!’ He was literally taken by the weight of the song. Just, like, ‘Wow! That’s evil, man.’ Then I played him the quiet song, and he was, ‘Woah. You guys are on to something, man.’ When he stepped out of that car, he gave me some props. And I will never forget that.”