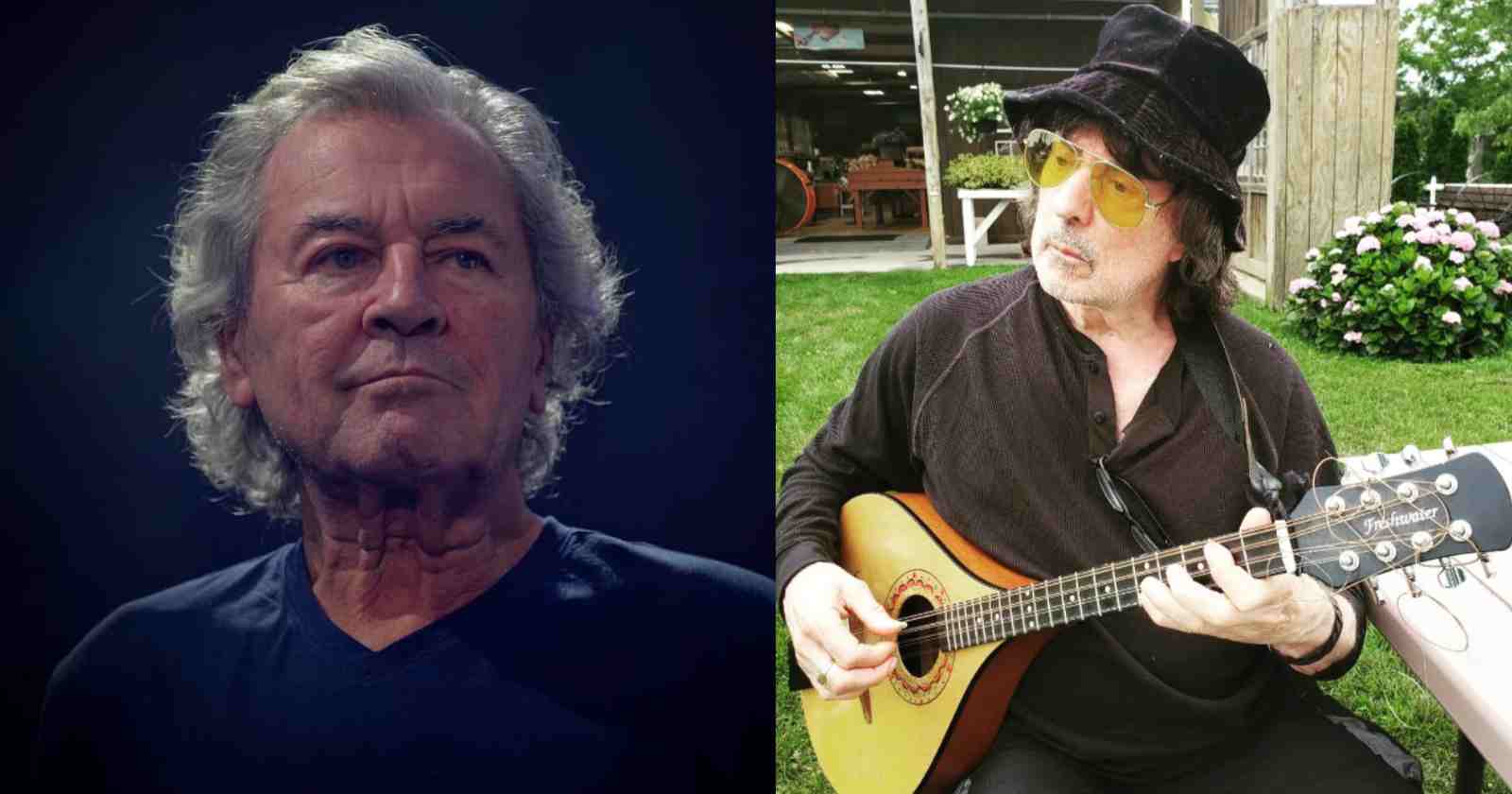 The Deep Purple vocalist Ian Gillan talked in an interview with Rock FM (Transcribed by Ultimate Guitar) about dealing with the band’s ex-guitarist Ritchie Blackmore and how is their relationship with the musician nowadays.

The singer also talked about a possible reunion saying that it would to be reunited with an ex-wife.

Ian Gillan talks about dealing with Ritche Blackmore over the years

“Look, Deep Purple is a family that’s been together even before I joined. In ’68, it was Ritchie Blackmore, Jon Lord, Ian Paice, Nick Simper, and Rod Evans. Roger Glover and I joined in ’69, and in the intervening period, there’s been David Coverdale, and Glenn Hughes, and a couple of other guys. And then, when we grew up, when we settled down and the human chemistry was OK, we were getting on. [When] we had the reunion with ‘Perfect Strangers’ [1984], everything was slightly different. Ritchie was different, I think we all were.”

“Ritchie used to be my roommate with Deep Purple, we used to party together. And I don’t like to think of the negatives, I just have lots of fantastic memories of Ritchie as a guitar player, [he’s got] a wicked sense of humor – and I mean wicked – and a professional, real good guy in that sense. But something changed when we got back together, and the human chemistry wasn’t quite the same.”

“So, it became difficult. And in the end, there was this antagonism. I got fired from the band because I wanted to do more touring and Ritchie wanted to do less. We had a meeting one day, and I said, ‘Why don’t we go to South America, Russia, all over the world, we’re a live band,’ and the next day Ritchie went to the management, and said, ‘Well, it’s either him or me.’ So, they chose him, and that was fine.”

“And they made a record with another singer, and the record label said, ‘Either you get Ian back in the band, or we’re tearing up the contract. So, I went back to Deep Purple, and Ritchie went crazy; he didn’t like it. Eventually, he walked out. So, in normal terms, in a family – because we are a family, we think it was like a divorce. He walked out, and he’s gone. But he wanted to keep control of the band after having walked out. And he’s been a pain in the ass ever since [laughs].”

“But we are getting along much better these days, and we think his manager has got a lot to do with the problem that exists. It’s one of those things that you cope with. And I think the idea of a grand reunion would be utterly disrespectful to the living, breathing Deep Purple. The atmosphere would be terrible, it would be artificial – it would be only for money, nothing else. ‘Cause there’s no love there, there’s no affinity. Twenty-five percent of the essence of Deep Purple is improvisation, and we’ve got a musician now that’s absolutely unbelievable.”

“And I don’t know how much Ritchie has been practicing… I could go on for a long time, but the simple answer is, ‘No’. It’s the ex-wife, we do not want to get back together again,” Ian Gillan said.

The guitarist Ritchie Blackmore was a member of Deep Purple from 1968 to 1975 and from 1984 to 1993. The group recently hired Simon McBride since the guitarist Steve Morse who was the band’s guitar player from 1994 to 2022 decided to leave the band to take care of his wife who is facing health issues.