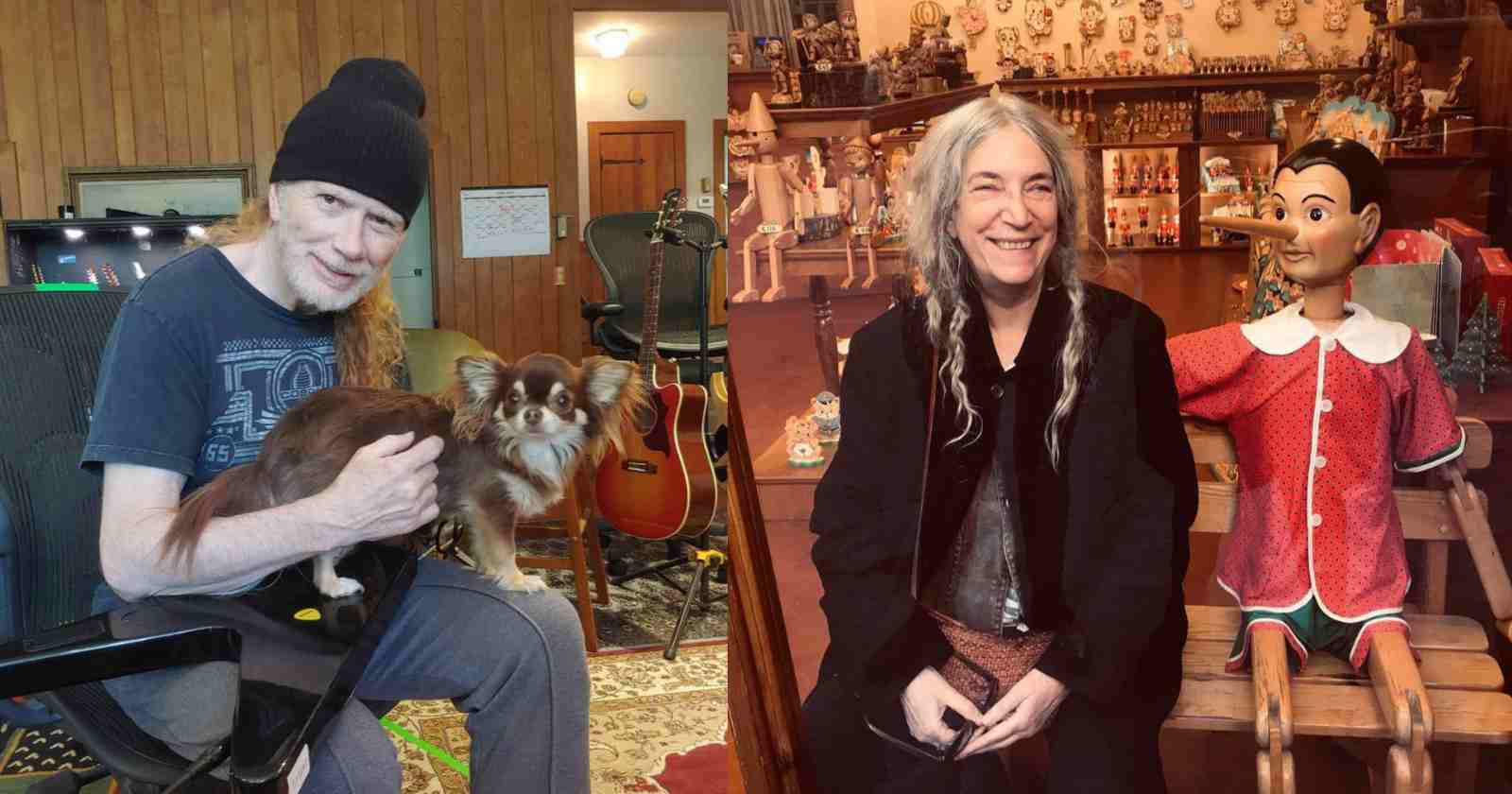 Megadeth guitarist and singer Dave Mustaine recalled in an interview with Gibson how singer Patti Smith inspired the band’s classic song “Peace Sells…But Who’s Buying?” present on the album of the same name released in 1986.

How Patti Smith inspired Megadeth’s “Peace Sells” according to Mustaine:

“‘Peace Sells’ lyrics were actually written with a very fat felt pen on the wall in the rehearsal studios in Vernon, California. I had been living there because we were all homeless, and I was living at the rehearsal building, which was dreadful.”

“There was no fridge, no food, no nothing, no showers, and one day there was a magazine on the coffee table in the front room, and it was Reader’s Digest, and it had a story from Patti Smith – Patti Smith’s cool, right?”

“Peace Sells…But Who’s Buying?” that was Megadeth’s second studio album was produced on a $25,000 budget from Combat Records. Dissatisfied with its financial limitations, the band left Combat and signed with Capitol Records. Capitol bought the rights to the album, and hired producer Paul Lani to remix the earlier recordings. The music video received regular airplay on MTV at the time.

In an interview with Rolling Stone magazine back in 2017, Megadeth leader Dave Mustaine talked about the song, saying:

“I knew when I wrote that song that I was onto something. Because prior to that song, everything was just shred-festing and just playing really fast, aggressive stuff. But as soon as ‘Peace Sells’ came out, it was like, ‘Wow this is really a song-song,’ something that, unbeknownst to myself, would stand the test of time, something that would be my friend forever. Never had I gotten that feeling from our previous songs. I never thought, ‘Hey, you’re gonna be playing this song every night for the rest of your life.’

“MTV News used the bass line for a while, but they did it minus one note so I wouldn’t get paid for it for years. We stopped sending Christmas cards to each other a long time ago, MTV and myself. Though Headbangers Ball was great for us.”