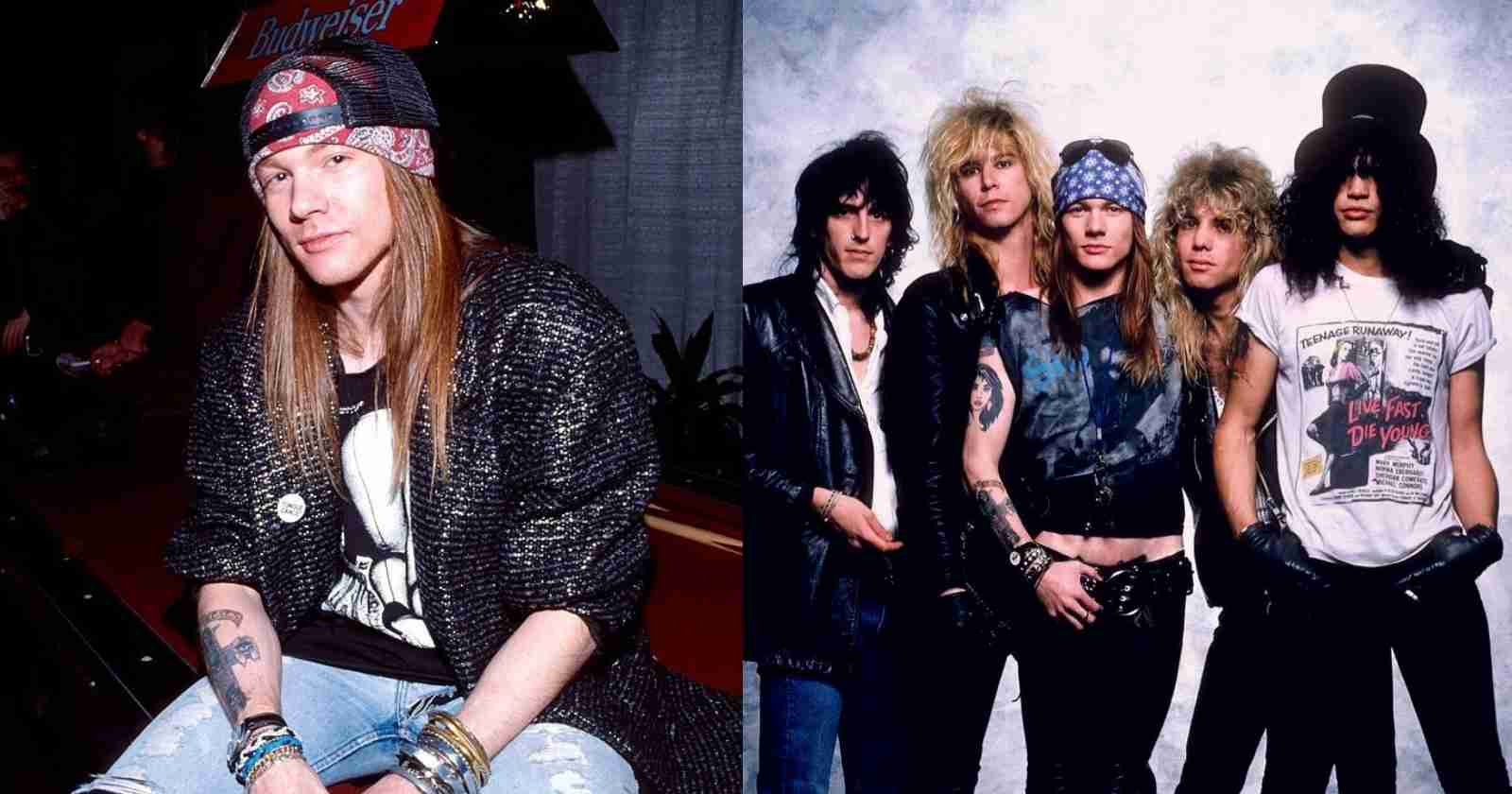 Guns N’ Roses changed the Rock and Roll scene in 1987 when they released their debut album “Appetite For Destruction”. That record became one of the best-selling of all time and their success kept growing with their other releases in the early 90s. Besides the fame and recognition, the band members also received a lot of money and they had an interesting way to split the songwriting royalties.

Doug Goldstein, the ex-manager of the band, who worked with them for 17 years, recalled in an interview with GN’R Central back in 2019 (Transcribed by Alternative Nation), how the band divided their songwriting money in the early days.  “Publishing splits were 20/20/20% (for) Duff, Slash, Izzy, and then 25% Axl, and 15% Steven. That was a gift to Steven. I mean, Axl used to say that all the time. I wasn’t around for the writing. But he was like, ‘Look, they were trying to force me into even splits. Steven never wrote anything. So he considered that a big gift to Steven,” Doug Goldstein said.

In the manager’s opinion, if the ex-drummer of the band Steven Adler had not “sued everybody” he maybe could had a chance to return to the group.  “I think that had he not sued everybody, it would have been a possibility. But once that was thrown out there – it’s amazing, once you have to reach into your own pocket to spend money for legal defense, those are big numbers.”

“I personally spent $500,000. We settled on the courtroom steps, which means we didn’t wait for the jury to come back. When you do that, they do what’s called a jury debriefing.”

Guns N’ Roses released five albums with most of their classic members and “Chinese Democracy” (2008), which had only Axl Rose. Even though the band doesn’t have a long discography, they have sold an estimated amount of 100 million records worldwide. Their songs were used in countless commercials and movies over the decades, what gave them even more income.

According to the website Celebrity Net Worth, the amount of money the classic Guns N’ Roses members have is:

Since 2016, Duff McKagan and Slash are touring alongside Axl in Guns N’ Roses and in 2021 they were one of the top-grossing tours. According to Forbes, they had the seventh most lucrative tour, gaining 47.3 million dollars. The only acts that made more money than them were Rolling Stones, Harry Styles, Weezer, Fall Out Boy, Green Day, The Eagles, Dead & Company and Lou Bukis.