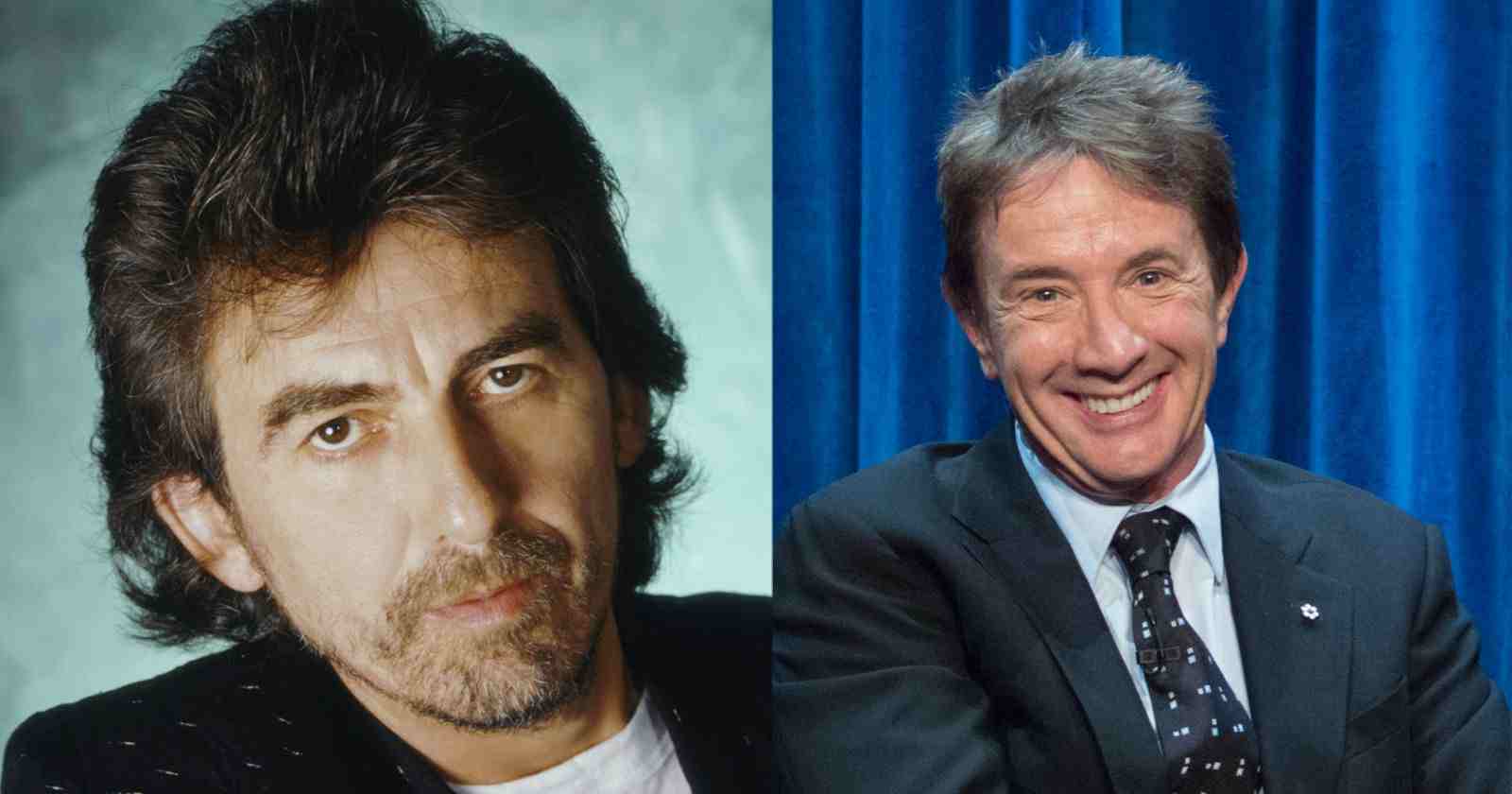 American comedian Martin Short recalled in an interview with Conan O’Brian back in 2019 that he got high with George Harrison while listening to a Traveling Wilburys album at John McTiernan’s (Film director) house while watching the movie “The Hunt for Red October“.

Martin Short said about getting high with George Harrison:

“Well, I guess the most exciting celebrity to meet is someone…not anyone in your peer group, because you’re competitive with them and you want their failure (laughs). When you’re 12 and 11, and the big stars of that time are the ones that are[sic], and I would say of all the people I met through the years, the one that I could not believe I was meeting, was George Harrison.”

“It was 1990, and this fabulous Hollywood couple that I won’t reveal the names of, phone me up and said ‘We’re having a dinner party. How would you like to meet a Beatle?’ ‘Yeah, I would!’, they were gonna have George Harrison.”

“Anyway, so my wife and me are very excited, listening to ‘Rubber Soul’ the whole way and she said ‘wouldn’t be great corner him, as much as he hated it and say ‘what is it like being a Beatle? How great was it? Tell me everything about the 9 years when you were a Beatle?’.

“So of course we laugh and we never did that. Then we got there and there were a lot of fabulous people there, but 10. They were going to show the film ‘The Hunt For the Red October’ and then George walked in and he looked exactly like George Harrison. I mean, he was perfect and he was so fabulous and in one point he said: ‘Does anyone want to hear my new Wilburys album?’ and I said ‘Sure, I would'”

“So he put it on and people were gathering around and after song 1, song 2, song 3 people were drifting away from the bar. But I’m hanging right with him and as people would comeback he would sing lyrics in their face to try to take them back into the album. He couldn’t be more delightful, couldn’t be more fun. Couldn’t be more loose, immediatly friendly, which what you would hope he would be.”

“So I just passed to George Harrison and he took and he went ‘Ooh, the 60s!’ and then he took a puff and he starts to talk really loudly and way to loud for a screening. He was talking to me and in one point he goes ‘You know, I can’t watch Sean Connery, because it’s like watching a Beatle, he is too famous’. Then someone told us to shush and I said ‘Way to go, asshole’ (laughs).”