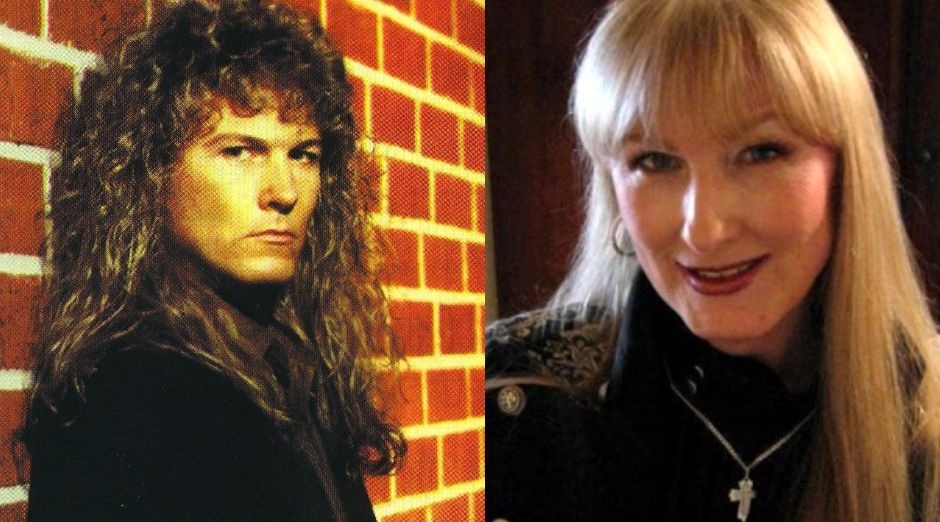 The Heavy Metal singer Mark Free has one of the most beautiful voices you will ever hear. Born on April 12, 1954 in Indiana, Mark Edward Free started singing professionally at the age of nineteen. Ten years later, already in Las Vegas, he starts his first band King Kobra with drummer Carmice Appice (ex-Ozzy Osbourne).

The worldwide success comes with the second album “Thrill of a Lifetime” (1986) and the song “Iron Eagle (Never Say Die)” soundtrack for the film Iron Eagle (1986). After that, the band continues with another vocalist and Free joins Signal. The band releases only one album, the acclaimed “Loud & Clear” (1989), a masterpiece of the AOR style.

In the 90s, a difficult decade for every hard rock band due to the grunge wave, the singer with his new band Untruly Child launches the album of the same name in 1992. Unfortunately the group didn’t make even five shows. In 1993 starts his solo career, releasing the album “Long Way from Love”, and then the last one called “Mark”.

Married, good looking and composer Mark Free seemed to live the American dream of the 80’s on Sunset Boulevard. But just like Queen’s song “I Want do Break Free”, he was stuck in his own body.

On June 24, 1989, Mark got married for the second time, with rock broadcaster Laurie Richardson. The marriage lasts only two years. “She was the last love affair I had with another human being,” he said years later. 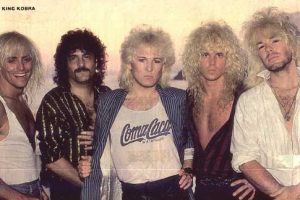 King Kobra in the 80s

To this day, they don’t speak, by Laurie’s choice. “What makes me believe that even though I loved her, she never really loved me, which hurts me a lot,” confessed Free.

In November 1993 he states that Mark Free doesn’t exists anymore. Now, he becomes Marcie Free. Shortly after the announcement of the sex change, her musical world quickly collapses. It was the 90s and the world didn’t seem to be prepared for it and didn’t even care much for melodic rock.

The music business is left behind

In 1995, Marcie Free moves to Michigan to be close to her family, she gets away from the music business and starts working for a mortgage company.

“I thought I would never sing again when I started facing my gender problems head on,” she said in one of the rare interviews in which she talks about the subject. 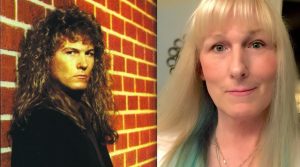 Even former bandmates were unaware of the fact. Carmice Appice said years later that he still “calls him Mark. Appice says he met her some time after he learned about the sex change through a friend.

“I went with my wife and kids, so she came in, sat down and said in that thick voice ‘Hi!’ I said, ‘Hey Mark, what’s up?’ He just said, ‘I bet you’re a little surprised!’ ‘Yes, but maybe not! You wore more makeup when you were at King Kobra” (laughs).

Despite this, in the 1990s she continued to record in the studio, but left the stage. “It is not every day that you are a man changing sex and continue in the public eye, especially one that was recognized for singing a very masculine rock”.

In 1998 Untruly Child released their second album, “Wainting for the Sun” and in 2003 the third “UCIII”, without Marcie. But, she released two solo albums under the code name “Tormented” that were released only in Japan and some European countries.

Appice reformulated King Kobra in 2010 without Marcie, and he explained why:

“No… I’ll tell you why. I had a Mexican DVD from a show we had done in the ’80s – I wanted to simply put it out on the market for whatever fans would be interested in the video, this was the only piece of video of King Kobra live. I wanted to put this out on a label who I’ve worked with, Fuel 2000, and it wasn’t about the money.” 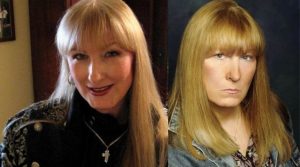 “There wasn’t a lot of money in it, let’s just put it out there so the fans of King Kobra can buy it if they want it. I called her up about it and she said no. She took it a step further and said that if I released it that she’d sue me! I was like, come on give me a break! There’s not even any money in this, it’s about getting the footage out there for the fans.”

“That left a bad taste in my mouth and coupled with the fact that Mark Free left the band because he wanted to play wimpier music… and this album is more along the lines of Ready To Strike. There was just no way that he’d want to do it, and besides, it would just be better without him.”

For decades Marcie faced her dilemmas after surgery with a lot of therapy and came to think about suicide many times. “Was it courage or despair? I had no choice, really. If I continued to live like Mark, I would be dead for sure. But after all these years everything has been rewarding in many ways,” she said.

“I achieved peace of mind, it can be a simple concept for most people, but not when you live inside a body that you feel is someone else’s. When I reached that peace, the desire to be famous immediately left me, adored and accepted by everyone “.

In one of the few interviews for a website in Brazil, Marcie assumes all of her faith and religiosity. She would say that “I would never change my voice surgically, as many do. Music and my voice are gifts from God”. 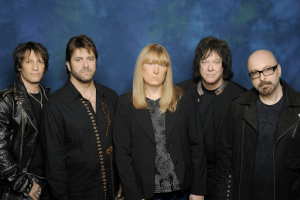 In 2010, the Italian label Frontiers Records proposes a contract for Untruly Child’s return. After Marcie Free accepts, all other original members also join the band.

The result, so far, are three flawless studio records (Worlds Collide, 2010; Can’t Go Home, 2017 and Big Blue World, 2019), a live record (Unhinged – Live from Milan, 2018) and the relaunch of the the band’s original albums in addition to the demos kept by Marcie Free over the years (Reigning Frogs – The box set collection, 2017).

The song “You Don’t Understand” is an outburst from Marcie about the whole trajectory and how she gave up trying to explain what she went through. Free’s vibrant, harmonious voice is still there, more free than ever.