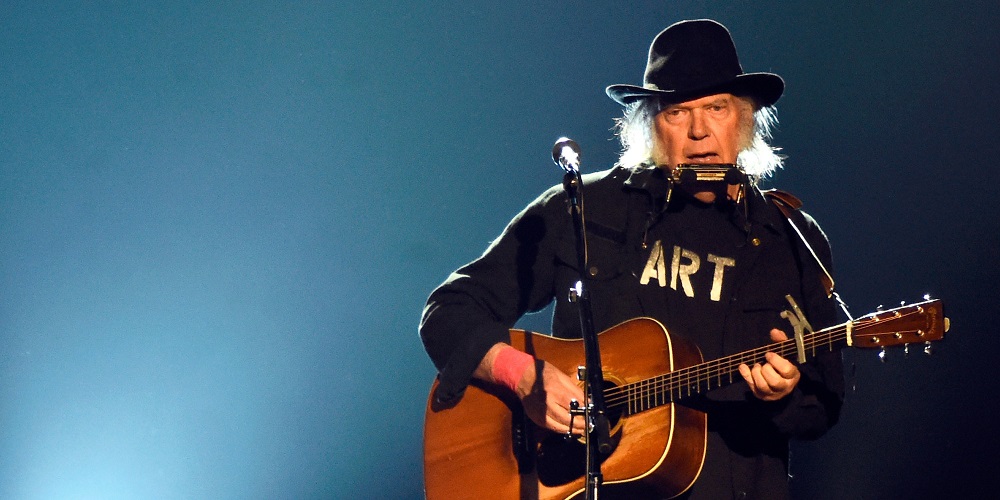 Neil Young released The Visitor, his new album with the band Promise of the Real, in full. The work has official debut scheduled for December 1st.

The album is his third with Willie Nelson’s sons, with whom he has already released Earth (2016) and The Monsanto Years (2015).

You can hear the full album here. 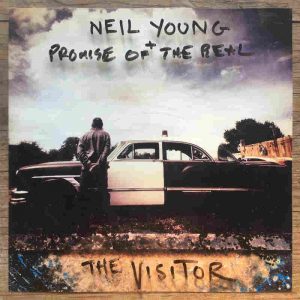 Young released his thirty-fifth studio album, Storytone on November 4, 2014. The first song released from the album, “Who’s Gonna Stand Up?”, was released in three different versions on September 25, 2014.

Storytone was followed in 2015 by his concept album The Monsanto Years. The Monsanto Years is an album themed both in support of sustainable farming, and to protest the biotechnology company Monsanto. Young achieves this protest in a series of lyrical sentiments against genetically modified food production. 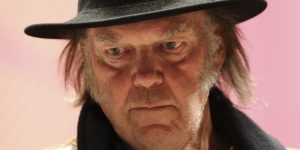 He created this album in collaboration with Willie Nelson’s sons, Lukas and Micah, and is also backed by Lukas’s fellow band members from Promise of the Real. Additionally, Young released a film in tandem to the album, (also entitled “The Monsanto Years”), that documents the album’s recording, and can be streamed online.

In April 2015, it was announced that Young would begin a North America tour titled the Rebel Content Tour, to support the new album, due to begin on July 5, 2015 at the Summerfest in Milwaukee, Wisconsin and to end on July 24, 2015 at the Wayhome Festival in Oro-Medonte, Ontario. 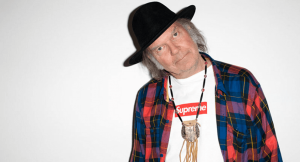 Lukas Nelson & Promise of the Real would be special guests for the tour. After a show on September 19, 2015 in Chicago, Illinois, the tour started over on October 1, 2015 in Missoula, Montana and ended on October 25, 2015 in Mountain View, California.

In October 2016, Young performed at Desert Trip in Indio, California, and announced his thirty-seventh studio album, Peace Trail, recorded with drummer Jim Keltner and bass guitarist Paul Bushnell, which was released that December.

On August 4, 2017, Young announced the September 8 release of Hitchhiker, a studio LP recorded on August 11, 1976 at Indigo Studios in Malibu. The album features ten songs that Young recorded accompanied by acoustic guitar or piano.

While different versions of most of the songs have been previously released, the new album will include two never-before-released songs: “Hawaii” and “Give Me Strength,” which Young has occasionally performed live.

On November 3, 2017, Young announced a new album with Promise of the Real – an anti-Trump one – to be released on December 1, 2017 entitled The Visitor and shared a new song from it called “Already Great”.