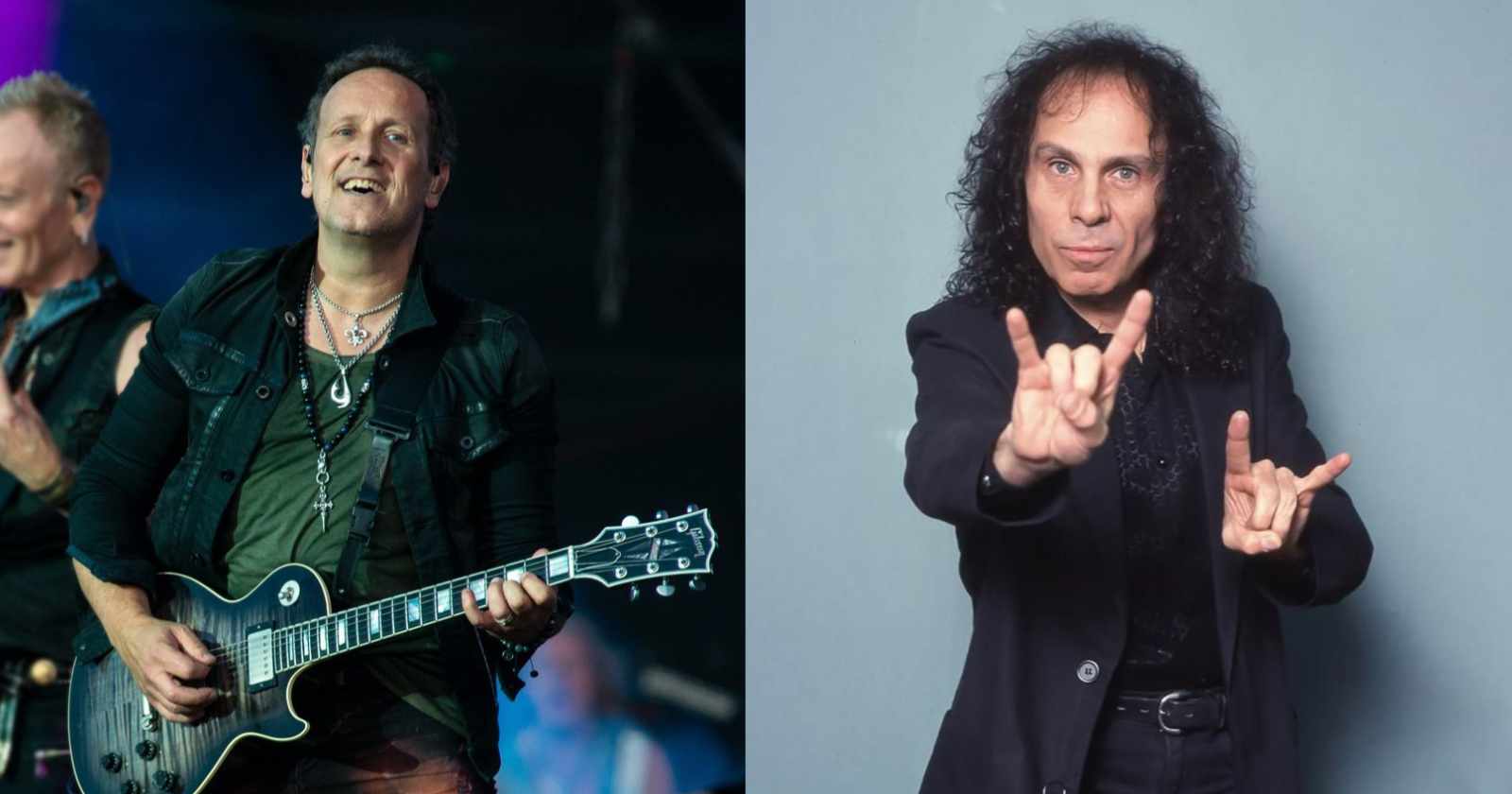 Before becoming Def Leppard‘s guitarist in 1992, the Northern Irish guitarist Vivian Campbell achieved fame as the guitarist of Dio and was an important part of Ronnie James Dio‘s group, working on the classic albums “Holy Diver” (1983), “The Last In Line” (1984) and “Sacred Heart” (1985). The musician was fired in 1986 and he recalled in an interview with “Let There Be Talk” (Transcribed by Blabbermouth) the reason why he was asked to leave the group.

Before forming Dio, Ronnie James Dio was already an established musician being previously the vocalist of Rainbow and Black Sabbath.

Def Leppard guitarist for already 30 years, Vivian Campbell said Dio’s band gained less money then the crew and received nothing for the three classic albums that he did with the famous singer. Wendy Dio, Dio’s widow, who was also the manger of the group claimed in interviews over the years that it was a lie and that Vivian Campbell even bought a Ferrari at the time. However, the musician now explained in the interview how he managed to buy the expensive car. He said that he never spent the money he made as Dio’s guitarist and he lived with his parents the whole time he was in the band and that’s why he managed to buy the Italian car.

He also said that there was a deal between the band and Dio that after the third record they would share everything equally but it didn’t happened: “The money was pretty grim. That was the whole reason why I got fired from Dio. Because I was a squeaky wheel. That night in London in that rehearsal room (When the band was formed) when Ronnie sat us down and said, ‘Here’s the plan. This is what we’re gonna do,’ he had promised us all that by the third record, it would be an equity situation, because, basically, we had to work for next to nothing for the earlier records”.

“And then eventually they fired me. But I was a squeaky wheel. And it was less a matter of the money. I mean, yeah, it would have been nice to get paid for that. But it’s more principle. I’m big on principle. When somebody looks me in the eye and shakes my hand and we have a gentlemen’s agreement, I uphold my end of the deal and I expect the same of people. Maybe I’m an idealist or an idiot for expecting that of human beings, but that’s what I put out and that’s what I give and that’s what I expect from people.”

“With me, the promise was made. The rest of us toiled for several years in the belief that that contract would be fulfilled, and it never was. ‘Cause ultimately Ronnie never told Wendy. Wendy was his estranged wife but his manager. Therefore, by default, the band’s manager. But she never saw it as being a band; he never kind of explained that aspect to her. She always saw Ronnie Dio kind of like Ozzy Osbourne; it didn’t matter who was behind him. But Ronnie should have known better.”

“The magic of that original band, that’s where I really had a beef with Ronnie. He knew how good that band was. For him to be so fearful of Wendy that he wouldn’t even have the balls to tell her that, ‘This is what I want. This is what I promised the guys. This is what we’re gonna do.’ She just kind of went, ‘No, no. You’re the star. You don’t need them. Get somebody else to play guitar.'”