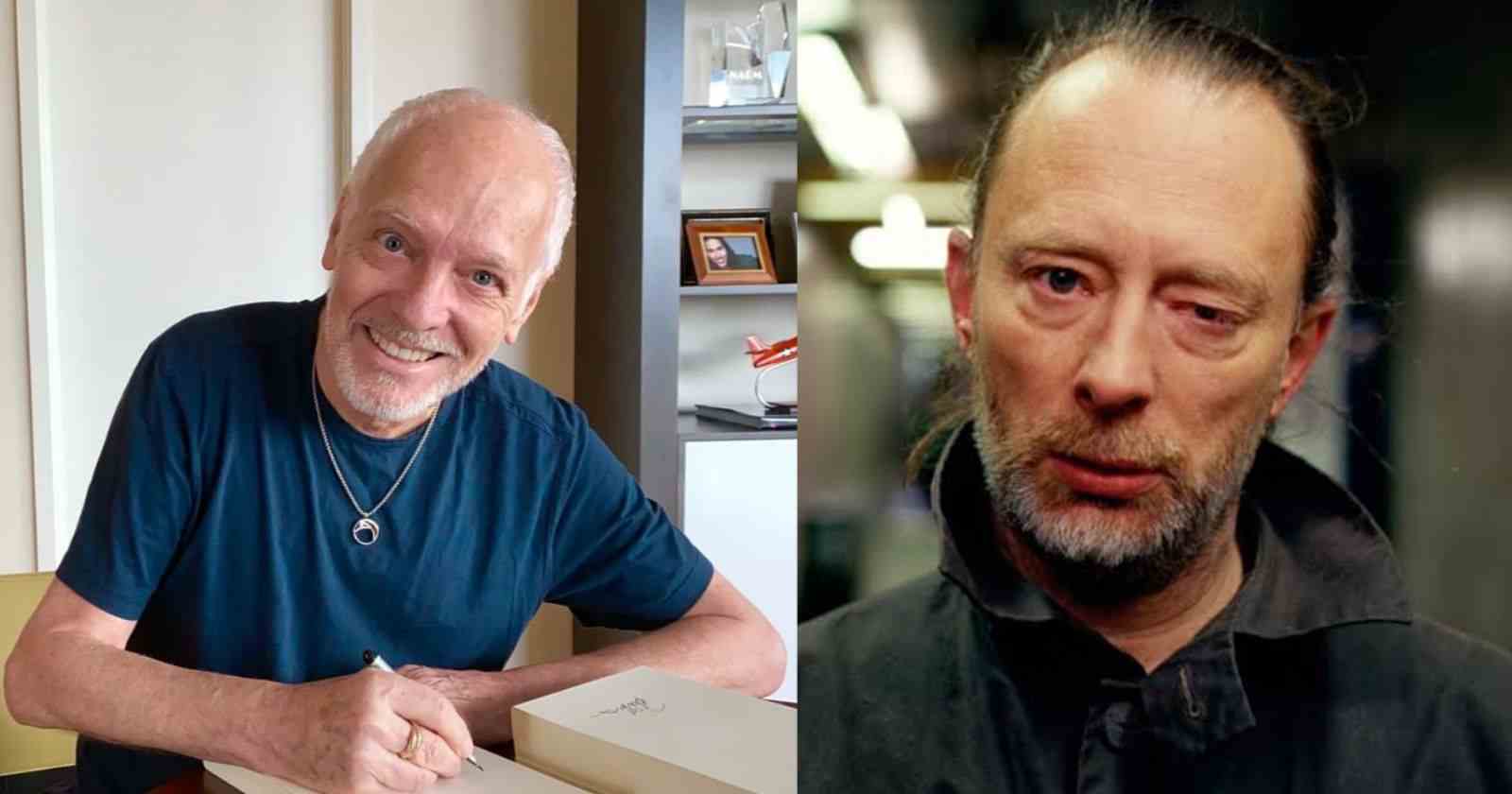 Legendary Peter Frampton is currently promoting “Frampton Forgets the Words”, his new instrumental cover album and in an interview with Grammy.com he gave his opinion on Radiohead, that he covered on the album, playing the song “Reckoner”.

Asked if he knew Radiohead members, he said: “No, I don’t know them. But from afar, I’m amazed by that band. It’s one of the most inventive bands ever, I think, and they keep reinventing themselves with every album, every piece. And it’s something so special; it’s very unique. I mean, every band is unique in some way, but Radiohead are way ahead of their time, I think, which is wonderful.”

“I can learn so much from them just listening to the way [Thom Yorke] sings, plays, the way they all write, the basic chord sequence and the track and the riff. You know, I delve in there. It’s a lesson for a musician. It’s a really big lesson listening to any one of their songs.”

Peter Kenneth Frampton was born 22 April 1950). He was previously associated with the bands Humble Pie and the Herd. As a solo artist, Frampton released several albums including his international breakthrough album, the live release Frampton Comes Alive!.

The album sold more than eight million copies in the United States and spawned several hit singles. Since then he has released several other albums. He has also worked with Ringo Starr, the Who’s John Entwistle, David Bowie and both Matt Cameron and Mike McCready from Pearl Jam, among others.