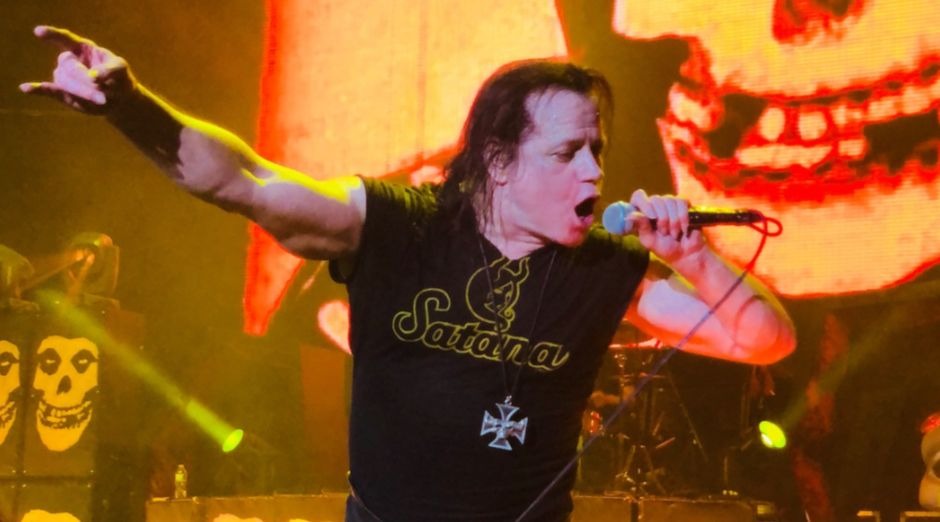 Misfits singer Glenn Danzig talked in an interview with Rolling Stone magazine about the making of Death Rider in the House of Vampires, film written and directed by him that has names like Danny Trejo and Eli Roth.

“It’s an homage to classic vampire movies and, of course, classic Italian spaghetti Westerns. I just mixed the two genres. I didn’t think anyone would have done it before. Basically [the character] Death Rider travels to the vampire sanctuary out in the middle of the desert, and then it all goes crazy after that.”

Does he know it’s a vampire sanctuary?

“Yeah, and he knows that the price of admission is a virgin. So he brings a girl on a horse.”

Did you write the Bad Bathory character for yourself?

“I started writing the script, and I had all these characters. And then eventually I was like, “You know what? I could do this, and we won’t have to look for somebody and we get out of it cheap.” So I didn’t originally intend for me to be that character. But then I just started thinking about him, like, “I’ll just do this one. It’s not a big part. It’d be easy. I could still do the directing.”

“With directing, at least for me, you’re involved in everything. People come to you with wardrobe, sets, casting; preproduction is insane. The director’s got the hardest job. I just want to make sure I’m, like, a real director and not like one of these Hollywood directors where somebody else will start the movie and then they take credit [laughs].”

Did you learn directing from music videos?

“Yeah, music videos and documentaries. A lot of times I would direct or edit the music videos that [producer] Rick [Rubin] would have us do, and he wanted more story-line stuff, which [made the videos] like little movies. As a matter of fact, in the beginning, with a lot of the videos, we just would sit and talk about our favorite horror movies. And of course, him and I both like [film producer] Val Lewton, and Val Lewton’s guy [director Jacques Tourneur] did the Curse of the Demon, too, which has incredible photography.”

“And we would nick little things here or there, like the lighting and things like that. The videos for “Mother” and “Am I Demon” were both influenced by German black-and-white silents and Val Lewton films.”