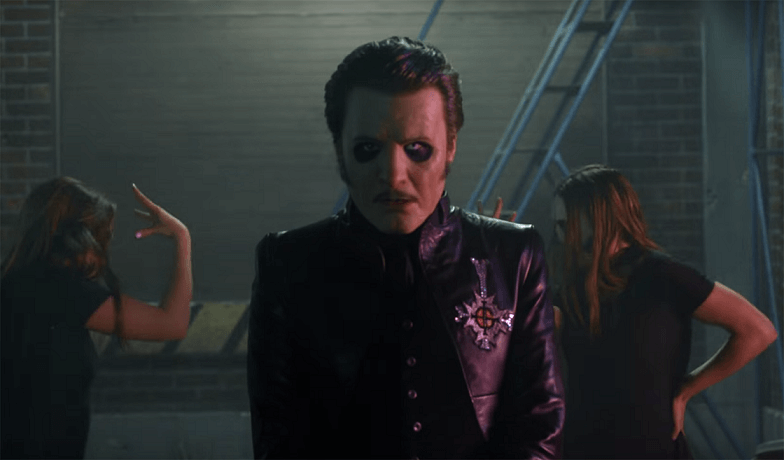 Ghost leader Tobias Forge talked about the meaning behind “Rats,” the lead single off the band’s upcoming fourth studio album “Prequelle,” due out on June 1.

Read what he told NME:

“It’s a song about public trials. Rats traditionally were what carried the plague. But they’re also a good analogy for something that’s all around you. 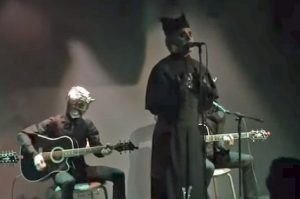 “One thing that’s annoying about rats, is they can hide in your walls. They can come up through your toilet. They sort of eat their way into your life. And so I think about the kid getting bullied, and how in the past, the bullies were just at school, or on the way to school. Now they’re there all the time. Online.

“We look back on ancient times and we like to think about how sophisticated we are now, whereas in the past we were barbaric. But in the last 10 years, I think we’ve regressed back to such a stone throwing, stupid, superstitious, nincompoop way of thinking. It’s fucking horrible…”

So you’re referring to social media? I’m thinking of the line in ‘Rats,’ ‘They’re still coming after you, and there’s nothing you can do’… 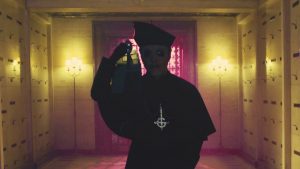 “Well, as much as I’m an advocate for whistleblowing culture in the modern era – of course I’m for that, things that are bad for the world should be exposed – I’m not sure that’s the forum for it. All those people just… shouting…”

Does this relate to your personal experience in wake of the lawsuit [as widely reported, Tobias was sued by some of the previous Ghost members]? When that story broke, it felt like everyone had an opinion on you…