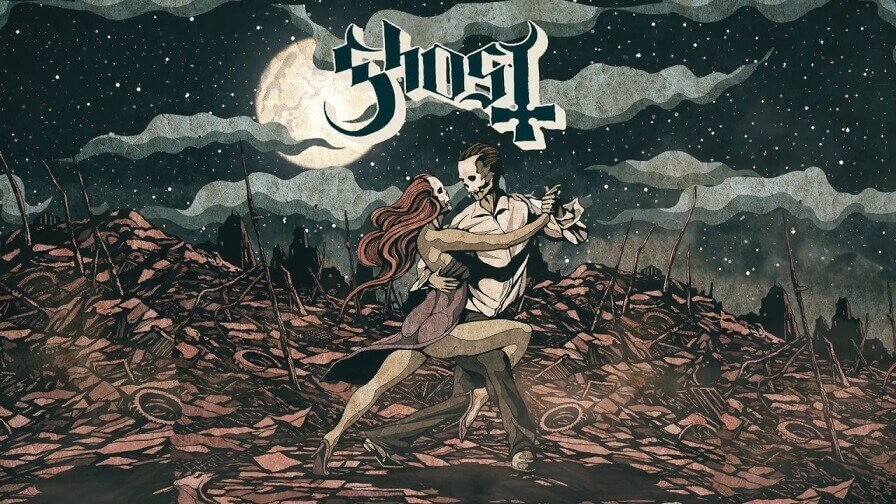 Ghost released a remix version of the song “Dance Macabre”. The rather pop-oriented adaptation of the 1980s was made by the French synthwave artist Carpenter Brut.

“Dance Macabre”, in its original edition, is part of Ghost’s latest album, “Prequelle”, released on June 1st. The album has production signed by Tom Dalgety (Opeth, Pixies and Royal Blood) and collaborations of Mikael Akerfeldt, of Opeth (synthesizers in the track “Helvetesfönster”), and Davide Rossi, of Goldfrapp (orchestration in “Pro memoria”), besides Steve Moore (Zombie), who brought synthesizers to different songs.

“Prequelle” reached # 3 on the US album charts, the Billboard 200, with 66,000 copies sold – 61,000 of them in a traditional, physical format – in its first week of release. In addition, expressive brands were won in other countries: in Sweden, Finland and Norway, “Prequelle” was first in the charts, in addition to being placed 2nd in Germany, 4th in Belgium and 10th in the United Kingdom.