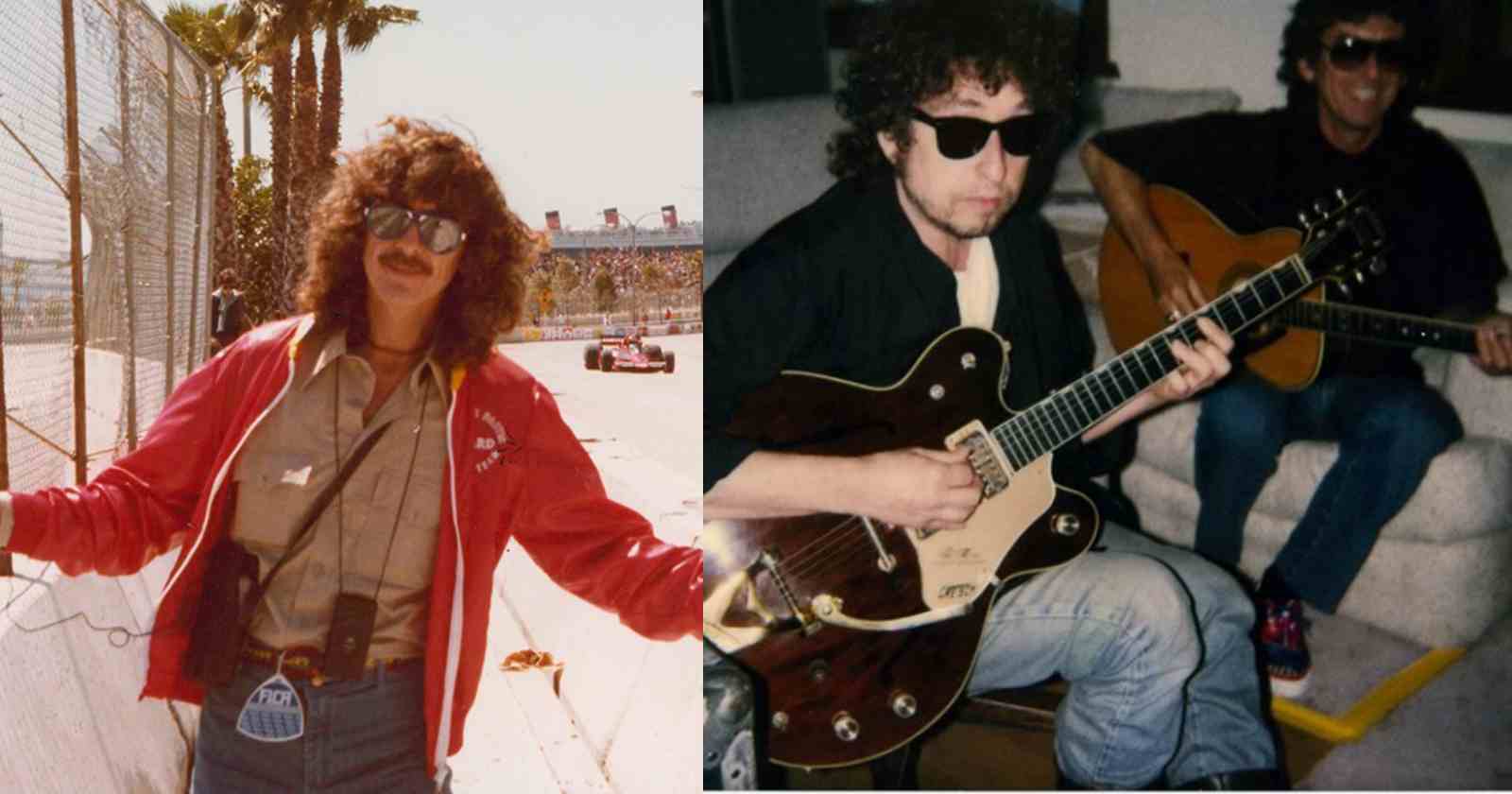 Every musician has his idols and one of artists that influenced George Harrison the most was Bob Dylan and they even played and recorded together in the supergroup Traveling Wilburys that also had Tom Petty, Jeff Lynne and Roy Orbinson. Even though they were close friends for decades already and were very influential musicians, Harrison’s fan side still existed. That drove him to record his own Bob Dylan bootlegs without telling the American musician.

George Harrison had his own Bob Dylan bootlegs:

This funny story was told by the late guitarist and singer Tom Petty, who was the eye witness of the recording of the Bob Dylan bootlegs. According to him there were times that George Harrison would hide behind the bushes with a camera to record Dylan without being seen by the artist. Petty recalled the story in an interview with Rolling Stone magazine back in 2002, saying: “George quoted Bob like people quote Scripture. Bob really adored George, too. George used to hang over the balcony videoing Bob while Bob wasn’t aware of it. Bob would be sitting at the piano playing, and George would tape it and listen to it all night.”

“One day George was hiding in the hedge at the house where we were recording. As everybody flew off, George would rise up out of the bushes with his video going. He also did that with Bob. I think George frightened Bob. When the Wilburys started, George was so reverent of Bob. At the end of the first say, he said, ‘We know that you’re Bob Dylan and everything. But we’re going to just treat you and talk to you like we would anybody else.’ Bob went, ‘Well great. Believe it or not, I’m in awe of you guys. It’s the same for me.'”

“I said to George, ‘That is really amazing, how you said that to Bob.’ George goes, ‘I can say those sort of things. But you can’t.’ [laughs] George adored Bob Dylan; Like ‘Dylan makes Shakespeare look like Billy Joel.’ George absolutely adored the Wilburys. That was his baby from the beginning. He went at it with such great enthusiasm. The rest of his life, he considered himself a Wilbury.”

The first meeting between Harrison and Dylan happened in the 60s when the British musician was still in The Beatles. In an interview with Rolling Stone back in 2007, Dylan talked about Harrison, saying: “George got stuck with being the Beatle that had to fight to get songs on records because of Lennon and McCartney. Well, who wouldn’t get stuck? If George had had his own group and was writing his own songs back then, he’d have been probably just as big as anybody.”

They released only two albums but had many hits like “Handle With Care” and “End Of The Line”. The video of latter paid tribute to Roy Orbison who died one month before the release of the track.

The band also won the Grammy for Best Rock Performance by a Duo or a Group in 1990.