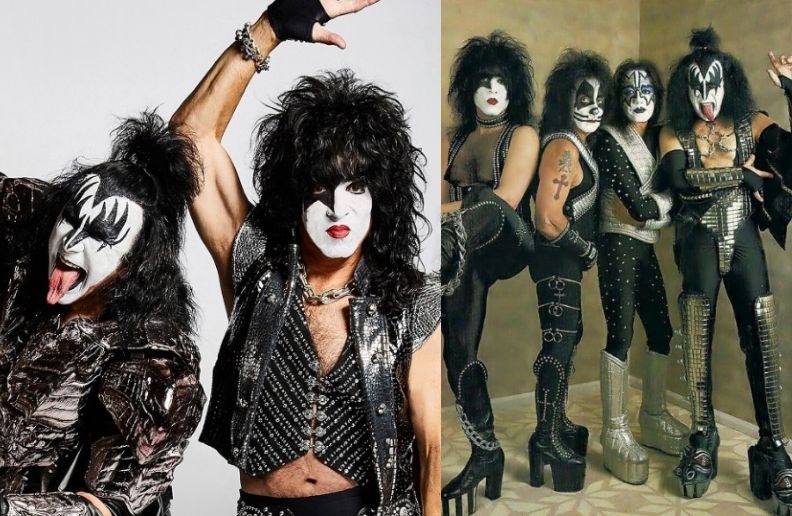 In interview with Ultimate Classic Rock, Gene Simmons, KISS bassist and singer, that is one of the founders of the band said that the original line-up won’t reunite because the ex-members are unprofessional and had many chances over the decades to return to the band, but due to drug and alcohol abuse they had to be fired.

“Ace and Peter have gotten three chances,” he said. “They were in and out of the band – fired – three times. For drugs, alcohol, bad behavior, being unprofessional … they weren’t carrying their load. … So the short answer to your question is we’d love to have Ace and Peter join us here and there. And if they don’t, it’s not going to be because of us. But they’re never going to be in Kiss again.”

Replying to the suggestion that his words were “pretty definitive,” Simmons said, “Three times is the charm; ‘I promise I’ll pull out’ doesn’t work. It’s the boy who cried wolf: ‘Oh, I’ve been straight for a million years.’ Terrific! Have a good life! … Would we welcome Ace or Peter to jump up onstage for a song or two? Of course. Could we depend on either Ace of Peter to do a full set night after night? Not on your fucking life.”

“it’s really not up to me. But I’ll say that this is a celebration of this band and its accomplishments and its history. So anybody who was shortsighted enough to think this should be a reunion is missing the point. That being said, I would love to see everybody at one point or another be onstage. And if that doesn’t happen, it’s their choice, not mine.”

Simmons and Stanley liked the idea of having Bruce Kulick making guest appearances. “We love Bruce. He was always professional and showed up on time. … So I can never say anything bad about Bruce,” Simmons said,

“Bruce is somebody who shouldn’t be overlooked or underestimated as far as his role in the band,” Stanley said.

“Now Vinnie, that’s one exception, and for so many reasons “I would say that’s not someone who I want to celebrate”, Paul Stanley said.

Gene Simmons stated: “It’s worth stating that Vinnie has sued the band and lost 14 times. I’m not here to cast any aspersions. He’s a talented guy. That’s why he was in the band. But would I depend on him to get up onstage and do anything? Never. … Can he come to the shows? Of course! Anybody can. But onstage? Never.”