Take a look at the confirmed dates: 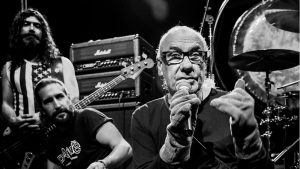 The band made its live debut in June 2016 at Gaslamp in Long Beach, California.

The group, which was formed by Ward “in the desire to have my drumming spirit continue to live,” also features Joe Amodea on guitar/vocals and Kill Devil Hill singer Jason “Dewey” Bragg on vocals.

Ward was on board for the Sabbath reunion when it was first announced in November 2011, but backed out soon after. He later said that he sat out the recording and touring sessions because of unfair contractual terms, although Ozzy, Geezer and Tony have hinted in other interviews that he wasn’t physically up to the task.

Watch they performing a year ago: