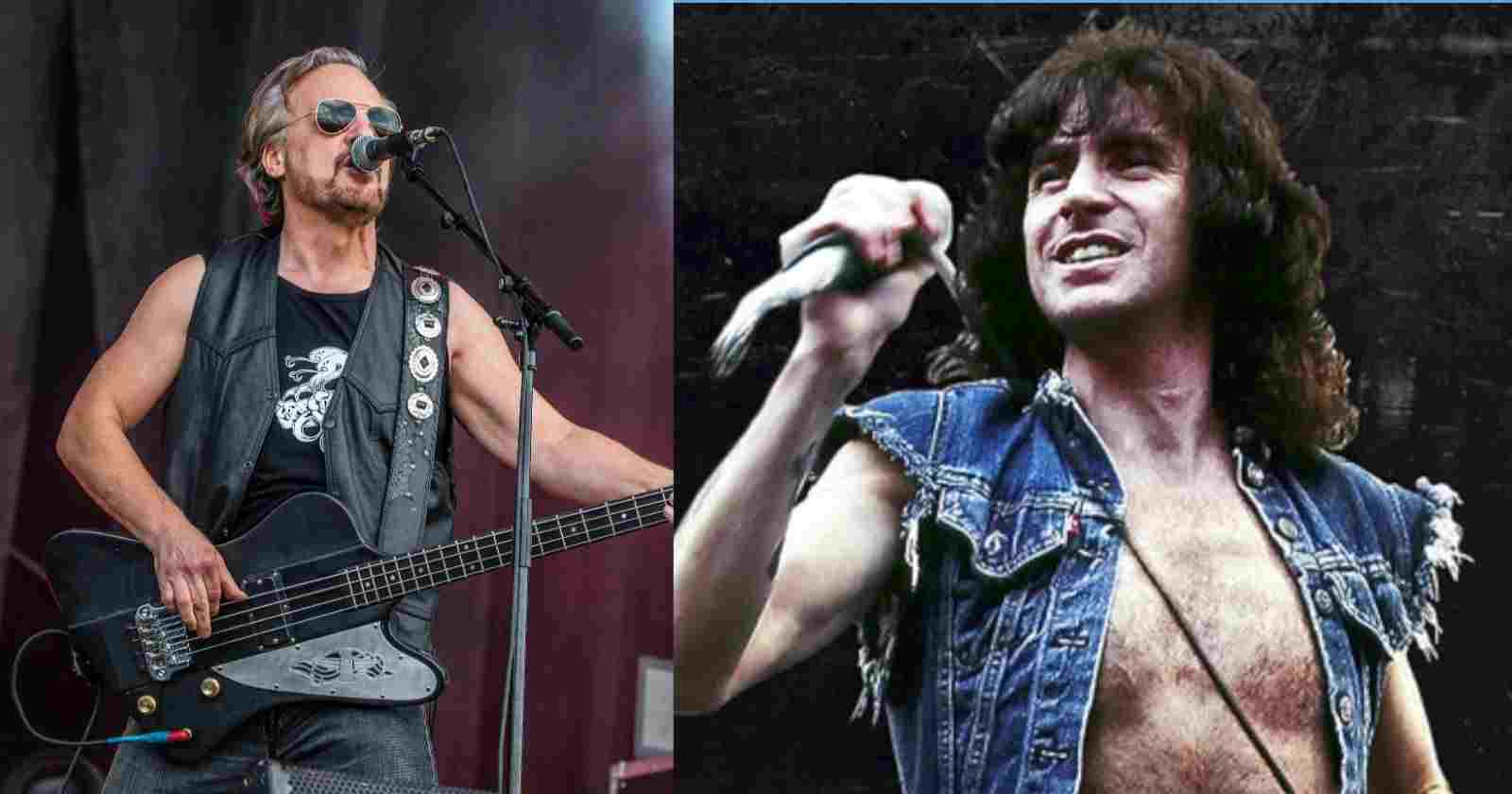 Ex-AC/DC bassist Mark Evans (From 1975 to 1977) that played on four classic albums “T.N.T.”, “High Voltage,” “Dirty Deeds Done Dirt Cheap,” and “Let There Be Rock” talked in an interview with Let There Be Talk about how the late singer Bon Scott was and how he behaved.

“Well, yeah, it seems to be in some areas a portrayal of Bon being this out-of-control dude. Sure, he could be, but we all got out of control back in those days. He was our social director. Within the band, he was called ‘the old man’ because when I joined the band, I was 19 and Bon was 29. It was like being on the road with your mad uncle. Everyone’s got a mad uncle, one who drinks too much at weddings, and it was like that.”

“It looked like Fonzie on the outside but inside there was this really a bit of a hippie ’60s love child sort of thing in there. It’s great fun to be around him, an absolute gentleman… Bon used to come around every Monday night and we’d have roast lamb. He was gonna be at washing dishes with my mum. My mother Norma and Bon got on famously. He really missed the domestic family side of things.”

“It was a great bunch of guys. I can’t talk about it without having a big smile on my face. No point raking over old stories in it but as far as being an out-of-control guy who drank too much and did other things. If he was doing that all the time, he was hiding it pretty well. You can’t be that sharp and that much on the ball if you’re wrecking your life.”

Was he just writing lyrics all the time? Would you look over and he’s just jotting stuff down or how did he…?

“Yeah, he just had books. He had these – here in Australia, we used to have these exercise books kids have in primary school, elementary school, and junior high. Just pads, notebooks.”

“And he would be always writing down things. And he had a great turn of phrase, man! Sometimes the lyrics say things like waiting around to be a millionaire – that’s gold! And even the early stuff like ‘Long Way to the Top’!”

“I remember Bon having a conversation at the back of a gig one time. Bon said, ‘We are street poets, we’re just talking about life” on the road.’ It’s a romantic sort of thing, it’s a part of your life in three or four minutes. So it gets reduced to an essence so to speak.”