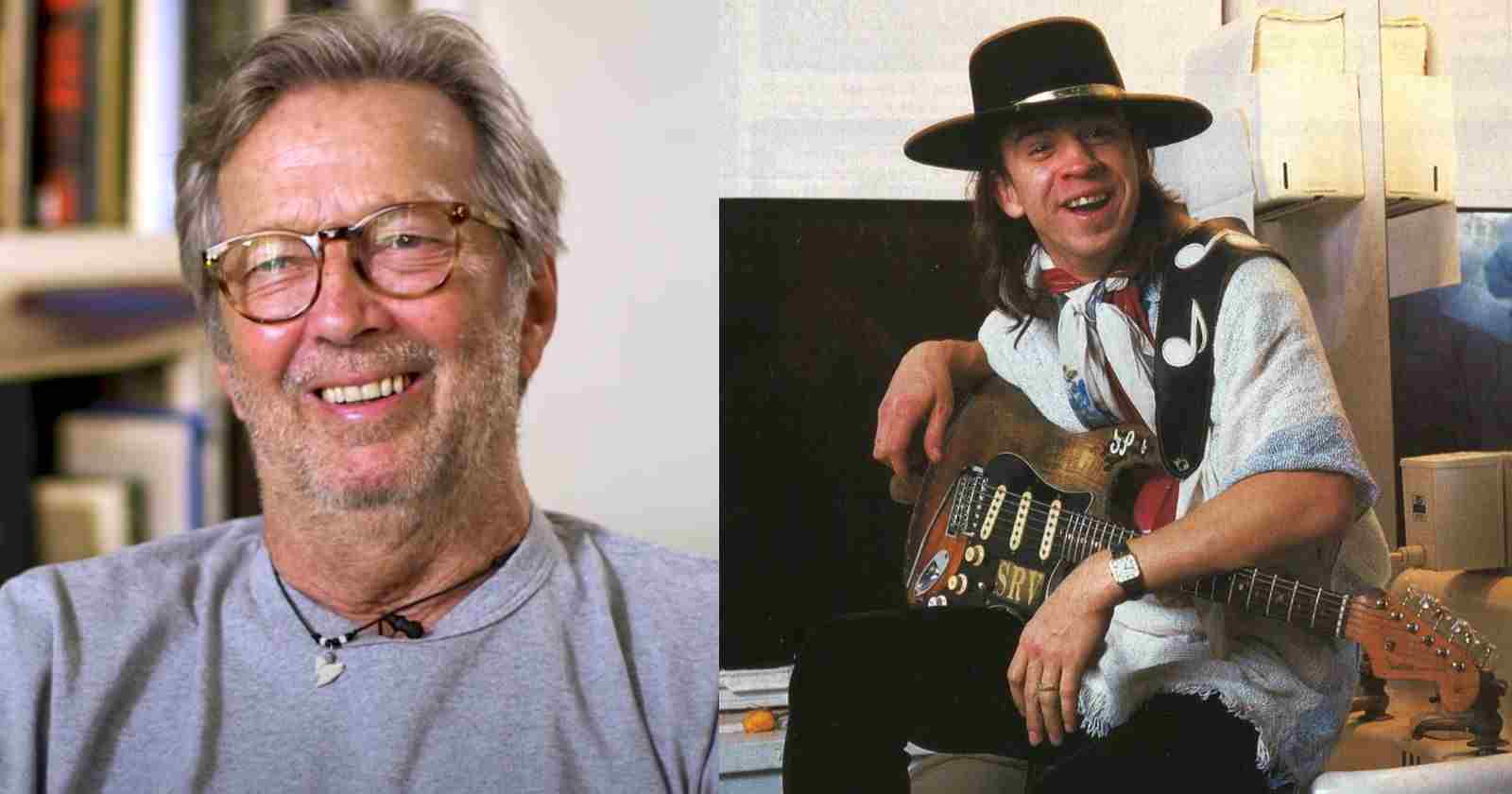 The legendary guitarist Stevie Ray Vaughan tragically died when a helicopter he was in crashed back in 1990. Originally, Eric Clapton would be in the helicopter, but he gave up traveling. In an interview for the book Texas Flood: The Inside Story of Stevie Ray Vaughan Clapton recalled his reaction the first time he ever heard Vaughan playing.

Eric Clapton’s reaction when he heard Stevie Ray Vaughan for the first time:

“I was driving, and “Let’s Dance” came on the radio. I stopped my car and said, “I have to know who this guitar player is today. Not tomorrow, but today.” That has only happened to me three or four times ever, and probably not for anyone in between Duane Allman and Stevie.”

In 1991, in a chat with Rolling Stone, Eric Clapton talked about Stevie Ray’s death

“(I dealt) Much in the same way as I did to my son’s. I mean, there were more people involved, and the death of my son was a directly personal situation.”

“Yeah, Bobby was a tremendous guy, a very funny man. He was in the helicopter with Stevie Ray, as were Nigel Browne and Colin Smythe of my crew. There was a convoy of helicopters, about five of them, and they had to go back through this very thick fog up to about 100 feet above the ground. Once we came out of that, we just took off for Chicago.”

“When I got back, I went straight to bed. And I was woken about seven in the morning by my manager, Roger Forrester, saying that the helicopter with Stevie Ray and our chaps hadn’t come back. And then a bit later, someone discovered the wreckage. That was it.”

“And the vote came out, after hours of discussion, that we should go on. It was clearly felt that if we packed up and went home, the whole thing would just be unbearable. So we went to…I think it was St. Louis, or somewhere in the Midwest, and we were almost in shock.”

“I could hardly remember any of the words. I don’t know how we got through it. But it was the best tribute I thought that we could make – to carry on and let everybody who was coming to see us know that it was in honor of their memory.”

“The worst thing for me was that Stevie Ray had been sober for three years and was at his peak. When he played that night, he had all of us standing mere with our jaws dropped.”  I mean, Robert Cray and Jimmie Vaughan and Buddy Guy were just watching in awe. There was no one better than him on this planet. Really unbelievable.”