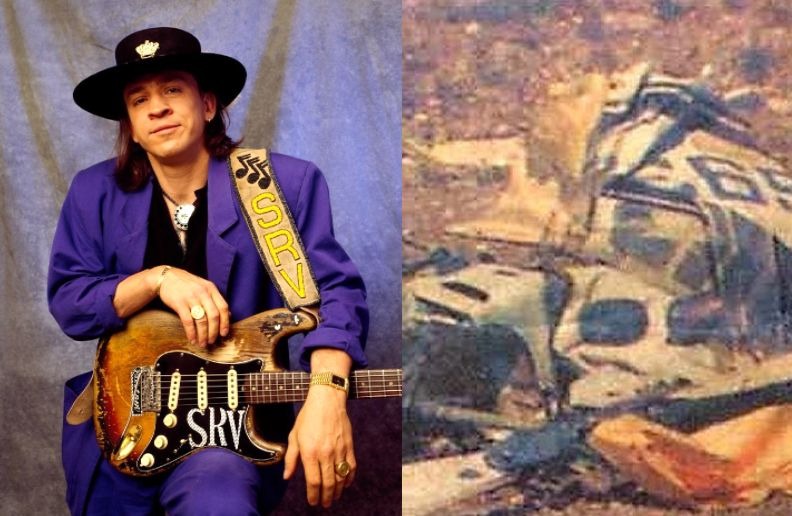 One of the best guitarists of all time, Stevie Ray Vaughan had a tragic end back in August 27, 1990. He died when his helicopter crashed because of a thick fog that which hampered the pilot’s visibility.

British guitarist Eric Clapton invited Vaughan and his band Double Trouble to be his opening act at the Alpine Valley Music Theater in East Troy, Wisconsin. One day before entering the helicopter, he had performed with names like Buddy Guy, Jimmie Vaugha and Robert Cray.

There were four helicopters available for him to pick but he found an empty seat in the one that had members of Eric Clapton’s crew. The British guitarist almost went on the same helicopter but decided to stay sometime before.

The helicopter crashed into a nearby ski hill shortly after takeoff. Vaughan and the four others on board—pilot Jeff Brown, agent Bobby Brooks, bodyguard Nigel Browne, and tour manager Colin Smythe—died. The helicopter was identified as being owned by Chicago-based company Omniflight Helicopters. Initial reports of the crash claimed that Clapton had also been killed.

About the musician Eric Clapton said:

“On the first night, I watched his show for a half hour and then I had to leave because I could not stand it! Suddenly I had this flash, which I had felt so many other times when I saw he play, that it was as if he was a channel. One of the purest channels I’ve ever seen, where everything he played and sang flowed directly from the sky.”